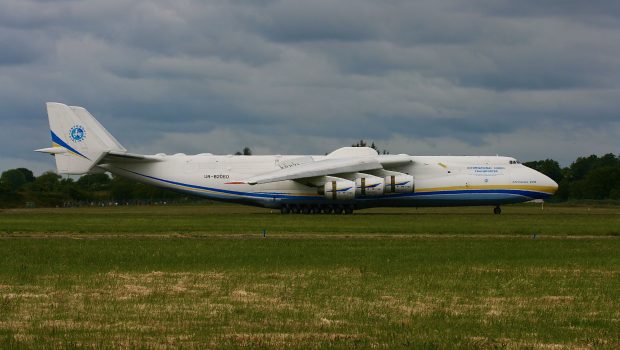 Antonov An-225 in Shannon

Worked began almost immediately to unload the 900,000 medical gowns that were contained in 6,249 boxes which took a team of 20 on rotation over 15 hours to hand load onto the aircraft in China. It was late into Wednesday evening by the time the aircraft’s cargo was cleared out in Shannon. The delivery contains enough gowns to last 12.5 days at current demand levels, according to the HSE. Aer Lingus have recently completed their 200th trip to Beijing since the COVID-19 pandemic began to enable the HSE to have continuous supply of PPR. Other airlines have also brought numerous supplies to Ireland from various countries.

Shanon Airport Director of Operations, Niall Maloney said his airport was “proud to have played its part in bringing this vital cargo to Ireland. Our airport staff have been working on the front line ensuring the safe arrival of PPE cargo flights since the start. It’s an incredible aircraft and when you see it on the taxiway here, it dwarfs anything else on the airfield, When you take its enormous size into perspective, it’s almost unbelievable that it can get up into the skies, let alone be as graceful when it’s up there.”

The crew filmed the approach to Shannon from the cockpit (see below). The aircraft will remain parked up at Shannon on Thursday and is scheduled to depart back to its home base of Gostomel Airport, Kiev in Ukraine for some routine maintenance. It is currently scheduled to depart from Shannon at 09.00 on Friday morning.