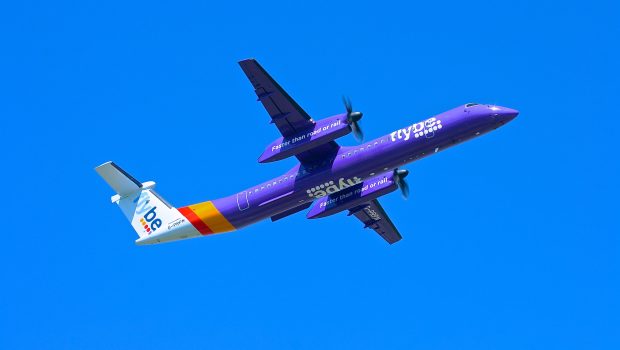 British Regional airline FlyBe ceased operations on the evening of Wednesday 4th March with the company being placed into administration shortly afterwards. Posts on social media early on the Wednesday evening brought serious speculation about the demise of the airlines. Stories of aircraft not being fuelled, blocked movements and last minute cancellations of flights filled Twitter. The airline had been having financial difficulties over the last few years. Airport Passenger Duty (APD) was a significant barrier to regional air travel when competing forms of transport had no such tax. The rate was about £13 per sector and over the last few years the airline had accumulated a tax bill of £106m with HMRC. In January this year, FlyBe made an agreement with HMRC to defer the bill subject to conditions which included an investment of £100m from the consortium behind the airline, Connect Airways.  With mounting losses and forward booking decimated by COVID-19 (Coronavirus), the decision was made to cease operations.

The first aircraft was impounded at Glasgow at 19.51 on the Wednesday evening but some flights still operated back to their bases that evening. FlyBe operated a fleet of over 60 aircraft with the majority being the De Havilland DHC-8Q400 aircraft. The airline was a regular visitor to Irish Airports with eight flights daily to Dublin, two daily to Ireland West Airport Knock and a daily service to Cork. George Best Belfast City Airport will take the brunt of the airlines’ collapse as 79.5% of all scheduled flights were operated by the airline. Regional airports across the UK will also feel a huge drop in traffic figures as FlyBe were the largest Regional airline in Europe and had bases in Southampton, Exeter, Cardiff, Birmingham, Manchester, Glasgow, Edinburgh and Aberdeen. At some of these airports, they operated over 60% of the flights. The company had over 2,000 staff and many more are likely to be affected in the supply chain.

Since the airline collapsed, Ryanair, Loganair, easyJet, British Airways and Scottish Rail have come to the rescue of passengers and staff by offering cheap fares to those stranded. Loganair  announced in the hours following the collapse that it will take over 16 former FlyBe routes from Scotland over the next 3 months.

FlyBe started out life in 1979 as Jersey European Airways with a variety of commuter aircraft mainly operating from the Channel Islands and around the Southern UK. The airline experienced significant growth during the 1990’s and was rebranded British European in 2000. It was rebranded again as FlyBe (Fly British European) in 2002 and was floated on the London stock exchange in 2010. The airline was taken over by Connect Airways consortium in 2019 which is backed by Virgin Atlantic and Stobart Air. Future plans were for the airline to be rebranded as Virgin Connect.