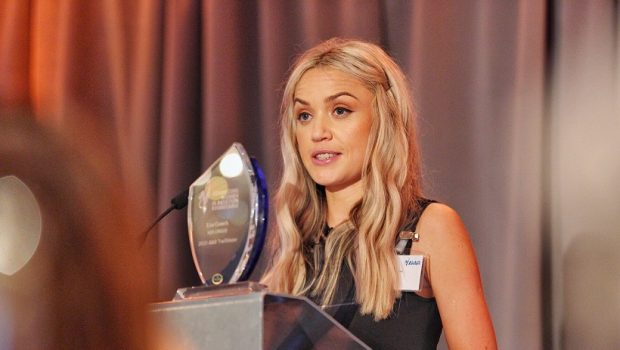 Pictured: First Officer Lisa Cusack, a pilot with Aer Lingus and DCU Alumna was the recipient of the prestigious AWAR Trailblazer Award presented at the Advancing Women in Aviation Roundtable at the Conrad Hotel.

Dublin City University, in partnership with the aviation industry, has kick-started a year-long focus on the area of inclusion in the aviation industry. The ‘Year of Inclusion in Aviation 2020’ encompasses a range of activities aimed at growing knowledge and building awareness around inclusivity, with a specific focus on increasing the representation of women in aviation. Two key events were held in late January, the ‘Advancing Women in Aviation Roundtable’ (AWAR) Dublin and the Airfinance Journal Conference 2020.

Speaking at the AWAR event, Sandra Healy, Director of the DCU Centre for Excellence for Diversity and Inclusion said: “The Irish aviation industry supports 42,000 people directly but as the sector continues to grow, a key challenge will be in building a more inclusive, diverse and sustainable workforce to support the pace of growth and continued business success. Recent research into the aviation industry has indicated that about 30% of the workforce is female, but only 16% of those surveyed confirmed that over 30% of women occupy senior roles in their organisation. The ‘Year of Inclusion in Aviation 2020’ initiative has been carefully designed to deliver really tangible supports and outcomes to increase the representation of women and create a more inclusive and diverse industry overall”.

Amelia Anderson, co-founder and President of AWAR and Chair of the Advisory Committee for the ‘Year of Inclusion in Aviation 2020’ said: “AWAR is delighted to partner with DCU and the Centre of Excellence on this important initiative, and we look forward to helping our industry peers build a more sustainable, inclusive workforce”.

At the AWAR event, First Officer Lisa Cusack, a pilot with Aer Lingus and DCU Alumna, was presented with a prestigious AWAR Trailblazer Award. Lisa was chosen for her unwavering determination and self-belief to realise her lifelong dream of becoming a pilot. Attendees at the roundtable event heard of how the Dublin native, who grew up beside Weston Airport, studied physics at DCU and then spent many years working in the industry, building her knowledge and experience. Despite facing significant obstacles and many set-backs along the way, she eventually secured one of only 18 places on the Aer Lingus pilot cadetship and is now a First Officer regularly flying transatlantic.

Commenting on the award Amelia Anderson said: “We’re incredibly honored to recognise Lisa Cusack as the 2020 AWAR Dublin Trailblazer. Lisa’s story is one of grit, resourcefulness and tireless determination, and she is an inspiration for young women and girls across Ireland”. 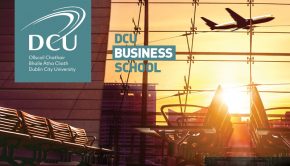