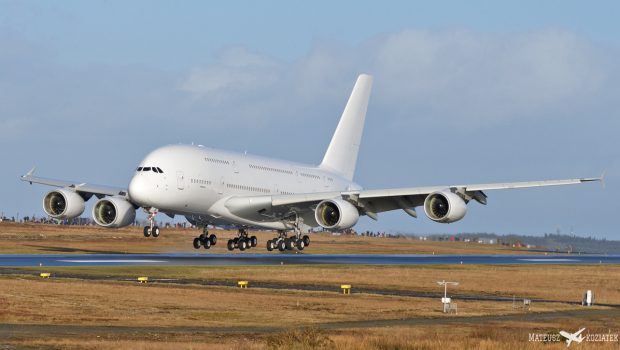 After several delayed flights, former Air France Airbus A380 F-HPJB arrived into Knock just after 1600 on Thursday 20th February. Arriving as the AFR373S, this was to be the last flight of this aircraft as it will now be scrapped by EirTrade after just 10 years in service. Crowds gathered at Knock and here are a selection of photos that have been sent into us by some of those lucky enough to be there on the day. Main photo by Mateusz Koziatek.