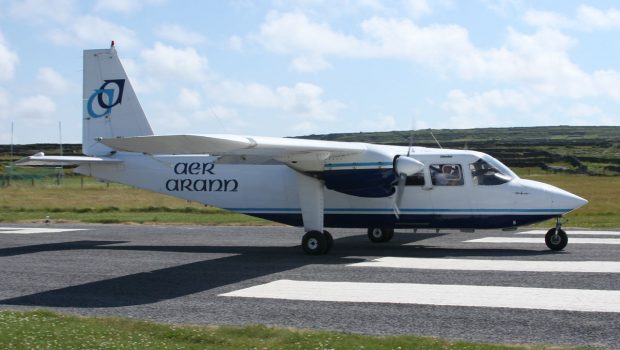 Senator Pádraig Ó Céidigh has sold Aer Arann Islands to Galway businessman and pilot Jarlath Conneely with the contracts signed last week. Aer Arann Islands operates Public Serivce Obligation (PSO) from it base at Aerfort na Mine in Connemara to the three Aran Island, Inishmore, Inishmaan and Inisheer. The airline operates three Britten-Norman Islands, EI-AYN, EI-BCE and EI-CUW. The PSO routes are currently planned to operate until the end of January but an extension to this deadline is likely. The contract is worth about €800,000 annually. As we reported in December, the Department of the Gaeltacht bought (Aerfort na Mine) for €2.75 million.

Jarlath Conneely is well known in the Irish general aviation community and has been flying for 35 years. He is a member of the Galway Flying Club and is originally from Salthill in Galway.

Aer Arann Islands was established in 1970 by James Coen and Ralph Langan to provide an island-hopping air service between Galway and the Aran Islands. Operations, using a single Britten-Norman Islander, began in August 1970. In 1994 Padraig O’Ceidigh purchased Aer Arann and set about laying the groundwork for a feeder air service for Ireland and the UK. This continued to grow over the years and was the basis for Stobart Air as we know it today.

In other Galway Aviation news, Galway City and County councillors voted to grant a licence to Galway Flying Club to use the Galway Airport site over the next year. While the flying club has secured the leasehold for the airstrip for 2020, they have been advised to search for an alternative location going forward due to future plans to develop the site. 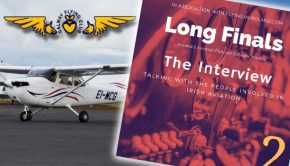 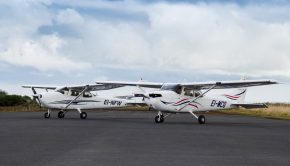