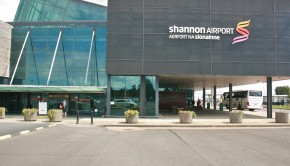 Shannon Group Welcomes New Appointment to the Board

Department of the Gaeltacht to Buy Connemara Airport

Reports this week suggest the Department of the Gaeltacht will pay €2.75 million for Connemara Airport (Aerfort na Mine) in

Senator Pádraig Ó Céidigh, founder of Aer Arann, has suggested that the government move to open Baldonnel to commercial flights.