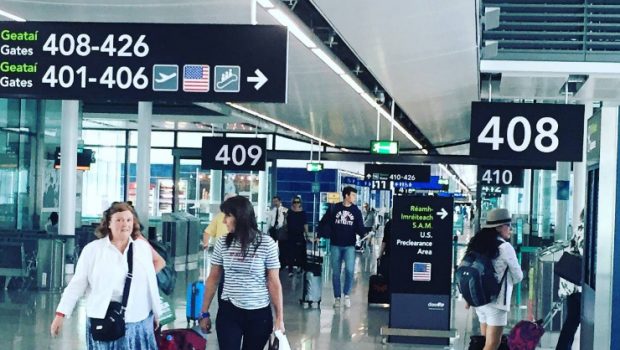 “This price cap will allow Dublin Airport collect €1.4bn from Airport Charges over the 5 years, and we estimate a further €1.4bn from commercial revenues. It allows for up to €2.3bn in capital investment in the period. We are fully supportive of all capital projects.” A statement from CAR said.

Launching the decision Cathy Mannion, Commissioner said “Our decision allows Dublin Airport provide passengers with a high quality service while delivering  key pieces of national infrastructure which will significantly increase the capacity of the airport. We allow for €2.3bn of investment which will deliver an airport capable of serving 40m passengers per year at a level of service in line with international standards. Working with our Passenger Advisory Group we have put in place 22 quality of service measures compared to the 9 that were in place in 2009.  For the first time, we have specific measures focusing on passengers who may require extra assistance.  Dublin Airport will pay a penalty if they fail to meet these standards.”

CAR has introduced new high-powered financial penalties to incentivise Dublin Airport to deliver its proposed capital investments, as planned and on time. If Dublin Airport does not proceed with certain proposed projects the price cap is reduced.

The Dublin Airport Authority (daa) were quick to react to the determination saying the decision was “A Disaster For Passengers And For The Irish Economy”. Their statement went on to say that they were hugely disappointed with the price cap which is 18% below Dublin Airport’s flat pricing proposal of €9.65 that was discussed with airlines 12 months ago.

“The flat pricing proposition would have funded almost €2 billion of much-needed investment at Dublin Airport to deliver new boarding gates, aircraft parking stands, an upgraded security area, and improvements to other customer facilities. This flat pricing plan and was supported by the vast majority of airline customers during daa’s extensive consultation process.

“The final price that CAR has set does not reflect the reality of the market. Dublin Airport is an efficient operator by European standards with extremely low airport charges, which in turn produces significant competition between airlines and offers increased passenger choice. daa will now study CAR’s full report and assess its impact on the capital development plans that were previously submitted. It will also decide whether it will appeal the Regulator’s Final Determination.”

On the other side, as this biggest carrier at Dublin Airport, Ryanair also criticised the final decision saying the ruling allows Dublin Airport to increase its fees from €15 in 2020, to over €16.50 per passenger in 2024.(these figures include the inbound and outbound charge).

Ryanair’s Chief Commercial Officer, David O’Brien said “Today’s ruling by the CAR is disappointing and a bad day for passengers. Dublin Airport already charges among the highest passenger fees of any of the airports Ryanair flies to in Europe.

“Ryanair believes that the original ruling to fix Dublin Airport’s charges at €15 per departing passenger for the next 5 years was already a generous settlement, as it allowed Dublin Airport to retain all of the income (both aviation and commercial) generated by the record traffic growth delivered by Ryanair and other airlines at Dublin.

“However, today’s perverse and anti-consumer final determination by the CAR, now allows Dublin Airport to increase its charges over the next five years, while continuing to extract monopoly profits from its high airport fees and its very high commercial revenues coming from its car parks, retail, restaurants, and other outlets.”

Interestingly, Emirates were not in favour of a cut in passenger charges. Speaking ahead of the announcement, Enda Corneille, the head of Emirates’ Ireland operations, told the Irish Independent the aviation regulator should moderate her proposed cut to permitted fees at Dublin Airport to keep its expansion on track. “We don’t believe a short-term gain on reduced fees is a price that’s worth paying to stop needed investment.” The average ticket cost for Emirates would be significantly higher than low cost carriers and therefore has a much smaller effect on the overall ticket price.