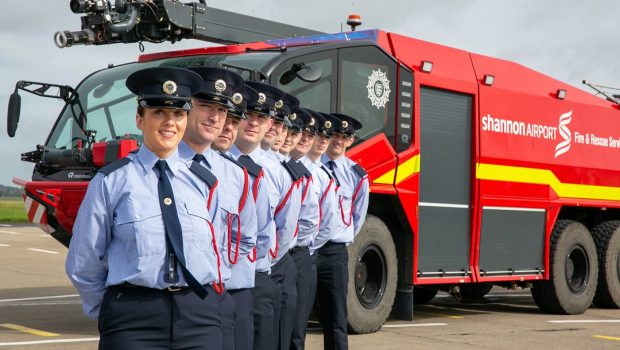 Shannon Airport has welcomed ten new firefighters to the fold after an intensive training programme. The recruits were chosen after an exhaustive selection process saw applicants being whittled down from 500 to ten.  The newly qualified firefighters graduated on Friday September 6th but began their training on June 24th.

They underwent an intensive 12-week training programme which has equipped them to begin work in the combined role of airport police and fire personnel.  The recruits range in age from 22 to late 30s.

Andrew Murphy, Managing Director, Shannon Airport said: “We are delighted to welcome our new recruits to the Shannon Airport family. Over 500 people applied for just ten positions, which is a testament to the calibre of the team we have assembled and brought through training.

“They come from all walks of life including a painter, a panel beater, strength and conditioning coach and a paramedic. Through the selection and training process they have proven themselves to be skilled at working well in challenging environments, which is essential. They are all very welcome to Shannon Group.”

Pat O’Brien, Chief Officer Fire and Rescue, Airport Police Fire Service, Shannon Airport said: “Although their training programme was intensive and at times gruelling, I have no doubt each of them have been hugely rewarded by the experience. Our programme has also benefitted hugely from significant investment in the very latest technology and training aids. Shannon Airport very recently became the first airport in Ireland to take delivery of two new state-of-the-art High Reach Extendable Turret (HRET) fire tenders.

“The safety of passengers and staff is always of paramount importance to the management team at Shannon Airport, and the new fire tenders have additional safety benefits for both airport fire service staff and passengers.  Our facilities are so advanced we now have outside fire crews coming to train in Shannon, and we hope this is an area we can expand on in the future.” 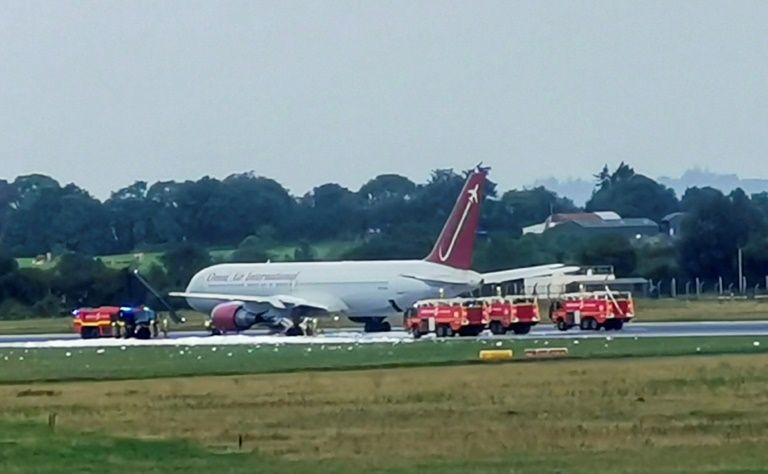 Shannon Airport Fire Crew were scrambled on the morning of 15th August when a fire broke out in the wheel well of an Omni Air Boeing 767 following a rejected takeoff. According to Avherald.com , “An Omni Air International Boeing 767-300, registration N378AX performing flight OY-531 from Shannon (Ireland) to Kuwait City (Kuwait), was holding on taxiway C following a rejected takeoff at about 06:08L (05:08Z) when the crew requested to return to the apron due to a problem with the brakes. Ground instructed the aircraft to stop at first, then instructed the aircraft to turn left onto runway 24 and left onto taxiway A for taxiing back to the apron. While the aircraft turned onto the runway tower reported smoke coming from the landing gear and subsequently, while the aircraft was taxiing on runway 24 towards taxiway A, instructed the crew to stop and evacuate the aircraft, there was fire from the left landing gear. The crew confirmed the brakes issue was with the left main gear, stopped and initiated an evacuation via the right hand slides. Emergency services responded and extinguished the fire quickly.”

The Air Accident Investigation Unit (AAIU) released the following statement “An AAIU go-team are responding to an occurrence at Shannon Airport, involving a Boeing 767 aircraft which was evacuated on the runway following a reported fire in a main-wheel well. Following consultation with the Shannon Airport Authority, the AAIU has given permission for the aircraft to be removed from the runway.”