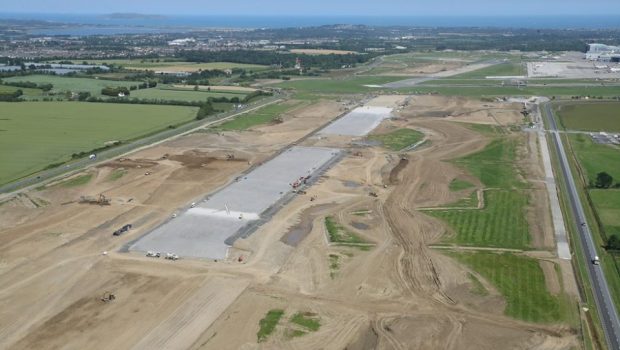 In Construction Package 2 Update released recently by Dublin Airport, they have said substantial progress has been made in the construction of North Runway since the last update in April.  Site clearance has been completed and almost 50 percent of the runway’s sub-base has been laid in preparation for the two separate layers of concrete to be added later in the programme.  The earth and materials from the original 11/29 Runway have been recycled for use on perimeter roads.

Poor weather conditions encountered during May and June resulted in some lost time on the earthworks operation. The daa have agreed with the planning authorities to trial a two-hour daily extension to site working hours between 7pm and 9pm, Monday to Friday, from late-July until the end of August.

When the runway is complete it will measure 3.1km and is estimated it will support the the creation of 31,200 new Irish jobs and generate €2.2bn in additional economic activity by 2043. 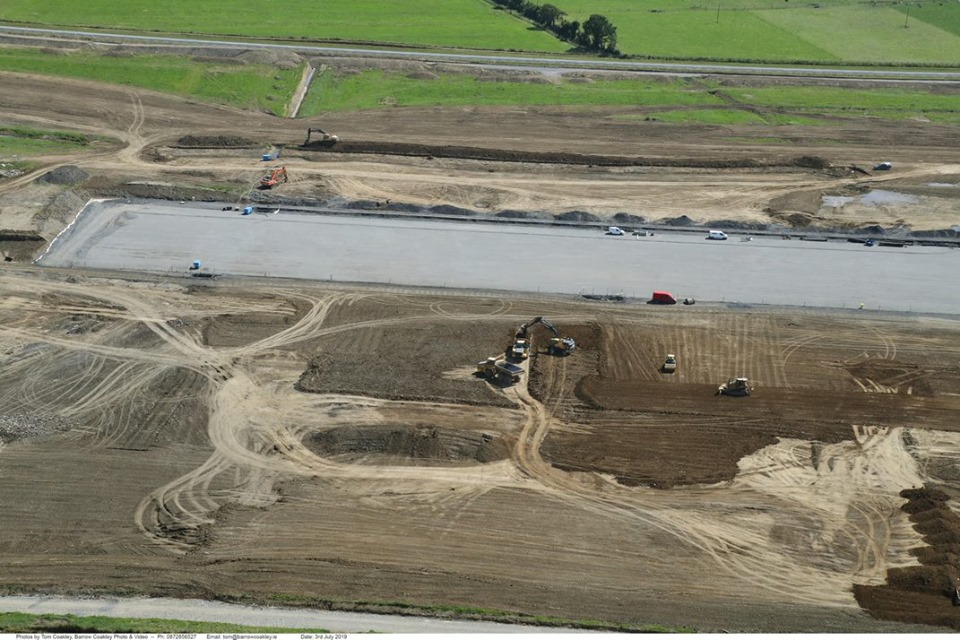 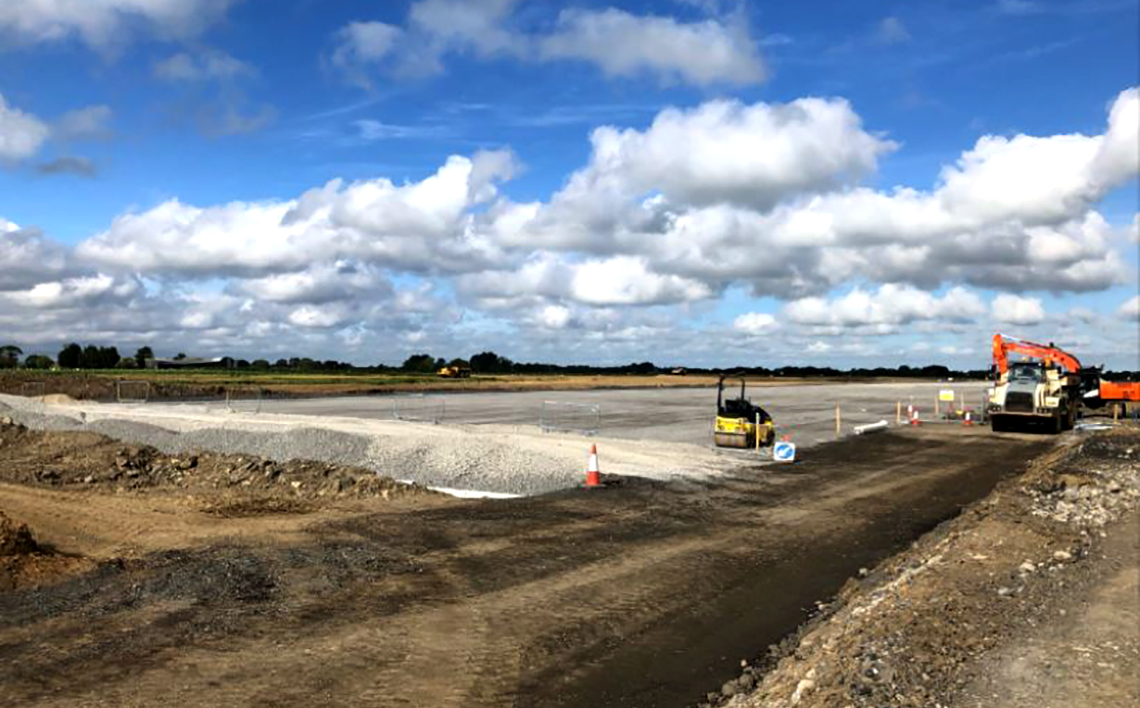