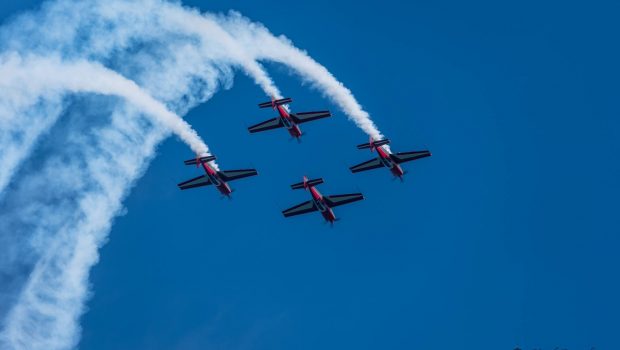 This weekend the biggest air display in Ireland takes place along the seafront in Bray Co. Wicklow. The show will span two days, kicking off at 15:00 on both days. All aircraft flying on Saturday will also fly on Sunday. In addition, Sunday will feature the Aer Lingus A320, The Blades Aerobatic Team and the Strikemaster Team. Ground events begin from 12:00 with the show starting at 15:00. With the weather looking good for both days, spectators are advised to get there early and use public transport where possible. Additional DART capacity will be put on for the weekend. For further details, see www.brayairdisplay.com

The full display line-up (including Saturday and Sunday)