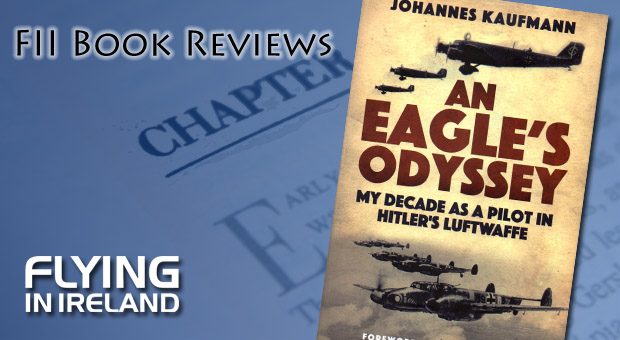 I have been an avid reader of pilots’ biographies and autobiographies for well over 50 years. Only a handful of these have concerned German airmen, with most of these being the well-known aces of two world wars. This is the story of an ordinary (though exceptionally skilful) line pilot and is all the more interesting for that. His writing style is easy and readable, precise and detailed, almost as if he was preparing briefing notes. No doubt praise should also be given here to the sensitivity and skill of the translator, John Weal. The story is set in its context with brief references to the pre-war political situation as it developed and later to the war as it progressed.

After leaving school, the author was an apprentice in an aircraft factory for nearly five years before joining the Luftwaffe in 1935. The opening chapters are fascinating in respect of the depth and level of training given to pilots of this generation, as indeed is the following chapter on his first squadron posting, in which he writes about the mixture of a tightly controlled routine during the week and the much greater latitude allowed at weekends, to fly off by themselves. A comparison may be made to the inter-war RAF as being the ‘best flying club in the world’. At this stage he had progressed to the He 51 biplane fighter.

He was soon back in the training machine, as part of the Luftwaffe’s expansion programme, this time to qualify as an instructor and receive promotion to Unteroffizier (Corporal) – in stark contrast to the RAF practice with regard to pilot ranks. The next three years were spent as an instructor, gaining a multi-engine licence, becoming an Advanced Military Pilot and an aerobatic display pilot, as well as being given the opportunity to fly in a wide range of military types from vintage to the latest products.

His first experience of operational flying was brief, being seconded to fly a Ju-52 for a week, taking troops to assist in the annexation of Austria in 1938. He was then posted on a course to learn blind flying, from which he qualified as an instructor in 1939. He describes the syllabus in some detail, which I found immensely interesting.

In September 1939 he went back to operations briefly, this time participating in the invasion of Poland but still in the transport role. A year later he was assigned to a most unusual task, out of Le Bourget, collecting, testing and assessing the suitability of captured French aircraft. At around this time he made a very perceptive comment, one of several which illuminate his story. I would urge the reader to find them on pages 69, 95, 176, 184, 186, 211 and 215. There are others, this is but a selection.

He persuaded higher authority that he should be transferred to ops and became, in 1941, after the appropriate training, a Bf 110 pilot flying dive bombing and strafing missions on the Eastern Front, where the weather, the continual moves from one temporary landing ground to another and the confusing nature of the battlefield were far greater problems than those posed by any Russian fighters. After a tour of duty, conversion to the totally useless Me 210 and a spell at the Air Warfare Academy, he went back to the front again in the region of Stalingrad and finally left Russia at the end of 1942 after 158 combat sorties.

In early 1943 he converted to the Ju 88, which he really liked, and became an instructor again. He commented that by this stage of the war, the basic training for young pilots had become much less thorough, which certainly added to his burden. A year later, freshly promoted to Hauptmann, he became commander of this 50 aircraft unit. Six months later he was posted as Staffel Kapitän to fly the Bf109G. In a plan conceived by General der Jagdflieger Adolf Galland, the Luftwaffe had effectively given up offensive air ops to concentrate the bulk of its best pilots on combating the USAAF heavy bombers. The author soon found that the US and RAF fighters were much more dangerous opponents that the Soviets. German losses mounted as ever more desperate measures were taken – including a couple of missions escorting schwarms of suicide aircraft, which rammed their targets.

Considering all of the above, I found it quite remarkable that in December 1944, he was sent on a Fighter Formation Leadership course! He spent the last few months of the war back with his unit, fighting not only the Americans but also the Russians, as the two fronts drew ever closer. His last flight with the Luftwaffe was on 1st May 1945, a weather recce over Berlin, making a grand total of 212 missions, 5918 flights in his logbook and 13 aerial victories.

This is a very enjoyable and enlightening book which could only have been enhanced by the inclusion of generic photos of the types he flew and the locations he flew out of. There are six partial photos on the front and rear of the dust jacket but that is all. Given that there are a dozen blank pages at the end of the book, an index would have been extremely helpful. A map or two would also have been useful. I would also like to have seen a chart of his progression through the ranks. These fairly minor quibbles aside, I thoroughly recommend it.