The Aireon network tracks aircraft via their ADS-B (automatic dependent surveillance-broadcast) out antennas, which are mandated in many parts of the world including throughout Europe. This enables most airlines and aircraft operators to take advantage of GlobalBeacon without requiring additional equipment. Aireon is partly owned by the Irish Aviation Authority.

All airlines operating in Europe are now required by EASA to track their aircraft at a frequency of one position every 15 minutes during normal operations. It is expected that by 2021, they will need to receive one position every minute if an aircraft is in distress. In the event of an incident, this will improve response efficiency by inherently confining the search and rescue radius to an area of 11 kilometers. The new EASA requirements are based on the Global Aeronautical Distress & Safety System (GADSS), which was created by ICAO largely in response to the loss of flights AF447 and MH370.

Ryanair’s COO Peter Bellew said “At Ryanair, the safety of our customers, crew and aircraft is our number one priority and this latest partnership adds to our already industry-leading safety record. Without installing any new equipment on our fleet, we are able to monitor our aircraft without gaps in coverage and will be immediately alerted if one of our aircraft is in distress. FlightAware has made this service extremely cost effective and easy to deploy.”

FlightAware’s Founder & CEO, Daniel Baker said “GlobalBeacon makes it straightforward and cost-effective for airlines to modernize their flight monitoring practices to comply with GADSS standards and recommended practices. As an industry leader and Europe’s largest low-cost carrier, we’re thrilled that Ryanair has joined airlines around the world in leveraging it to achieve improved passenger safety and operational awareness.” 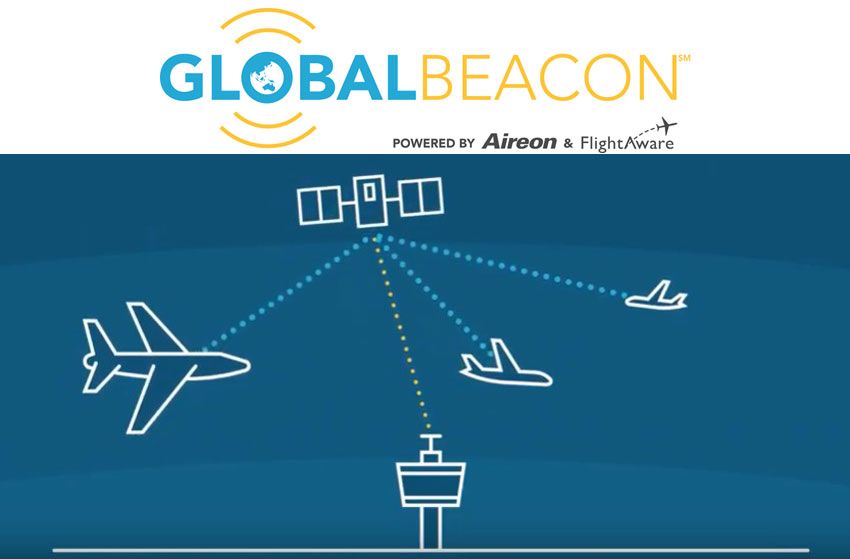