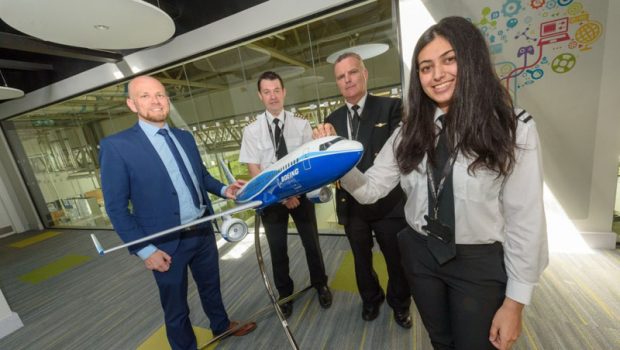 Irish Cork Institute of Technology School of Business (CIT) has announced they are now taking applications from commercial pilots for their two year online Bachelor of Arts degree in International Business with Aviation Studies for the academic year 2019/2020.

The BA in International Business with Aviation was designed and created specifically for commercial pilots in conjunction with the aviation industry including considerable input from major airlines and the Atlantic Flight Training Academy based in Cork. Through a process called Recognition of Prior Learning (RPL), this BA recognises the extensive learning involved in becoming a pilot to a commercial level. The RPL process values comprehensive prior learning and through rigorous and quality-assured means, the programme equates this to years 1 and 2 of a 4 year degree.

As many pilots lack opportunities to gain degrees due to their nature of their work so online learning is a key enabler that makes this course accessible to pilots worldwide. Progression within airlines can be dependent on having a degree and this programme opens up numerous roles in the aviation industry to graduates. “In effect it will allow for the development of captains of business beyond the cockpit, while adding more value within it”. Dr Pio Fenton, Head of Marketing & International Business at CIT.

More details can be found for this programme here.