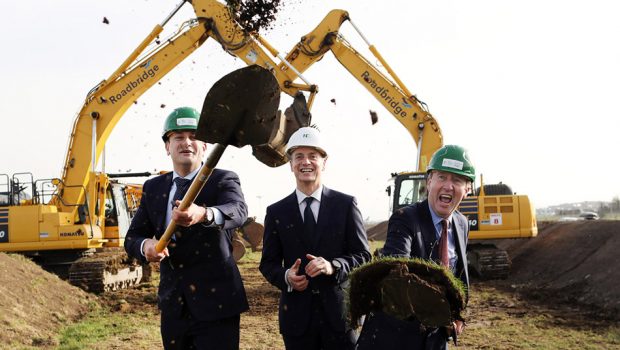 An Taoiseach, Leo Varadkar TD and the Minister for Transport Tourism and Sport, Shane Ross TD performed the official sod-turning for Dublin Airport’s new North Runway project on Thursday 14th February. According to the daa “The new runway is urgently needed to allow for expansion to underpin Ireland’s long-term economic growth. Dublin Airport’s existing main runway is effectively full at peak times every day following a 45% increase in passenger numbers since 2014.

The delivery of North Runway is a key recommendation of the Government’s National Aviation Policy, as it will significantly expand connectivity at Dublin Airport and also enable it to continue to grow as a gateway between Europe and North America.”

The new 3.1km runway will be located almost 1.7km north of Dublin Airport’s current main runway. Construction will take about two years and a nine-month period of commissioning will then take place.

“Dublin Airport is our main gateway to the world and is crucial for Irish tourism, business and trade,” the Taoiseach said. “This new runway is part of the Government’s €116 billion Project Ireland 2040 plan to modernise our infrastructure, remove bottlenecks and enable future growth. Connectivity is one of the principles behind Project Ireland, linking Ireland to the world and all parts of Ireland to each other.”

daa Chief Executive Dalton Philips said it was a historic day for Ireland and for Dublin Airport. “Our main runway opened 30 years ago this year and it has been a linchpin of the Irish economy during the past three decades. Annual traffic has grown from 5 million passengers in 1989, when Runway 10/28 opened, to a record 31.5m passengers last year and North Runway will enable continued expansion and connectivity growth at Dublin Airport in the decades ahead.”

The €320 million North Runway project will be funded through a combination of daa’s own revenues and borrowings, at no cost to the State. In fact, daa is a significant contributor to the Irish Exchequer, having paid €85 million in dividends and €347 million in taxes since 2014.

More than 300 construction workers will be employed onsite. Roadbridge FCC will be working closely with daa and Fingal-based development company Empower to fill as many positions as possible from within the local community. The contract includes building 306,000sq m of new runway and taxiways, 6km of new internal airport roads, and two new electricity substations. New drainage and pollution controls will be installed, as well as about 8km of electrical cable, 11km of CCTV cable and more than 2,100 new runway and taxiway lights.

While construction of North Runway progresses, daa will continue to seek the amendment of two planning conditions relating to flights between 11pm and 7am that will apply once the new runway is built.

“It has never been Dublin Airport’s intention to have lots more flights in the middle of the night, but the new conditions would have a very significant impact on the business, as 6am-7am is the airport’s busiest time of the day,” Mr Philips said.

“We are acutely aware of the concerns of local residents in relation to this development and there is a balance to be struck between those concerns and Ireland’s national economic needs,” he added.

Legislation to establish a new independent aircraft noise regulator at Dublin Airport is currently going through the Oireachtas. The views of daa, local communities and other stakeholders will be taken into consideration, and the regulator will make its decision based on an EU framework for assessing noise at airports.

Dublin Airport and is introducing a series of mitigation measures in relation to noise. daa is insulating about 200 homes near the airport to the highest standards and has also set up a voluntary scheme to buy up to 38 properties that are most affected by the North Runway development. 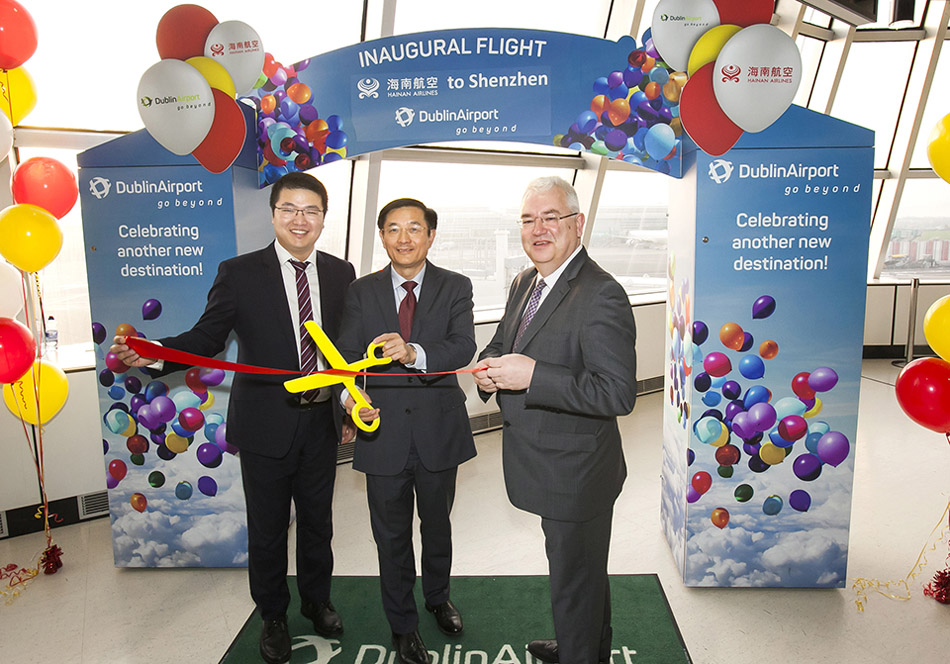 On Monday 25th February, Dublin Airport welcomed the launch of Hainan Airlines’ new year-round direct service to Shenzhen. The airline will operate two flights per week between Dublin and Shenzhen, which is in south-eastern China. The flight will be operated by a Boeing 787-900 Dreamliner with 289 seats. Shenzhen will be Dublin Airport’s second destination in mainland China, as Hainan already operates a Dublin-Beijing service. 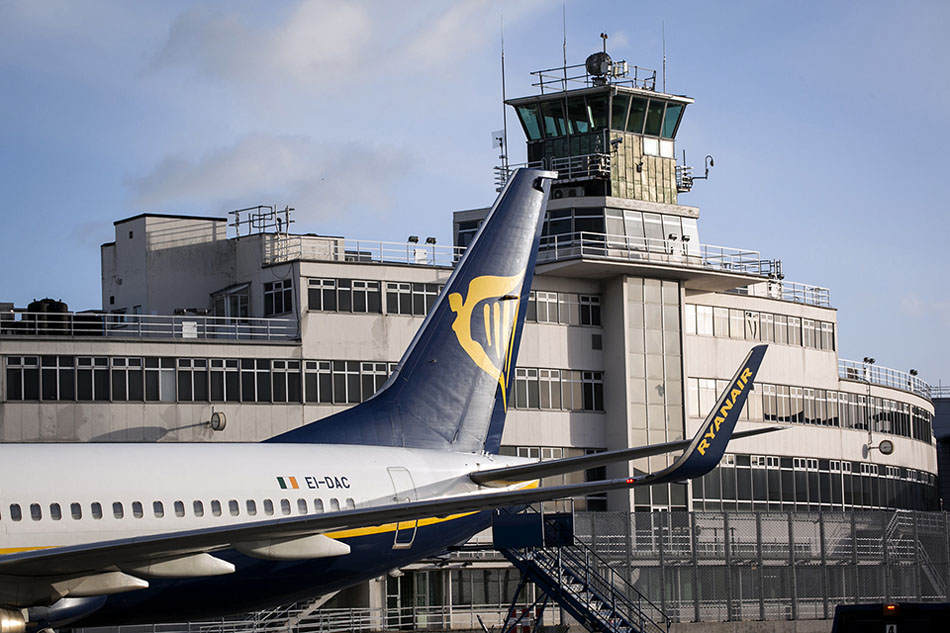 In separate airline news, Ryanair announced that it is to add seven new routes this winter. The airline will operate a new daily service to Milan Malpensa, and six routes that will begin this summer will also continue into the winter schedule. These are: a twice weekly service to Bordeaux, Gothenburg, Kyiv, London Southend and Pisa and a four times weekly service to Bournemouth. Ryanair will also add extra capacity on its existing services to Cologne, Lisbon and Malaga.

Ryanair’s new Milan Malpensa service is one of 21 new routes at Dublin Airport for this year. Last year, Dublin Airport welcomed 31.5 million passengers, which was a 6% increase on the previous 12 months.

To cater for all of these new routes, daa is planning a new five-year investment programme for Dublin Airport. It includes a €900 million investment in new boarding gate areas, aircraft parking stands and other improvements alongside about €200 million worth of airfield works and a €120 million annual spend on repair and maintenance and revenue generating projects.

The Commission for Aviation Regulation (CAR) has published a submission from Dublin Airport setting out a finalised Capital Investment Programme (CIP) for the next price control period, which will commence in 2020 and last at least four years.

The delivery of this programme would enable Dublin Airport to develop in a sustainable manner and accommodate 40 million passengers per annum (mppa) by 2024 in what represents the next step of a bigger plan in which the airport can accommodate 55 mppa. The full CIP is available here.