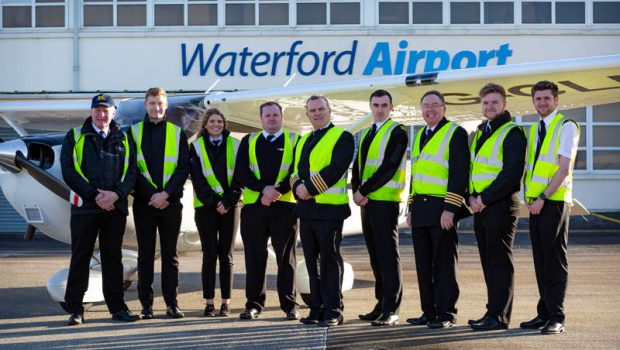 Cork based flight school, Atlantic Flight Training Academy (AFTA), has announced the official opening of its second Irish Pilot Training and Recruitment base, located at Waterford Airport. The announcement follows the recent launch of a new Mentored Pilot Programme Partnership between AFTA and Ryanair. AFTA’s 16-month intensive cadet training programme gives trainee pilots a structured path to achieve their pilot licence and reach a standard where they are ready to join the Ryanair Boeing 737 type-rating programme. Trainee pilots on the programme will be trained by AFTA instructors using Ryanair procedures as they take their first steps towards becoming Ryanair pilots and over the next 5 years, up to 450 new pilots from across Europe will be recruited and trained by AFTA in Cork and Waterford, underlining AFTA’s global position in the pilot training market.

2018 has been a momentous year of growth for AFTA, which also launched (in June) a new Pilot Mentorship Programme with Stobart Air, to recruit and train new pilots, with guaranteed employment for all new graduates. The Stobart Air and AFTA extensive 16-month training program involves 220 hours flight time with ongoing one-on-one mentoring from a Stobart Air pilot. On successful conclusion of the program, the new pilots will have achieved their commercial flying license and will gain full time employment as first officers with the Irish airline.

Student Cadets fly AFTA’s next generation Glass cockpit Cessna 172’s for the initial phase of the flight training followed by the Diamond Twin star DA42 & Piper Seneca’s for the advanced phases. During the training, AFTA uses a next generation state-of-the-art simulator, based on the Boeing 737 NG. AFTA also provide excellent career prospects for high calibre flight and ground instructors to join our crew of experienced instructors. 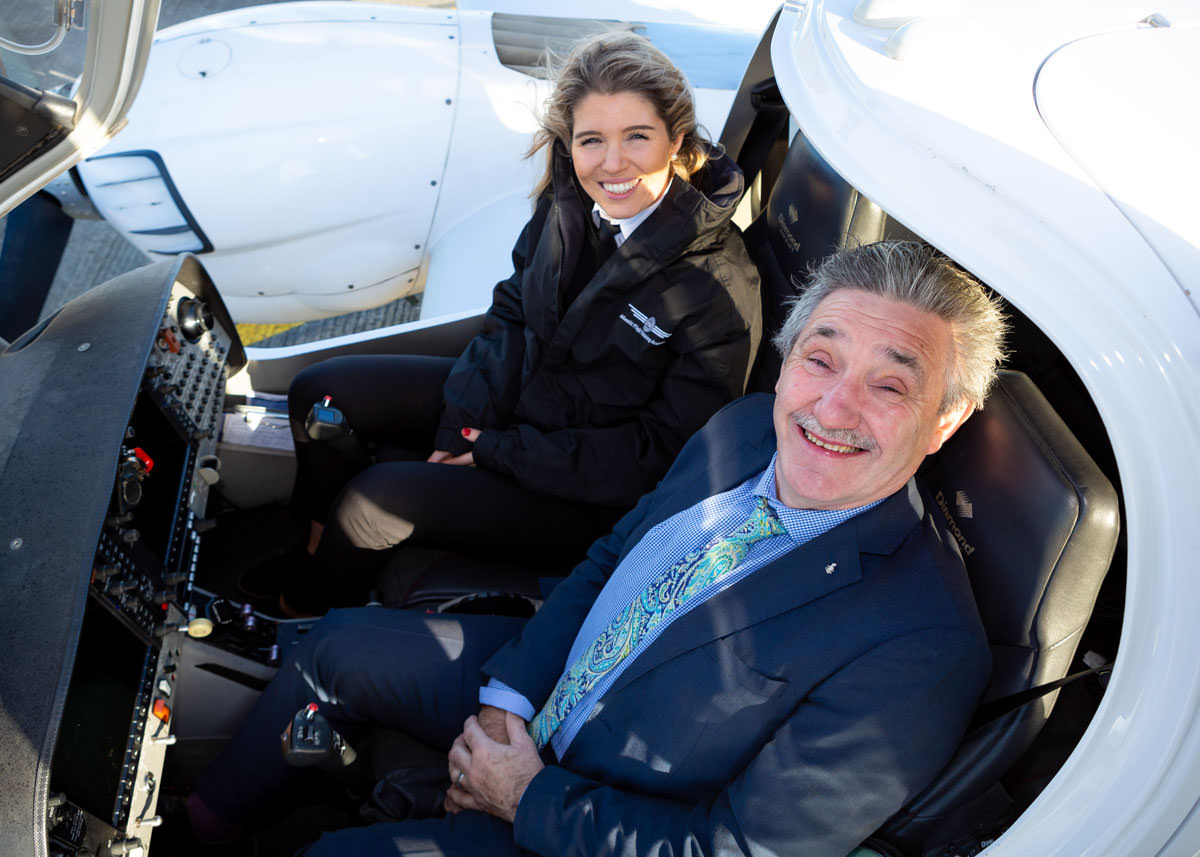 Speaking at the AFTA launch at Waterford Airport, Minister of State for Training, Skills, Innovation, Research and Development, John Halligan TD, said “The aviation sector plays an important role in Ireland’s economy and Atlantic Flight Training Academy, an Enterprise Ireland client company, has been a key partner working with Cork Institute of Technology in helping to address the industry challenges of pilot retention and ongoing training, through the launch of Europe’s first Bachelor of Arts (Hons) in International Business with Aviation Studies programme.”

“I am delighted that cadet pilots in the region will now benefit from AFTA’s modern training fleet. The AFTA ‘Mentored Pilot Programmes’, with their airline partners Ryanair and Stobart Air, provide a fantastic opportunity for aspiring pilots from the South East to be trained at their local airport. I wish every success to the next generation of AFTA – trained airline pilots as they begin their careers here at Waterford Airport.” 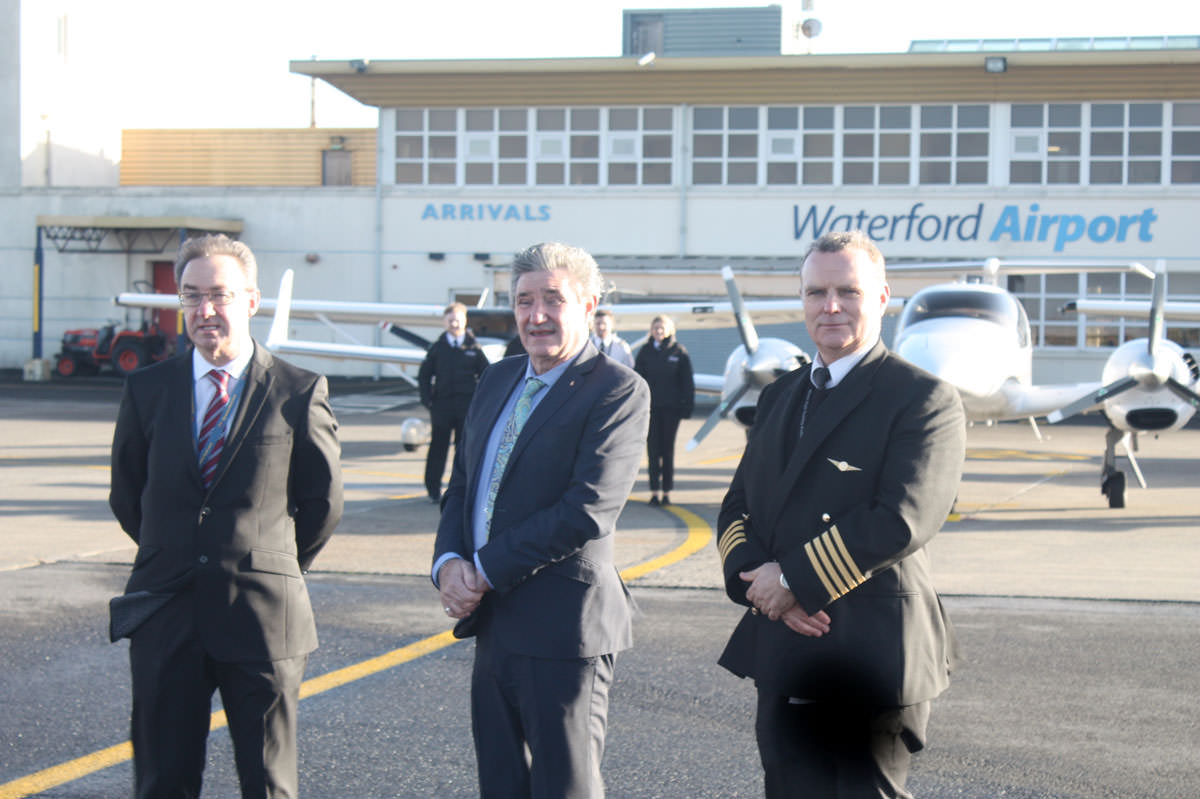 Aidan Power, Waterford Airport Manager, said “We are proud to welcome Atlantic Flight Training Academy to Waterford Airport. AFTA have been utilising Waterford as a training airport for the past 24 years and it is fantastic news that they have decided to solidify their presence at Waterford and commit to a full time operational base at the airport. We look forward to seeing the base grow over the coming years and we wish AFTA success in their most recent contracts with Ryanair and Stobart Air.” 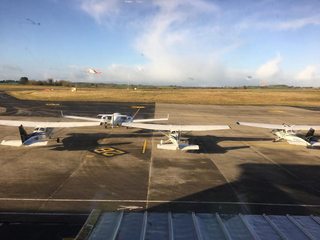 Some of the AFTA fleet parked on the apron at Waterford Airport with the Search and Rescue Helicopter departing in the background.

Managing Director at AFTA, Mark Casey said “We are delighted to launch our second Irish Pilot Training base here at Waterford Airport. Waterford airport is a vital component of Ireland’s airport infrastructure which offers world class facilities and services to operators. Today’s announcement follows the recent launch of our mentored pilot programme partnership’s with both Ryanair and Stobart Air in Ireland. AFTA has a long-standing relationship with these leading world airlines, and a large number of our graduates currently fly as First officers, Captains, Training Captains and management pilots with them.”

“We are looking forward to developing and growing this partnership with the help of Waterford airport over the coming years.”

The online application for the Ryanair-AFTA Training Programme is now open. For more information and to apply, visit www.afta.ie/ryanair

For more information and to apply for the Stobart Air scheme, visit https://afta.ie/mentorship-stobart