Figures released by Dublin Airport show it welcomed more than 3.2 million passengers last month, making it the busiest August in the airport’s 78-year history. Passenger numbers increased by 6% helped by the introduction of 14 new routes over the summer period and extra capacity on more than 50 existing services. August was the second consecutive month that Dublin Airport has welcomed more than 3.2 million passengers. 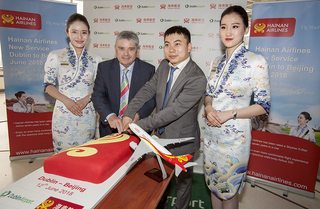 The launch of the Hainan Airlines Service to Beijing in June was one of the 14 new routes at Dublin Airport this year that has driven up passenger numbers.

Passenger numbers on domestic routes increased by 23% with 12,000 travelling on domestic flights last month. Currently there are just two domestic destinations served, Kerry and Donegal. The number of passengers using Dublin Airport as a hub to connect to another destination has increased by 17% in the first eight months of the year, with almost 1.2 million passengers transferring at Dublin so far this year.

Report Recommends Dublin Airport to be Developed as an “Airport Hub” 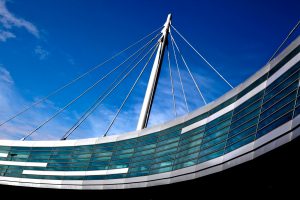 A new report from consultancy firm EY suggests that an extra €18.6 billion over the next 15 years could be added to the economy if Dublin Airport was developed as an airport hub. Aer Lingus commissioned the report, which concludes that investment in hub infrastructure at Dublin Airport could also generate 33,950 new jobs – the bulk of which would be in the tourism sector.

The report also suggests that another €6 billion could be generated for the Exchequer from increases in a number of taxes, including VAT, excise, corporation and income tax. As part of the plan, 1,147 jobs could be created in the construction phase of the hub facilities from 2018 to 2023. EY said that Dublin Airport already has several advantages which would support its development as a hub. However, it also makes it clear that investment in infrastructure will be needed to transform the airport into a hub.

Meanwhile the Commission for Aviation Regulation has published its Decision on the coordination parameters for the Summer 2019 Season at Dublin Airport. The Commission has decided to increase the runway Totals limit by one additional movement in the 0800, 0900, 1700 and 1900 hours and 2 in the 1800 hour, as well the Arrivals limit by one in the 0800 and 0900 hours and the Departures limit by two in the 1800 hour. They have decided to increase all passenger terminal parameters by 12% to offset a higher assumed load factor for scheduled traffic of 95%. Other aspects of the parameters are unchanged relative to Summer 2018.