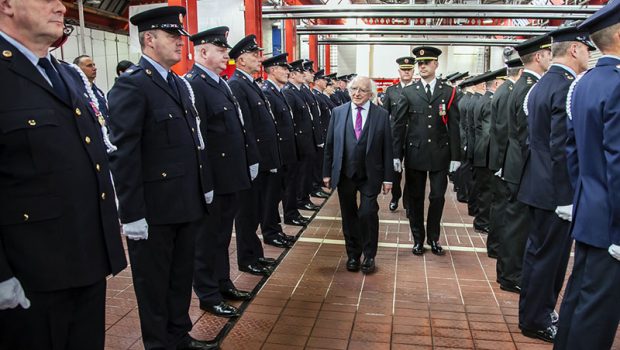 President Michael D Higgins visited Dublin Airport’s Fire Station to commemorate the 75th anniversary of its emergency services. The President, who was accompanied by his wife Sabina, spoke at a ceremony and presented a specially commissioned medal to the airport’s 120 Fire Officers. 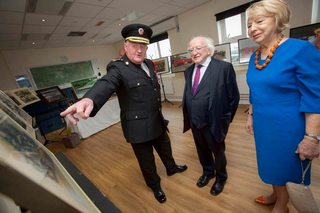 Dublin Airport’s own emergency service was established in the mid-1940s with a part time Fire Chief, and two assistants – a carpenter and a storeman – who were presented with a fireman’s belt, an axe and military helmet. Today, Dublin Airport Fire Officers are highly trained and specialise in fire-fighting skills required for a full-scale aircraft emergency. Airport Fire Officers work full time, 24 hours a day, seven days a week, 365 days a year, including Christmas Day, even though there are no flight operations that day.