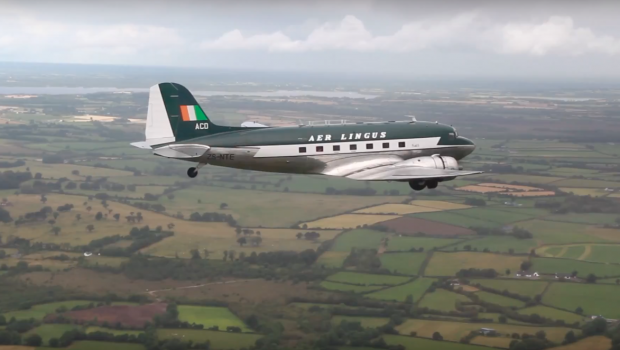 One of the star attractions of the Bray Airshow this year was the Douglas DC-3 painted in period Aer Lingus colours. This DC-3 was manufactured in September 1943 and is currently registered ZS-NTE. It served with the Royal Air Force until transfer to the South African Air Force in 1945. There it remained until retired in 1995. It was sold and registered ZS-NTE and after a period of 7 years in storage was restored to flying condition in 2009 and modified from a C47 cargo version to a DC3 passenger configuration. It is painted in the colours of EI-ACD.

More information about this aircraft is available HERE.