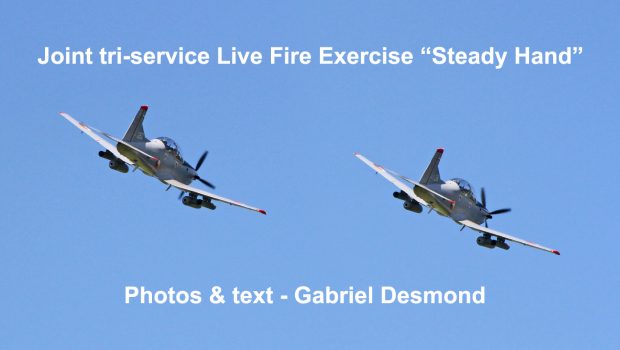 During the last week of June the Irish Defence Forces conducted a joint tri-service live fire exercise involving the Army, Naval Service and Air Corps, using targets in the sea in the Delta 13 danger area off Dunowen, Co Cork. 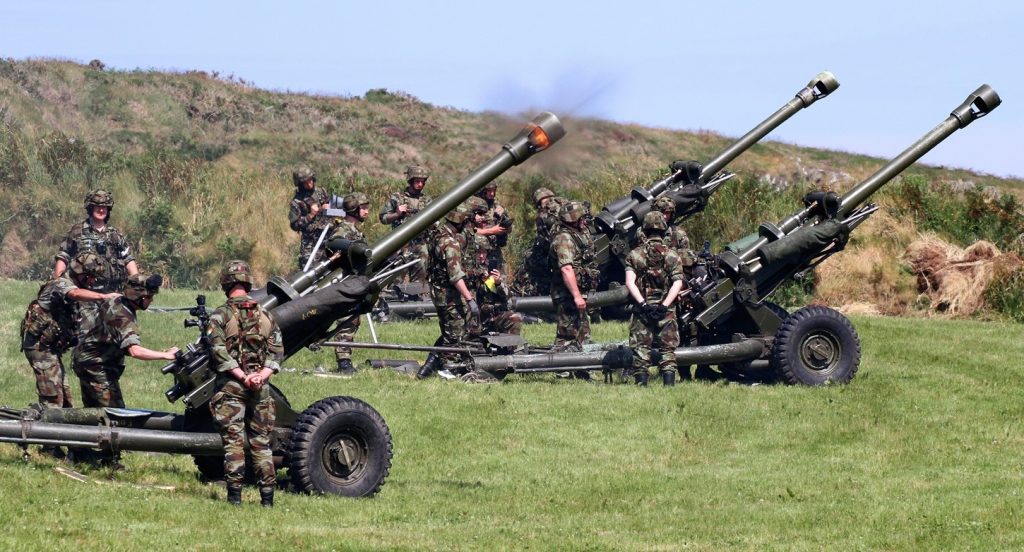 Units from Collins Barracks, Cork brought 105mm howitzers and MOWAG armoured troop carriers with their heavy machine guns. Early in the week Naval cover was provided by LÉ Eithne, P31 which installed the large, inflatable floating targets. Shooters aimed to hit close to but not on the target to maintain its availability for the duration.

LÉ Orla P41 with orange inflatable target on after deck

An Air Corps detachment from Baldonnel to Waterford Airport saw Pilatus PC-9Ms fitted with heavy machine gun and rocket wing pods make numerous runs at Dunowen over three days. For each mission aircraft were armed at Waterford and based there. Their inboard 0.5 heavy machine gun pods hold 250 rounds per gun or 500 in total. Two outboard rocket pods are each capable of holding seven high explosive rocket heads. These 2.75in folding frame rockets are used in the air to ground attack role. 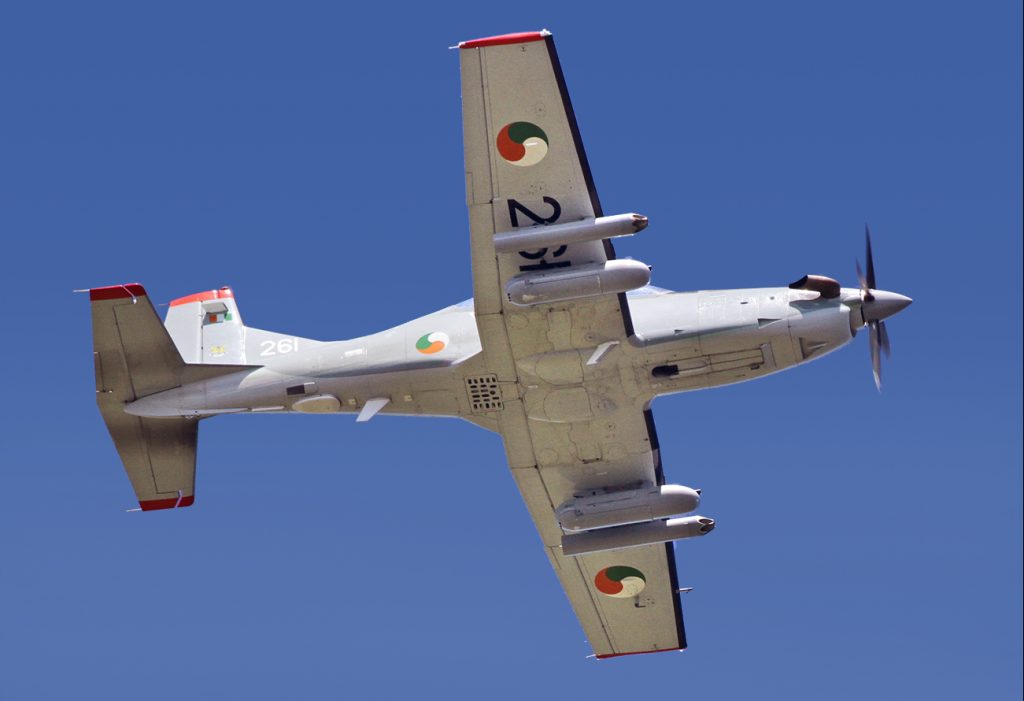 PC-9Ms firing rockets at target. They make quite a splash and bang! 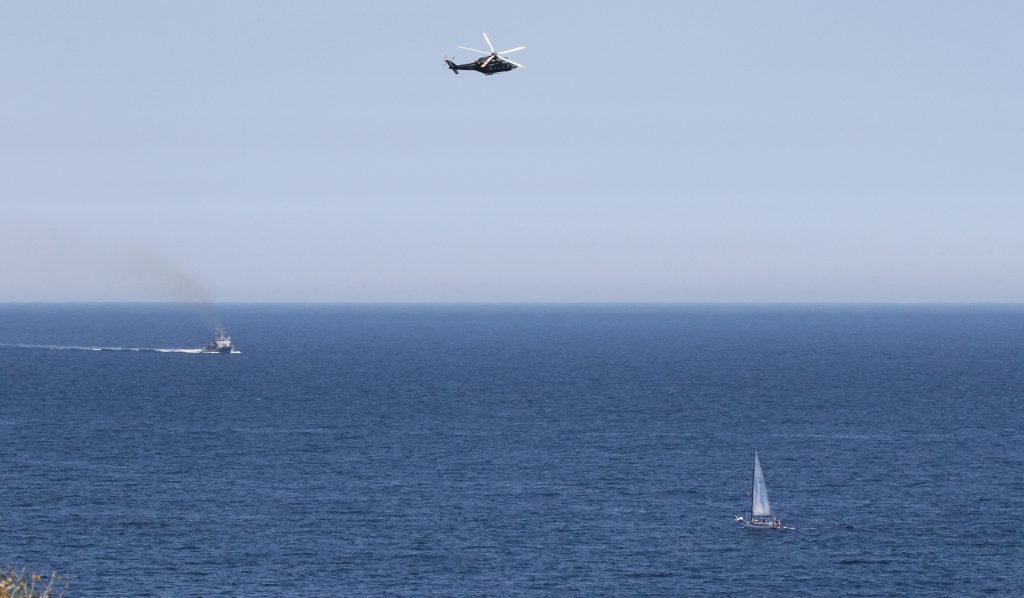 An AW139 helicopter operating daily to Dunowen provided airborne range security and logistic functions. This was needed on the Thursday when a yacht sailed into the designated temporary exclusion zone of the firing range, causing a halt to firing. It was quickly intercepted by the AW139 and then by the Naval Service’s LÉ Orla, P41.

Such  exercises  provided a useful tool for all crews to keep current with their firing proficiency and also for support and ground crews to deploy away from base to maintain their operational capability.

With thanks to Captain Michael Barcoe, Air Corps and Lieutenant Cian Clancy, Defence Forces Press Office for their help. For the most up to date information on the Air Corps activities follow them on Facebook, Instagram or twitter.