After the Flight: Debrief your flight in order to learn lessons and share your experiences with others.

For further information on Airspace Infringements, you can visit the EASA website at www.easa.europa.eu/airspace-infringement 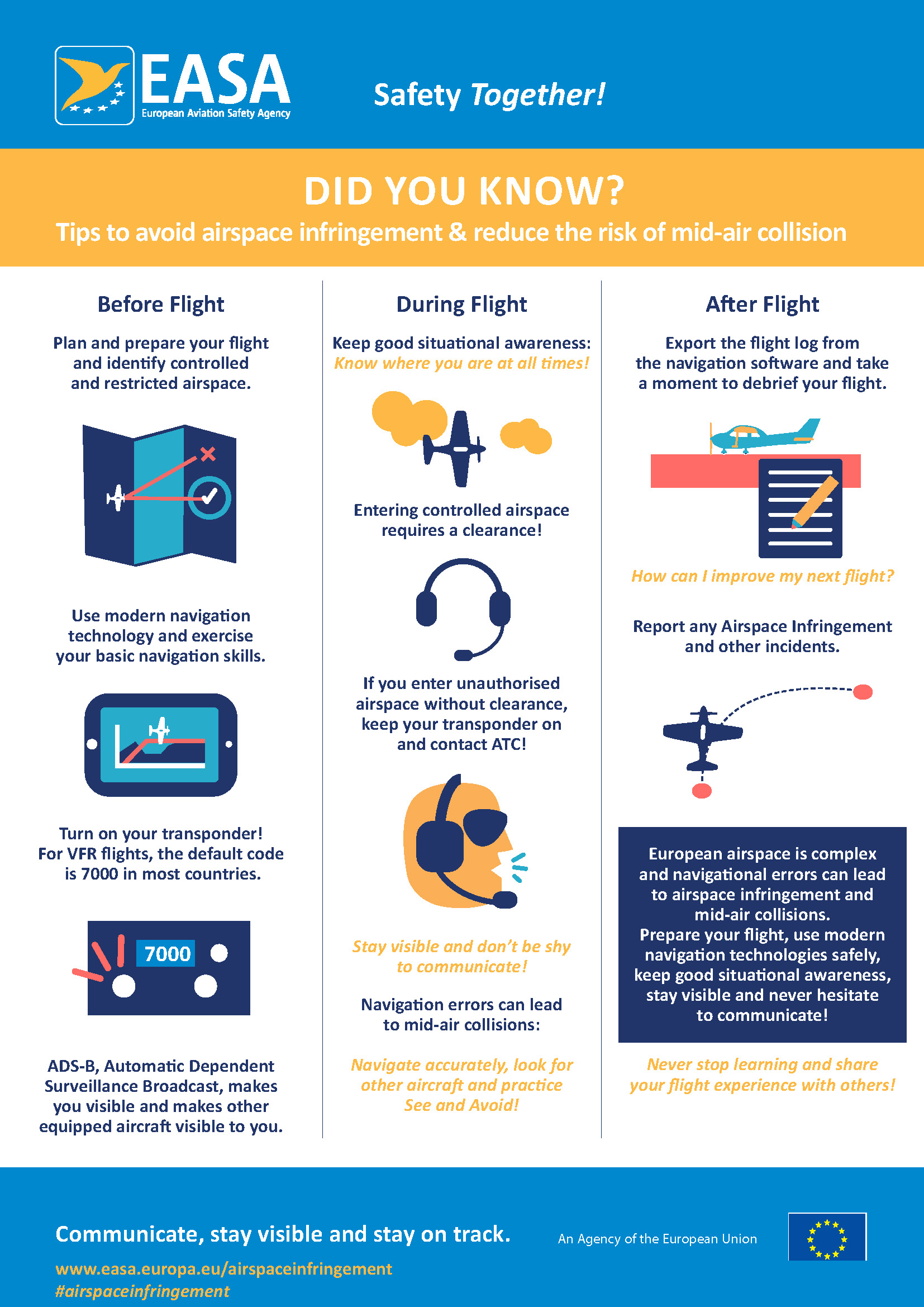