Share of passenger numbers in each country showed little change except an increase in Germany from 7% to 9%, in which the demise of Air Berlin was a factor.  Other shares shown were Ireland 48%, Belgium and Poland 29%, Italy 28%, Portugal 20%, UK and Spain 19%, Greece 10%, France 7%.  Unit costs and average revenue per passenger (€51.4) remain far below other carriers.

Over the last year on-time performance has declined by 2% from 88% to 86%. All of the decline was accounted for by increased ATC delays due to strikes and staffing/capacity shortages mainly in France, Germany and Italy. Punctuality in Q4 was negatively impacted by unusually adverse weather conditions, which led to multiple airport snow closures at key bases including Dublin and Stansted for a number of days in late February/early March. Ryanair is increasing staffing at its larger bases, re-designing boarding procedures (baggage management does seem to be an issue), and providing additional spare aircraft in summer 2018 to improve punctuality to the 90% target which is a key Always Getting Better target for the coming year. 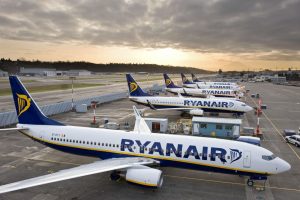 Ryanair aircraft at the delivery centre at Boeing

50 aircraft were added during the year bringing the fleet to 430 units. Capex was €1.471 bn. Ignoring the timing of payment, that indicates an average price of the order of €30m per aircraft (which compares to a $100m price used in Ryanair PR statements).

1,300 new jobs were created and over 600 promotions. Ryanair is willing to consider basing aircraft where crews want to work. But not in Sweden or Norway with high air transport taxes. It is likely to re-open a Copenhagen base with Union cooperation (Maybe Unions prefer Ryanair to SAS outsourcing work to other Irish-based entities?).

Ryanair Labs stimulated record ancillary spend (+4% per passenger, mainly on seat selection and/or boarding priority). It has 3 development offices in Dublin, Wroclaw, and Madrid, and employs almost 600 highly skilled digital professionals. Ancillaries now deliver 28% of revenue and Ryanair says it is well on track to achieving a (new?) 5 year goal of 30%. Ryanair Rooms penetration is rising steadily, albeit from a low base, helped by commission on sales being translating into user credit travel credits on Ryanair.

Ryanair expects above average EU capacity growth to continue into FY19 (Fiscal Year 2019) with a downward effect on fares. This may be ameliorated by the switch of some charter capacity back to previously security-challenged markets such as Turkey and Egypt. It expects some upward pressure on pricing later in the year as significantly higher oil prices impact margins.

It expects to grow its own traffic by 7% to 139m, at a flat seat factor of 95%. It has limited H1 and zero H2 fare visibility. Forward bookings are strong, with advance booked seat factors about 1 point higher than last year, but pricing remains soft. Since only half of Easter fell in April, it expects a 5% fare decline in Q1 but a 4% rise in Q2 fares. While it is still too early to accurately forecast close-in summer bookings or H2 fares, it is cautiously guiding broadly flat average fares for FY19. Ancillary revenues will grow as penetration of customer services continues to rise.

Fuel will be a major cost headwind for the next 24 months. It is currently 90% hedged for FY19 at approx $58pbl (per barrel), which is well below current spot prices of almost $80pbl. (But it does not seem to be hedged thereafter).  While US shale oil production remains strong, world demand for oil is growing, and a number of short term political factors in Venezuela, Libya and Iran, suggests that prices will continue to be elevated for the coming year. Air fares tend to follow oil prices (as they have downwards over the last 3 years) but with a lag of up to 12 months before higher oil prices feed through to higher air fares. Accordingly, it expects unit costs over the next year to rise by 9% (ex-fuel they will increase by 6%). Thereafter, it expects the impact of the lower seat cost B737 MAX aircraft, its new lower cost 10-year engine maintenance agreement, as well as airport growth opportunities and the disposal of older aircraft, to deliver flat or slightly declining non-fuel unit costs. 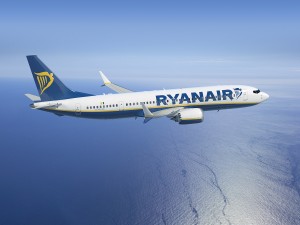 In FY19 Ryanair will invest substantially in its people, its systems, and its business as it scales up the operation to take delivery of 210 B737 MAX aircraft over the next 6 years. This will lead to a modest increase in ex-fuel unit costs next year but will underpin growth to almost 600 aircraft and 200m passengers per annum by FY24. It expects staff costs to rise by almost €200m in FY19, half of which is higher pay for front line people and half is additional headcount for growth. New hangar at Madrid [A Checks] and a new 2-bay hangar at Seville [C Checks, potential of 4 bays, local expertise in composites a factor].  Expansion of facilities at Bergamo and Stansted. [There was nothing concrete about plans for Germany.  Ambitions for France are outside Paris].

Ryanair says it sees LaudaMotion as an attractive opportunity as it is an Airbus operator, and it is looking for opportunities to grow its Airbus fleet to 30-50 aircraft over the next 5 years. LaudaMotion has a valuable portfolio of slots at many congested airports in Germany, Vienna, and Palma de Mallorca. The focus is Vienna-Germany and Spain.

LaudaMotion will require almost €100m in start-up costs and operating losses over the next 2 years in large measure due to expensive aircraft leases from Lufthansa. Once these leases expire, it expects LaudaMotion to be modestly profitable and self-sustaining as it grows its low fare offerings in Germany and Austria. It has not included the investment in LaudaMotion in the outlook for FY19 as any increase to a 75% share ownership remains subject to EU Competition approval. 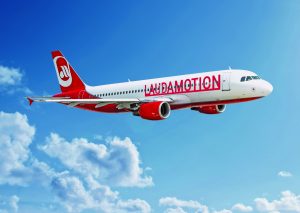 MO’L believes Ryanair can build a substantial and profitable group of EU airlines under the Ryanair Holdings banner over the next 3 years when it is likely that further merger and acquisition opportunities will arise (either from regulatory action controlling other mergers & acquisitions or from competitive weakness). The structure is close to the IAG model of (relatively) independent subsidiaries (and one could speculate if it is thinking of picking up unwanted or unpermitted pieces from IAG merger & acquisition activity, such as Norwegian).

Ryanair’s brokers Davy’s Stephen Furlong was the questioner in the on-line Q&A session:

On Union recognition: progress made, more to do.

BREXIT:  Ryanair expects a UK AOC by the end of 2018, to protect its 3 UK domestic routes.  It has 3 domestic trunk routes from Stansted plus 1 other domestic route from Belfast and 2 from Derry! It recognises a need for majority UK ownership for this.  It expects France & Germany to want a strict interpretation of ownership rules post Brexit. Willie Walsh at the CAPA Summit was adamant that route rights and ownership realities would not change post-Brexit.

B737 MAX is to start arriving April 2019.  Ryanair would have an interest in MAX 10 or A321 but only if the cost per ASK is less than the MAX 8.  Part of the logic in LaudaMotion is to get Airbus to take Ryanair seriously. Ryanair is looking to go from about 9 A320s to hopefully 40 to 50 in coming years through more reasonable leases. It wants that with an Airbus sub-fleet in LaudaMotion, Airbus will take expressions of interest from Ryanair [Group] more seriously in future.

Intra-Ryanair Connections: Selling intra-Ryanair connections at its 3 designated airports, Rome, Bologna and Porto, is working. Selling long-haul connections across Ryanair is barely measurable in the case of  Air Europe.  There is an agreement with Aer Lingus and it should be operational on 85 Ryanair routes end of 2018 when the IT arrangements will be in place. It should be material but won’t do anything for Ryanair’s existing 95% seat factor.

IALPA, which abandoned a planned strike in December, wrote to Ryanair boss Michael O’Leary last week demanding the introduction of new systems for dealing with allocations to Ryanair bases around Europe, promotions, and annual leave.

“If it is not possible to negotiate the introduction of such a seniority agreement for the benefit of our member pilots directly employed by Ryanair, it is our intention to ballot our member pilots employed by Ryanair for sanction for industrial action up to and including strike action,” the union wrote. The union wants the company to tell pilots why they are in the base they are in, the order in which their turn may come for a transfer, and why they received a particular annual leave allowance. It also wants greater transparency around promotions and internal moves. MO’L is not willing to discuss with unions where competitor pilots (Aer Lingus) or cabin crew (TAP) are present.  He seems flexible on crew locations.