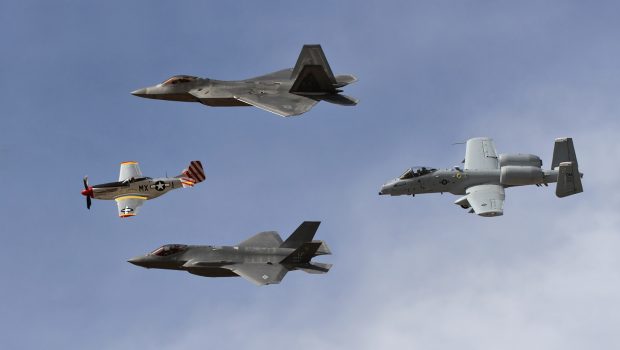 The US airshow season opened late March with some of the newest aircraft of the Air Force, Navy and Marine Corps on display. 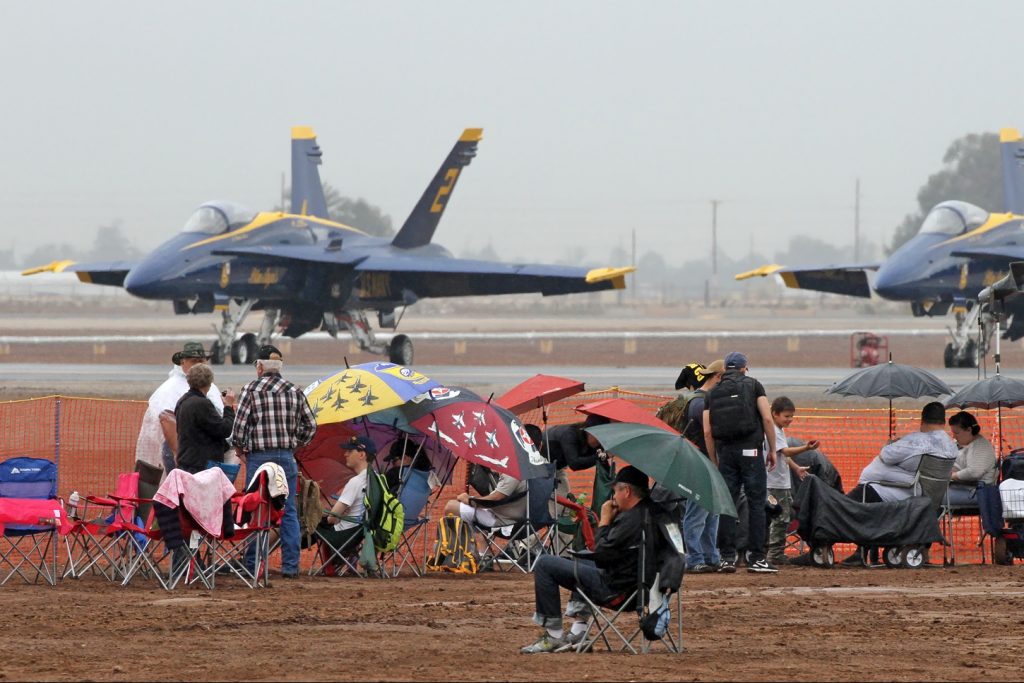 Naval Air Facility El Centro, California is the winter training home of the Blue Angels because of its usually reliable sunshine. However the rain and red mud of airshow day did not deter the crowds nor prevent the polished display flying. Warbirds included a black ex-Swiss Air Force De Havilland Vampire,  Greg Coyler in his T-33 jet trainer of the 1950s and a slick Korean War duo of F-86 Sabre and MIG-15. The US Navy’s new maritime patroller, the P-8 Poseidon based on the Boeing 787-800, was a static item. 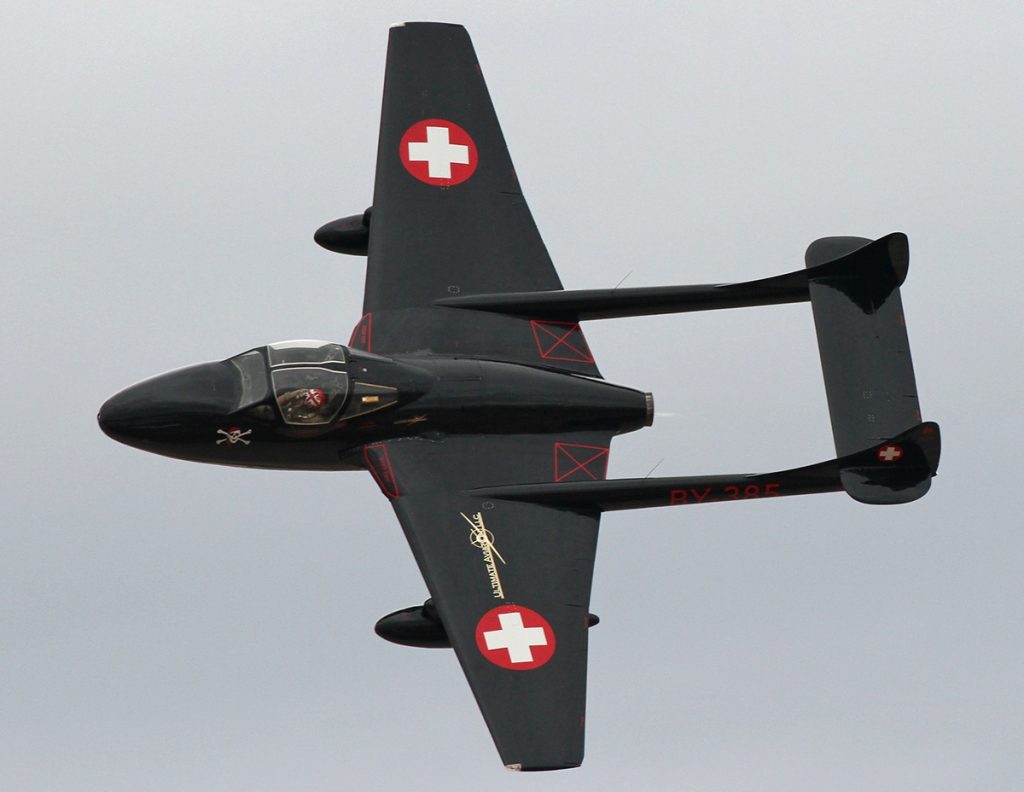 Marine Corps Air Station Yuma, Arizona’s annual airshow showed their unique airpower with class! Three Vertical Take Off and Landing types gave superb displays, spending much of the time manoeuvring in the hover  – the MV-22 Osprey tilt rotor, AV-8B Harrier and its replacement the F-35B Lightning II. This is the STOVL Marine version of the F-35 Joint Tactical Fighter, also ordered by Italy and UK. For vertical landings its rear exhaust nozzle swivels downwards while doors behind the cockpit are opened to bring a forward LiftFan into use. 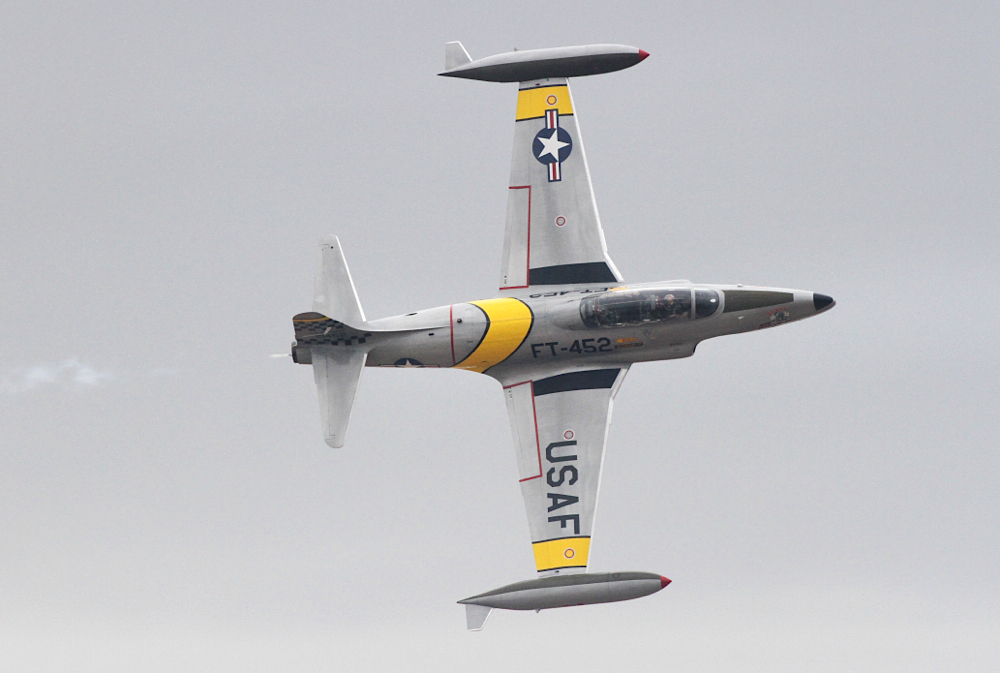 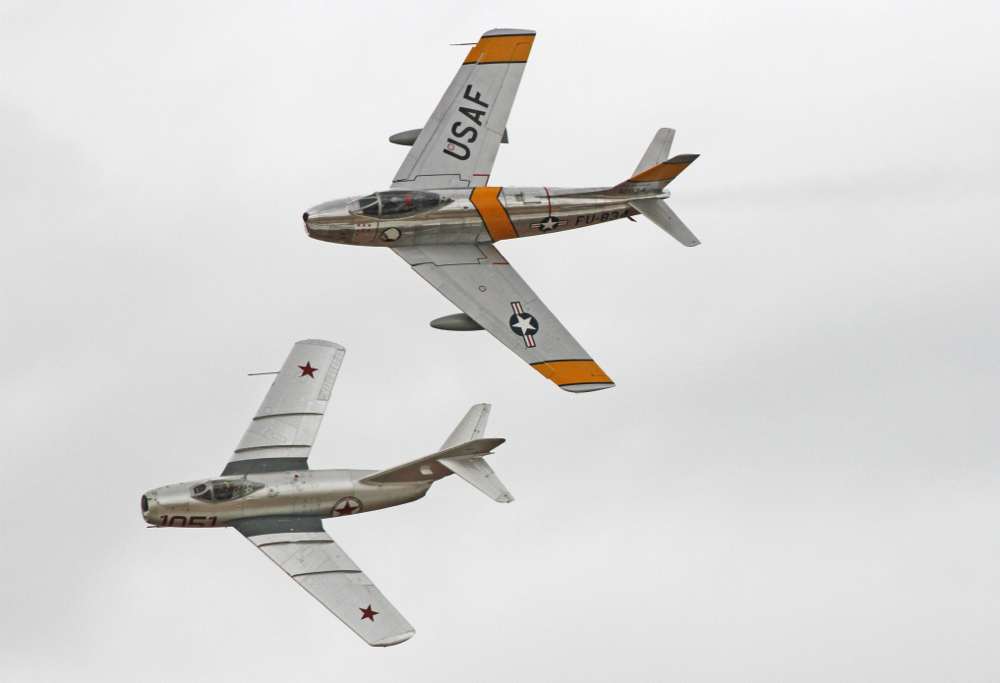 At Luke AFB Arizona the USAF displayed their F-35A conventional version of the fifth generation stealth fighter, also ordered by nine other nations. 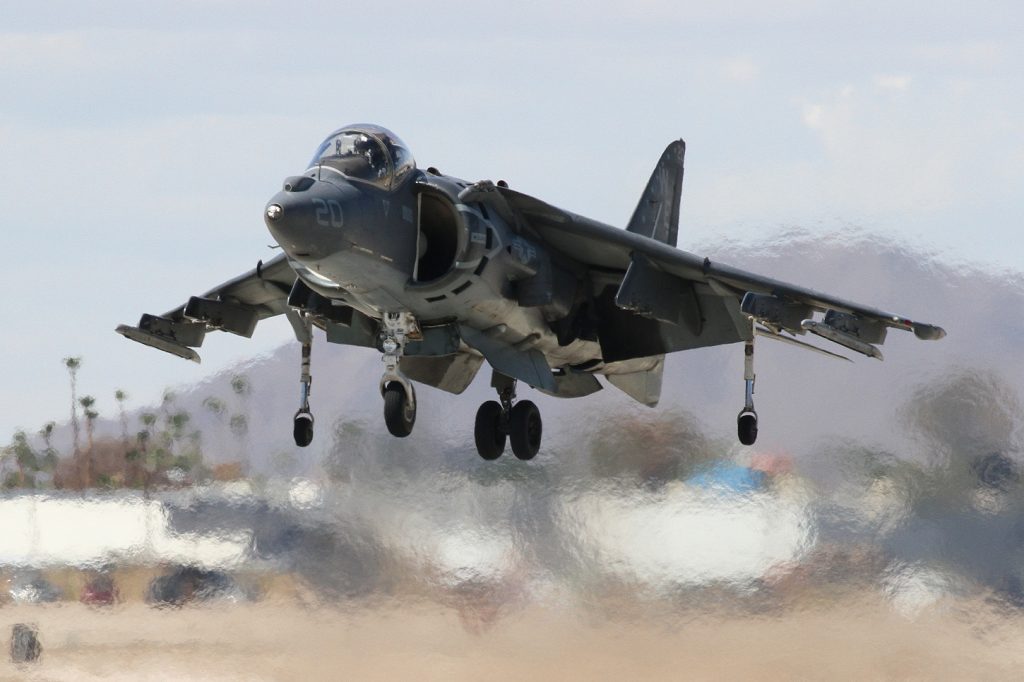 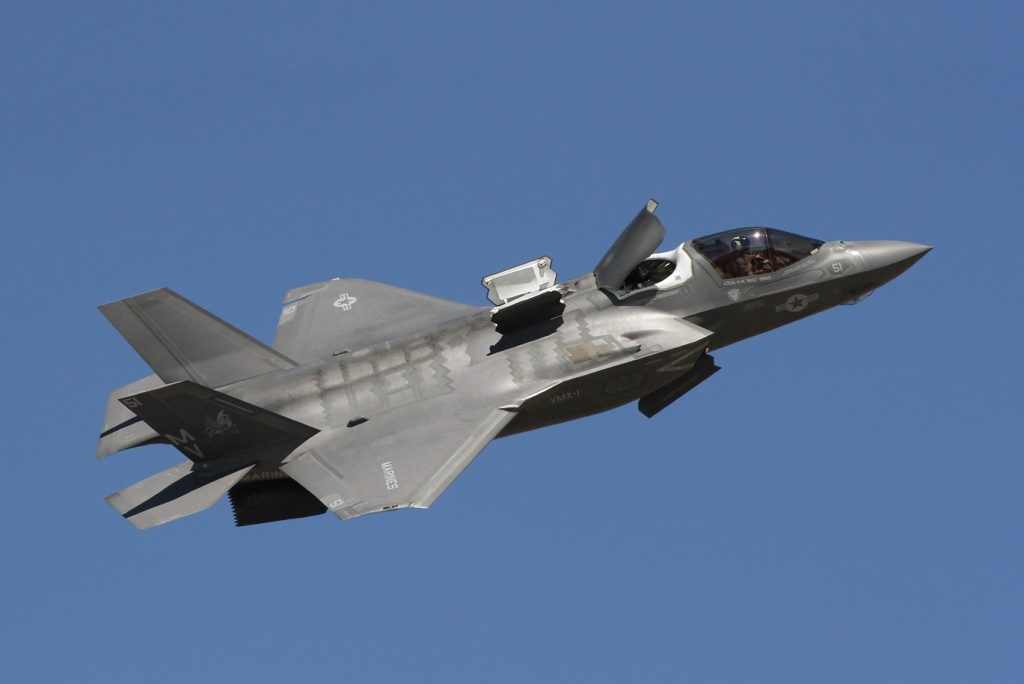 A Marine F-35B transitions for a vertical landing by opening doors behind the cockpit to engage the LiftFan. This feature is not found on the Air Force F-35A and Navy F-35C versions. 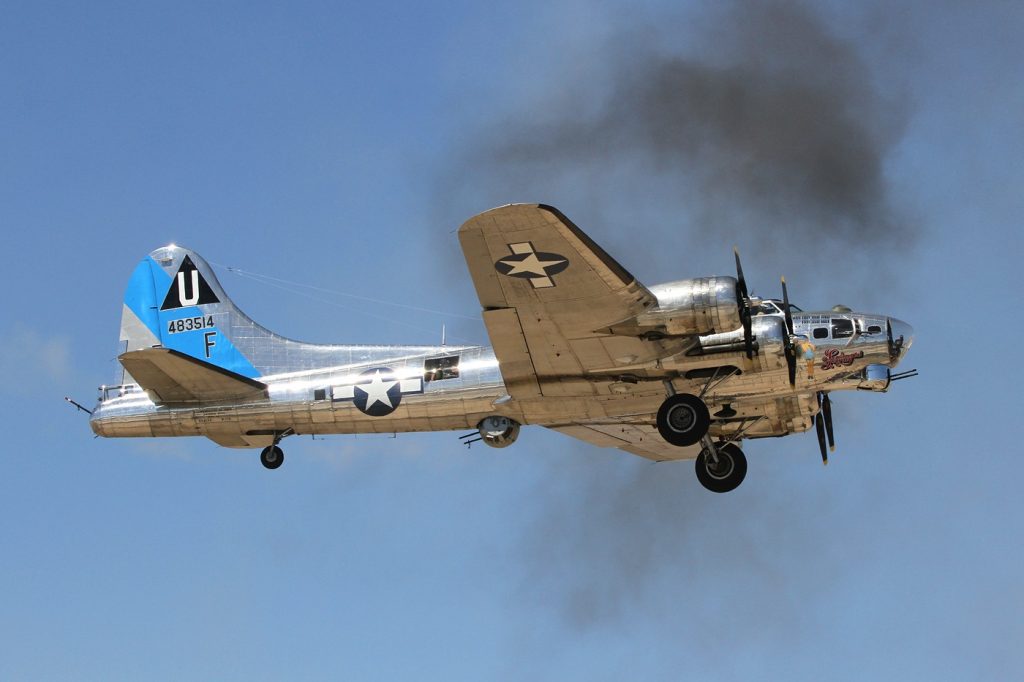 Boeing B-17 Flying Fortress “Sentimental Journey” in pristine appearance at Luke AFB. It is operated by the Commemorative Air Force at Mesa AZ. You can fly in it for $425. The bombardier’s seat right in the nose is just $850! 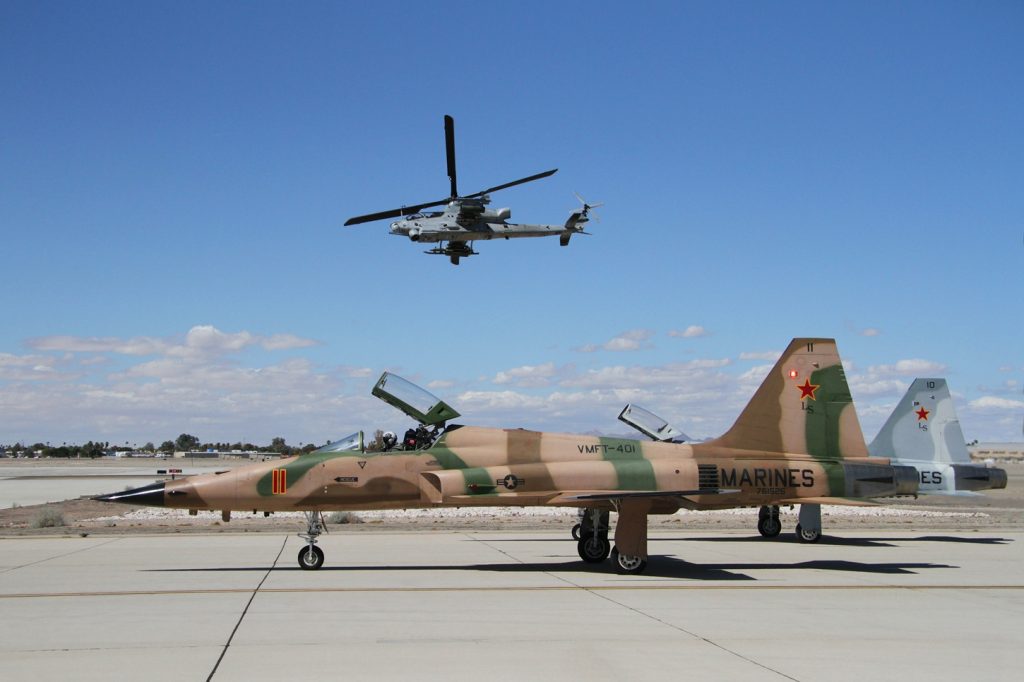 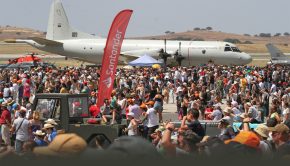 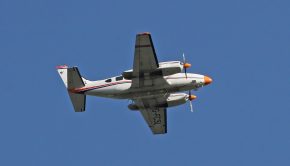