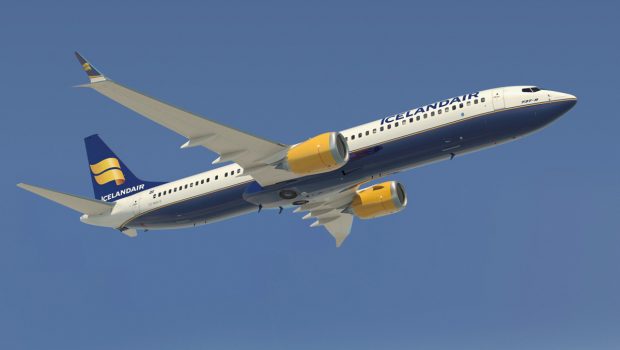 Last October Icelandair announced a new year-round service to Dublin commencing 8th May 2018 from their hub in Keflavik. The non-stop flights will operate six days a week using the Boeing 737 MAX. It’s not clear at the moment if all of the frequencies will be operated by the MAX. Icelandair are just about to take delivery of their first 737 MAX, TF-ICE, which is currently finalising flight testing in Seattle.

Beginning 8th May 2018, flight FI416 will depart on Mondays, Tuesdays, Wednesdays, Thursdays, Fridays and Sundays at 7:30 a.m. (GMT) from Keflavik International Airport, with arrival into Dublin Airport (DUB) at 9:15 a.m. (GMT). On the return, flight FI417 will depart Dublin at 11:50 a.m. (GMT), with arrival in Keflavik at 1:15 p.m. (GMT), in time for an Icelandair Stopover or easy connections to North America.

In 2013, the Icelandair Group signed an agreement for sixteen 737 MAX aircraft and purchase rights for an additional eight. They will be configured with a total of 156 seats, 16 Saga Class seats, 12 Economy Comfort seats, and 128 Economy seats. The first Icelandair Boeing 737 MAX 8 flight will be on 29th March from Reykjavik to Berlin, which Icelandair currently serves with Boeing 757s.

Icelandair has been in operation since 1937 offers service to and from Iceland through Icelandair’s hub at Keflavik International Airport serving 20 destinations in North America and more than 25 destinations in Scandinavia, the U.K., and Continental Europe. Icelandair also allows passengers to take an Icelandair Stopover for up to seven nights at no additional airfare. 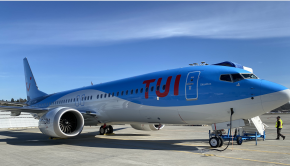