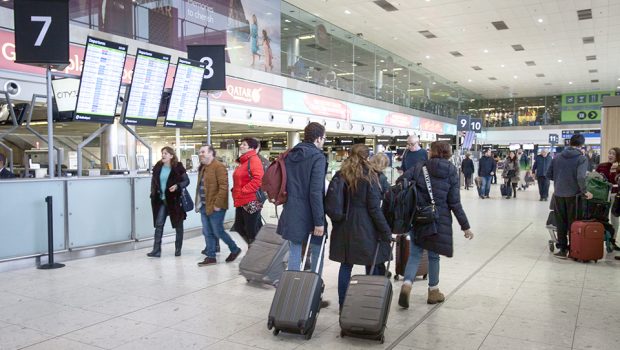 Almost two million passengers travelled through Dublin Airport this January, a 6% increase compared to last year. Passenger volumes to and from continental Europe increased by 9%, with more than 954,000 passengers travelling to European destinations.

Nine new routes will commence from Dublin Airport this year, four short-haul and five long haul destinations. Three new airlines will begin flying to Dublin. Iceland Air will fly six times per week to Reykjavik from May, Cathay Pacific will start a four times-weekly service direct to Hong Kong from June and Croatia Airlines will operate a twice weekly service to Zagreb.

Dublin Airport has flights to 191 destinations in 42 countries operated by 47 airlines.

Traffic Up at Cork and Shannon too

The IAA released its traffic figures from January and confirmed that commercial terminal traffic for Cork, Dublin and Shannon airports increased by 5.6% in January 2018. Peter Kearney, IAA Chief Executive Designate commented; “These are positive figures for the three State airports for the first month of 2018. The IAA continues to invest in a state-of-the-art air traffic management system and in the development of our staff, to deliver a world class service to our airlines customers.”

Individually, the January 2018 figures for the three State airports, when compared to January 2017 are as follows;