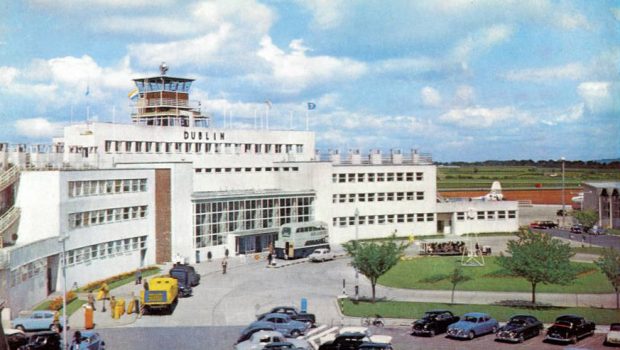 Dublin Airport officially opened at 9:00am on 19th January, 1940. It was a cold Friday morning when the inaugural flight – an Aer Lingus Lockheed 14 bound for Liverpool – departed from Collinstown Airport, as it was then known. In the late 1930s, development had begun on a terminal building and grass runways at the Collinstown site. The architect of the new terminal building was Desmond FitzGerald, an elder brother of the former Taoiseach, Dr. Garret FitzGerald. The curved building with its tiered floors was designed to echo the lines of a great ocean liner and won many architectural awards for its design. This original terminal building was designed to cater for just 100,000 passengers a year. 2017 was the busiest yet for Dublin Airport with a record 29,582,321 using the airport during the year.

To celebrate the event, Dublin Airport have produced a short video showing key milestones in the history of the airport (see bottom of this article). 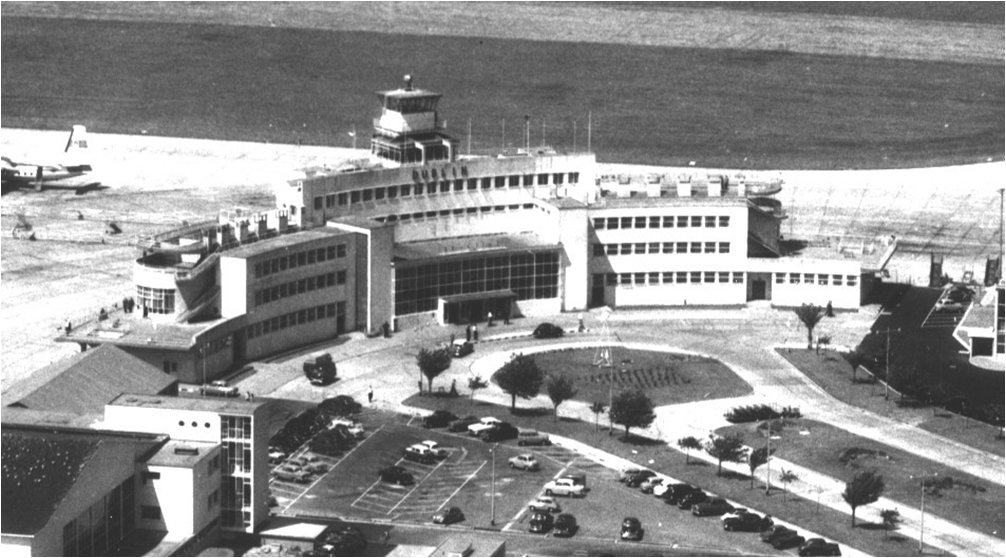 An aerial photo of the original terminal at Dublin Airport

Not all good news at the Airport

New passport reading machines known as eGates were introduced at the Airport at the end of November however there have been a number of technical issues which have frustrated passengers. Anyone using the airport would have noticed the longer than normal queues at passport control over the Christmas period.

“There are a number of technical challenges to processing a contactless [passport] card, including the fact that data must be read from each side of a card and the fact that a passenger could insert a card in a variety of ways,” a spokesman for the airport said.

In people news, we reported last May that daa Chief Executive Kevin Toland had tendered his resignation to go to Swiss food giant Aryzta. He was succeeded by Dalton Philips who took up the role on 2nd October. Dalton Philips, who was born in Dublin, has held a number of senior leadership roles in retail and related industries, working in 14 countries for companies including Walmart, Loblaw (Canada’s leading retailer) and Morrisons. His roles included Chief Executive of Brown Thomas Group, Chief Operating Officer of Canadian retailer Loblaw Companies and Chief Executive of Wm Morrison plc. 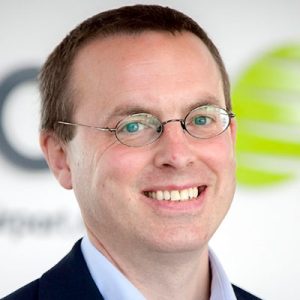 This week it was announced that the daa’s Chief Development Officer, John Heffernan, is to join Kevin Toland at Swiss-Irish food firm Aryzta. Mr. Heffernan has overseen some of the major infrastructural projects at the airport including the new North Runway. Brian Drain, currently General Manager Operations at Dublin Airport, will take over from the departing Anna Pringle as the company’s new Chief People Officer and daa chairman Pádraig Ó Ríordáin has informed the Board of the company that he will step down from the Board this month on the expiry of his current term of office.

Mr Ó Ríordáin was appointed in January 2012 by the then Minister for Transport, Tourism and Sport, Leo Varadkar.  He was reappointed in February 2015 by Minister Paschal Donohoe and in July 2016 by Minister Shane Ross.

“It has been a privilege to be chairman over the past six years, and to work alongside the Board, the management, staff and the Department to make DAA an even more focused contributor to all of its stakeholders and in particular to the Irish economy,” Mr Ó Ríordáin said.  The Department of Transport will now begin a formal process to recruit a successor.

You can click on the following to know how to get a us passport renewal done. 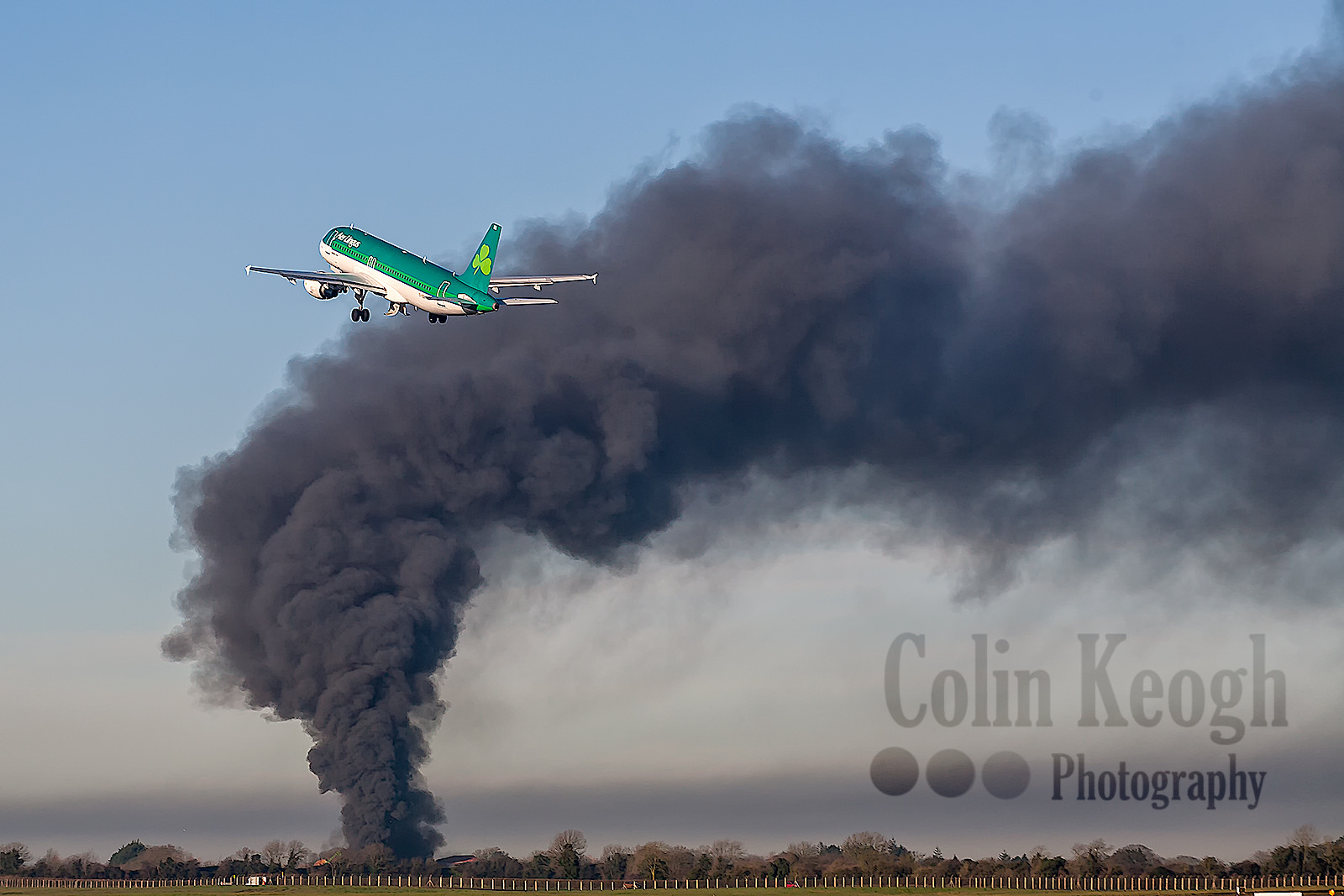 This excellent photo by Colin Keogh captured the extent of the smoke from the fire.

A fire at the St Margaret’s metal recycling plant close to the airport on 10th January did not cause any disruption at the airport despite generating huge plumes of smoke. The Dublin Airport Fire Service sent one appliance to the scene to help the Dublin Fire Brigade get the blaze under control. There were a number of diversions to Shannon shortly after the event as fog formed and caused a reduction in the number of arrivals and departures.