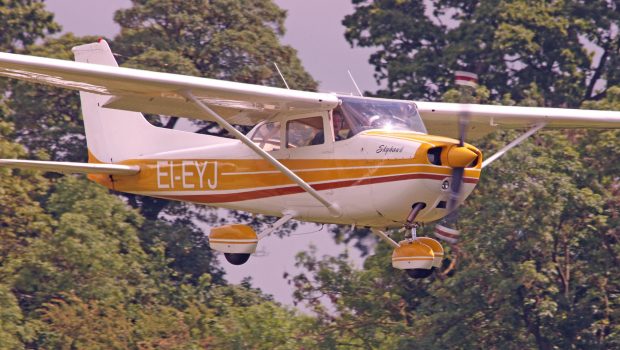 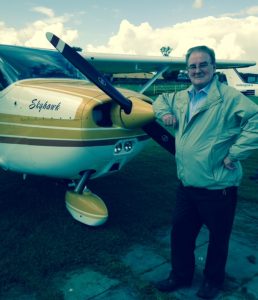 The Recent Past
A turn out of over 60% at our AGM in February last made for a most lively and  interesting evening. As required by our Constitution, Roger Cronin stood down  having served 3 consecutive terms as Chairman, the first incumbent to do so in the Clubs almost 40-year history. Graham Wood inherited the mantle unopposed, and a healthy injection of new and young blood was also elected to the (enlarged) General Committee. They have brought in a good cross-section of talent, know-how and expertise which will serve TFC well for the future.

The Here and Now

TFC has been based at Weston for almost 18 months now. Winter hangarage, ease of access to maintenance and a hard runway from which to operate led to very active flying programmes during both Summer and Winter. Naturally this was reflected in the club’s financial position, the healthiest it has been in many years, and allowed investment in new safety equipment, life rafts and life jackets, even the provision of a defibrillator unit with people trained in its use.

Also, being based at Weston has provided many opportunities to renew old friendships and indeed create and develop new ones in the flying fraternity. Names like Noel Connolly, Rob Bliekendall and Michael Traynor Spring to mind. Equally the ever attentive staff at Weston are always a pleasure to engage. They have all without exception made us feel right at home and very much part of the family there.

Membership – Out and About
Two years ago we set and objective of having 100 members in the club, and are delighted to report that that figure was reached earlier this month. Generally speaking we see around 40% of that number flying on a consistent basis. We continue to attract new members via our website and there are currently 24 students at various stages of their training. Under the ever watchful eye of our highly regarded CFI Michele Dore we have produced 6 new PPL’s with another 2 currently within a whisker of qualifying. Both aircraft are heavily booked most weekends. The addition of EI-EYJ to the fleet and a major avionics upgrade have seen an upsurge in “Touring and Visiting”. TFC aircraft have been spotted in Shannon (for an episode of Ireland’s Fittest Family), Sligo, Waterford, Kerry, Newtownards and the Aran Islands. Further afield Haverfordwest, Lasham, Jersey, Dinard, La Baule and Alderney have all played host to us. Perhaps the “Icing on the Cake” for us is that several of our members having qualified at TFC have secured gainful employment with Stobart Air and Ryanair.  We would be happier to see an upsurge in the number of lady members and we sometimes wonder if perhaps we are using the wrong after-shave.

No reason to think it will be other than bright and loaded with new opportunities to promote and encourage young Irish men and women in General Aviation. There is about the place quite an eclectic mix of age, talent and personalities ready to take on those challenges and opportunities as they arise.

Our number 1 priority just now is to source a replacement for our venerable trainer EI-DDC. We’re looking out for a late 90’s C172, if you get wind of something that might interest us call our Maintenance Co-Ordinator Phil Mc Manus on 086 8202199 please. Another idea under consideration is the introduction of a “tail-dragger” for those more adventurous pilots amongst us. Our Committee meet once a month to deal with issues in a timely and proactive fashion. For information those committee members are;

As in previous years TFC will be participating fully in this most special and worthwhile event on July 1st. Both of our aircraft and several suitably qualified pilots are pledged and we hope and pray that the Weather Gods will smile upon us. Colette Durkan, Michele Dore and Declan Foley are our liaison people for this venture and an adequate number of TFC volunteers will be on hand to assist as and when required. 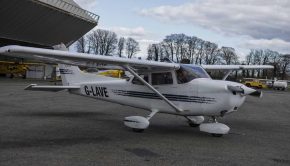