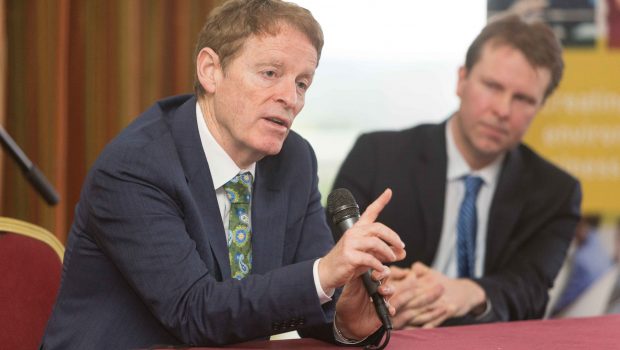 Britain Cannot be Seen to Benefit from Brexit – IAA Chief

Such is aviation’s importance to the Shannon region that almost 100 key executives, many involved in the aviation sector, turned up at the Inn at Dromoland to hear the Irish Aviation Authority’s chief executive Eamonn Brennan, present his views on how he feels Brexit could affect the aviation and aerospace sector in Ireland and in Shannon.

The breakfast briefing, was organised by Shannon Chamber in conjunction with the Shannon Group plc, as part of a series of Brexit-focused presentations the Chamber is organising in the coming months.

Opening the briefing, Chamber president Julie Dickerson, managing director of Shannon Engine Support (SES) said that with the aerospace sector contributing €4.1bn and 26,000 jobs to the economy, and the tourism sector an additional €5.3bn and 180,000 jobs, it is little wonder that Brexit is exercising our minds.

Referring to the granting of Irish air operator certificates (AOCs) to airlines such as Norwegian  Airlines and potentially to SAS, Ms Dickerson questioned whether Ireland’s stable, competitive market might attract more airlines to apply for Irish AOCs, to avail of the many bilateral agreements Ireland has globally, thus avoiding the state of confusion that now exists in the U.K.

Quick to point out the benefits of such a move, IAA CEO, Eamonn Brennan said: “With 155 Air Service Agreements, 42 of which are through the UK’s EU membership, it would take more than two years to straighten this out.”

Pointing to the criticality of retaining common border areas in a post Brexit environment, Brennan insisted that the Government must include aviation in its discussions at EU level.

“Ireland makes the most trips by air to the UK, a jurisdiction that is 60% of capacity at Shannon, Knock and Kerry airports. 63% of these trips to the UK would not take place without air so anything that affects these close links could tip the broader economy into recession,” he warned. 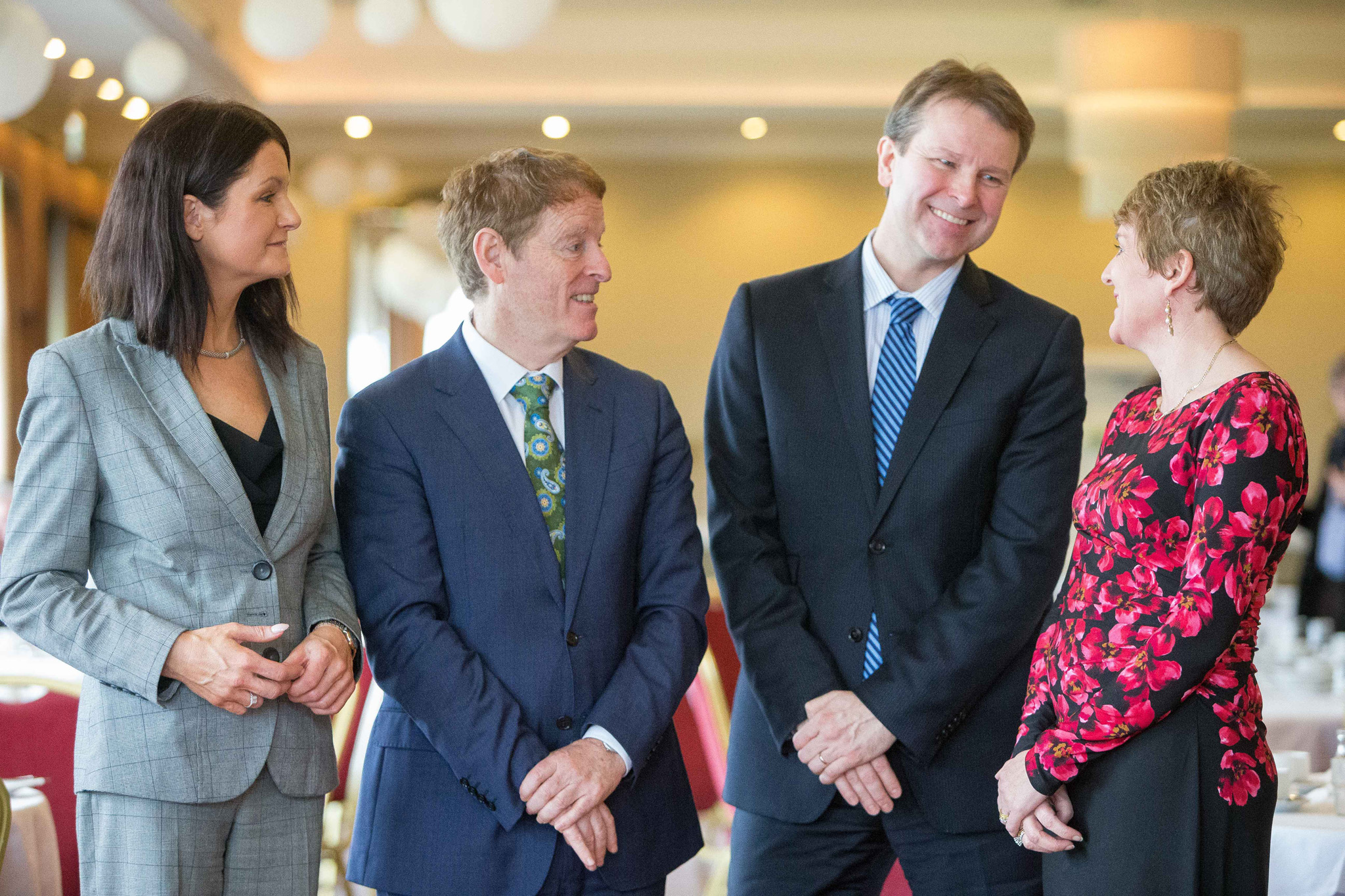 Citing Shannon Airport’s current unique selling points as a proven alterative to Dublin – a demand for long-haul point-to-point and regional traffic, the Shannon Group’s landbank and suite of tourism products, its US ties and US Customs and Border Protection (CBP), Brennan cautioned as to the wisdom of banking on CBP for the long term.

“The US wants to clear the big backlog at its airports so expect to see CBPs popping up in many additional airports, wiping out Shannon’s advantage in this area,” he said.

“Shannon needs to prepare for this, and for the advent of new aircraft types that require less maintenance, repair and overhaul (MRO). Another dilemma for Shannon is its catchment area, which is a critical determinant in an airline’s destination choice. This can be a double-edged sword for Shannon as there is little point in attracting new airlines if the populous at large is not filing the aircraft. It’s a simple fact that airlines will not continue a route if people do not use it.”

Complementing the Shannon Group on planning a new hangar given that cargo hangarage in Ireland is in short supply, Brennan called on all present to lobby the Government to eliminate rates on hangars, which, he said, is the greatest deterrent to operators getting into or expanding their MRO facilities.

“Hangars by their nature have to be large to cater for aircraft size so a lot of the space being rated is therefore at an elevated level and unused. Rates of the magnitude currently being levied do not make sense and are a huge deterrent to operators availing of the many untapped opportunities in the sector,” he said.

Responding to Mr Brennan’s remarks generally, Shannon Group plc CEO Matthew Thomas said: “The business environment in which we are operating is incredibly uncertain, with no clarity on how Brexit negotiations will unfold or their subsequent implications for Ireland and the West of Ireland.

“However, we see this as a time of opportunity for the region and we should be confident in its compelling economics. The Shannon Group is  committed to investing in our region and this year will be investing €20 million in Shannon Airport, enhancing facilities including the runway, restaurants, executive lounges and the Duty Free shop at the airport.  We need to be mindful however that for connectivity to grow at the Airport, which is vital to growing foreign direct investment, we all need to support new airlines and new routes at the Airport. Airlines don’t fly benevolently; if there is no demand for a route, they can make a decision to leave very quickly. Similarly, if we demonstrate there is real demand, they will certainly add more capacity,” he added, calling on the  region at large to choose to fly Shannon at every opportunity.

Citing the importance of the National Planning Framework Mr Thomas said: “It is important that we have a plan not just for the continued growth of Dublin but also one that will enable the regions and cities outside the capital to achieve their full potential. All parts of the Shannon Group are committed to leading the development of the west coast, none more so than Shannon Airport. The importance of direct air connectivity to deliver foreign direct investment cannot be understated, which will be crucial for the development of the regional economy. We look forward to working with all of the stakeholders to create a vision and a robust plan for the development of Shannon and the wider region we serve.”

Eamonn Brennan’s parting note to his audience was: “The aviation industry needs to lobby hard to secure member state support. The sector is just one of many competing Government and EU priorities, but Irish aviation has more at stake than most EU states in a post-Brexit era without adequate and easy access…isolation. Brexit does offer some opportunities, such as increasing the attractiveness to transit through Ireland to North America rather than the UK and our airports will be seeking to capitalise on that but in broader terms, a hard Brexit will be difficult for the Irish civil aviation industry.”