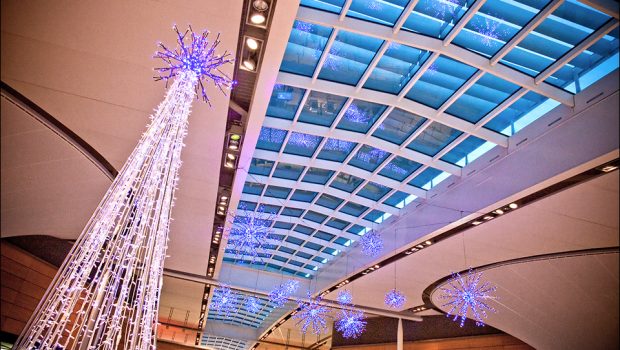 As this piece is being written, Dublin Airport has already welcomed the first wave of passengers, in what is expected to be its busiest Christmas season on record, with just under one million people expected to arrive and depart during this festive season.

From Friday, 23rd December to Friday, 6th January 2017, an expected 978,000 people will travel through the Dublin Airport. The numbers travelling this year are up 8% compared to the same period last year, making it the busiest Christmas in the airport’s 76-year history. 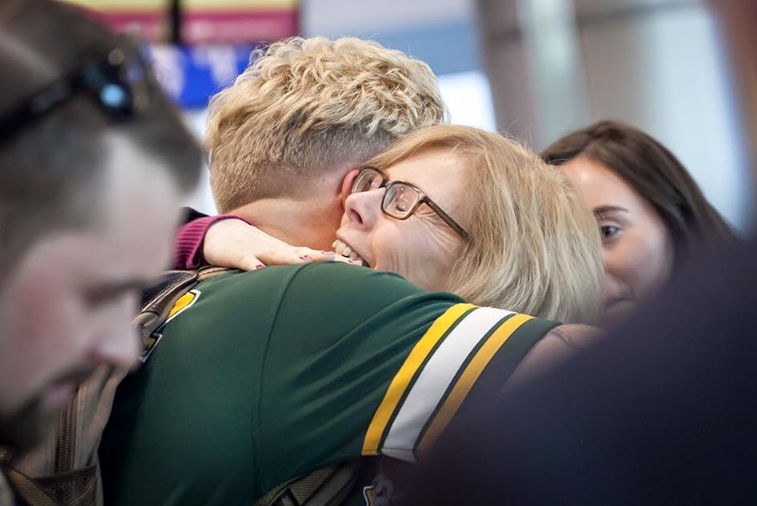 A homecoming at Dublin Airport

“Dublin Airport is a truly magical place at Christmas time with many wonderful, emotional family reunions at arrivals in Terminal 1 and Terminal 2,” Dublin Airport spokesperson, Siobhán O’Donnell noted, adding; “We’ve had a number of Christmas marriage proposals” she added “and every year we have grandparents seeing their grandchildren in the flesh for the first time – whether that be Irish emigrants returning home or people from overseas visiting their family here. Increasingly, those waiting to meet their loved ones at Dublin Airport are entering into the spirit of Christmas by dressing up and making signs to welcome family and friends.”

Once again, the Dublin Airport campus and terminal buildings have been decorated to give a special atmosphere to the airport over the festive season. The terminals are decked with 100,000 led lights, which use significantly less electricity than traditional lighting, while there are more than 100 Christmas trees, 500 snowflakes/stars and 20 festive displays. So photographers get out and have a look, we would be only too happy here at Flying in Ireland to see your results.

To help people get into the full Christmas spirit, Dublin Airport had booked more than 30 musical groups from local schools and choirs to perform in both terminals in the days leading up to Christmas. This gave a true Céad Míle Fáilte to the many people coming home for the Christmas Holidays and to those visiting Ireland from overseas, for the holiday season.

To join in the festive spirit, Ryan Tubridy’s RTE Radio One programme and 2FM’s Eoghan McDermott was broadcast live from the airport on Friday, 23rd December from 09:00 and 16:00 respectively. In addition, TV3 has also been filming its ‘Coming Home for Christmas’ documentary at the airport, so there was not a dry eye in the place. Today FM have also produced the following video.

Unlike other European Airports, Dublin Airport was closed on Christmas Day – the only day on which it closes every year – however key staff members remained on duty including the airport’s emergency fire services. This also allows for the traditional fleet blessing to take place. 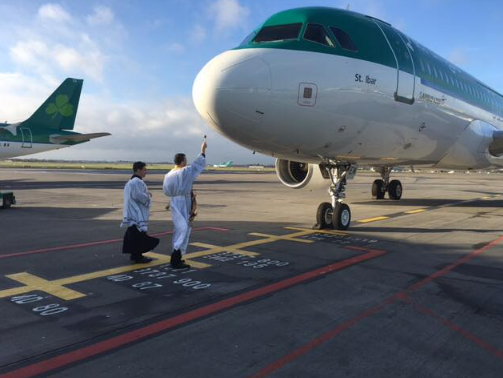 Blessing the fleet at Dublin Airport on Christmas Day

To help passengers have a smooth journey through the airport this Christmas season, Dublin Airport has produced a short information film, which can be view here.

On Sunday 18th December, Dublin Airport achieved the significant milestone of welcoming its 27th million passengers in 2016, as the Christmas rush began in earnest. With a further 12 days of business to go before the end of the year, the airport will comfortably exceed the 2015 figure of 25,049,335, which itself was a record figure.

“We have had a very busy year at Dublin Airport and have been setting new passenger records every month,” said Dublin Airport Managing Director Vincent Harrison. “Dublin Airport has been the fastest-growing major airport in Europe this year, due to the introduction of 19 new routes and also additional capacity in the form of extra flights or larger aircraft on 31 of our existing routes,” he added.

He went on; “We’ve seen growth from the vast majority of our major airline customers during the year and also across almost all major market sectors. European, British and transatlantic passenger numbers have all experienced double digit growth so far this year. Transfer passenger numbers are also up strongly and have passed the one million mark, as more and more people are choosing to connect at Dublin Airport.”

Dublin Airport has direct flights to over 180 destinations in 40 countries on four continents and is now Europe’s fifth largest gateway to North America, and is the only major European airport with US Pre-Clearance. The Dublin-London route is the busiest air route in Europe and the second busiest international air route in in the world behind Hong Kong-Taipei. Last year, almost 4.5 million people flew between Dublin and London.

9% growth in November and October

Passenger numbers in November were up 9%, to just over two million, due to growth in almost all sectors of the business. A very strong November, which is traditionally one of the quieter months of the year for aviation, also helped push the airport past its previous annual passenger record. European traffic, which accounted for almost half the passengers during the month, was up 9% to almost 916,000, while British traffic increased by 8% to more than 833,000. Transatlantic traffic was up 18% to almost 194,000 in November, while traffic to other destinations in Africa and the Middle East declined by just over 54,000.

The November increase in passenger numbers was echoed in October which reached almost 2.5 million, with a similar 9% increase on the same month last year. This brought the total passengers numbers in the first 10 months of the year, to almost 24 million, a 12% increase over the same period in 2015. This meant that almost 2.5 million extra passengers travelled through the airport, between January and October.

The number of passengers flying to and from continental Europe increased by 11%, as almost 1.3 million passengers travelled to and from European destinations in October.

Almost 860,000 passengers travelled to and from UK destinations that month, a 4% increase compared to October 2105.

Transatlantic traffic to North America increased by 26%, with more than 291,000 passengers travelling on this route sector in October.

The number of passengers travelling to other international destinations in the Middle East and North Africa declined by 9%, with just under 60,000 passengers flying to these routes in October.

Almost 7,500 passengers travelled on domestic routes during the month, which was a 10% decrease over October 2015. 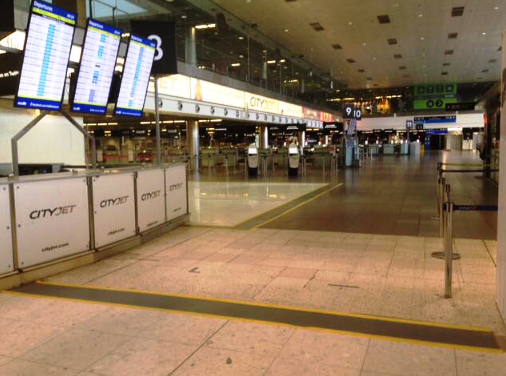 An empty Terminal 1 on Christmas Day

Dublin Airport reached a significant milestone in November, when the number of passengers connecting onward to another destination, exceeded one million, a 20% increase over the same period last year. Over 142,000 passengers chose Dublin Airport as a hub to connect to another destination in October, a 57% increase over the same month last year making October the busiest month ever for connecting passengers.

Dublin Airport, Head of Transfer Product, Ronan Fitzsimons said the record numbers are largely due to additional capacity on new and existing routes. “The ability to fill this capacity, given the size of the overall market, is testament to the combination of value fares and the product proposition which Dublin Airport can offer. We see Dublin Airport as an airport that people want to connect through, rather than have to connect through.”

The increase in passenger numbers at Dublin Airport this year has delivered additional jobs and economic activity, both in Dublin and in the rest of the country. It has also helped support a record year for Irish tourism in 2016.

A 2014 economic study by InterVistas found that Dublin Airport supports 97,400 jobs – including almost 16,000 jobs on the airport campus – and is worth €6.9 billion to the Irish economy.