The Programme for Partnership Government commits the present Government to a feasibility study on the expansion of the Emergency Aeromedical Support (EAS) Service “and its possible extension to night time”. On 2nd November, the Minister for Health, Simon Harris faced questions in the Dáil, as to when this study would be carried out. In response, the Minister said that work in relation to the study, was at “a preliminary stage” and officials from his Department, were “examining ways to bring this project forward”.

Currently the Air Corps provides support to the HSE, through the provision of an emergency inter-hospital air ambulance service, or for the air transport of patients requiring organ transplants in the UK, air transport of Organ Retrieval Teams within Ireland, and air transport of patients from offshore islands to mainland hospitals, where the Irish Coast Guard (IRCG) service is not available. 467 missions were undertaken in 2015, flying a total of 971 hours. 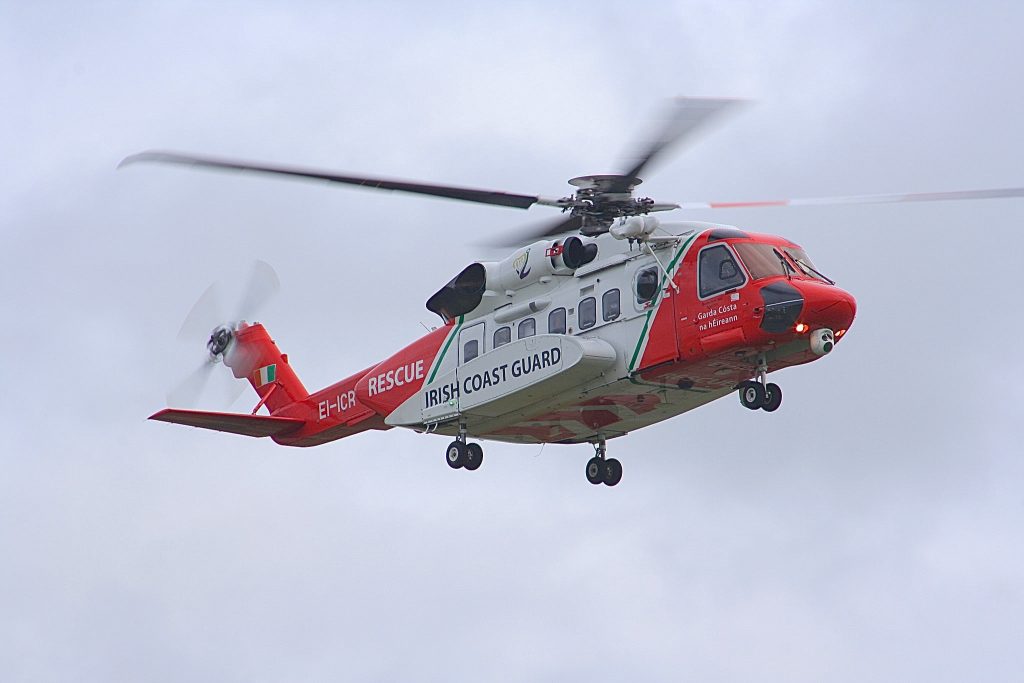 The Air Corps also provides support for the HSE’s Emergency Aeromedical Support (EAS) Service, which operates on a daily basis, through the provision of a dedicated helicopter operating during daylight hours, out of Custume Barracks Athlone, with reserve support being provided by the IRCG. This service commenced in June 2012 and was established, initially on a pilot basis, by agreement between the Department of Defence and the Department of Health. A permanent service was established following a Government decision in July 2015 and arising from that decision, the Defence Vote now receives an additional €2.2 million annually, in respect of the costs incurred by the Air Corps, in providing the EAS service. This is based on flying around 480 hours per year. 397 EAS missions were undertaken in 2015 flying a total of 788 hours. The Government decision provided that various options for future provision of the service would “be kept under review”, in the context of what it described as “ensuring a sustainable long term service”.

However in Munster, a local group is not waiting for the Government to complete its feasibility study on the expansion of helicopter based service. Irish Community Air Ambulance services, a new service provider, has announced its own plans and hopes to get off the ground next April, following a fundraising drive, which aims to raise more than €1 million, to cover start-up costs required to enable what it describes, as “a life-saving service”.

Co-founder, John Kearney, plans to mirror similar successful models of medical care operating across the UK, where he points out that similar services have been operating in Wales, Scotland and England, for more than a decade. These, and the more recent service planned for Northern Ireland, can prove highly successful in terms of saving lives.

However, a key difference is that the new service will operate with a doctor on board, effectively offering “a mobile intensive care unit by air which will allow us to safely transport patients faster to a major hospital, saving times and lives,” added Mr Kearney. 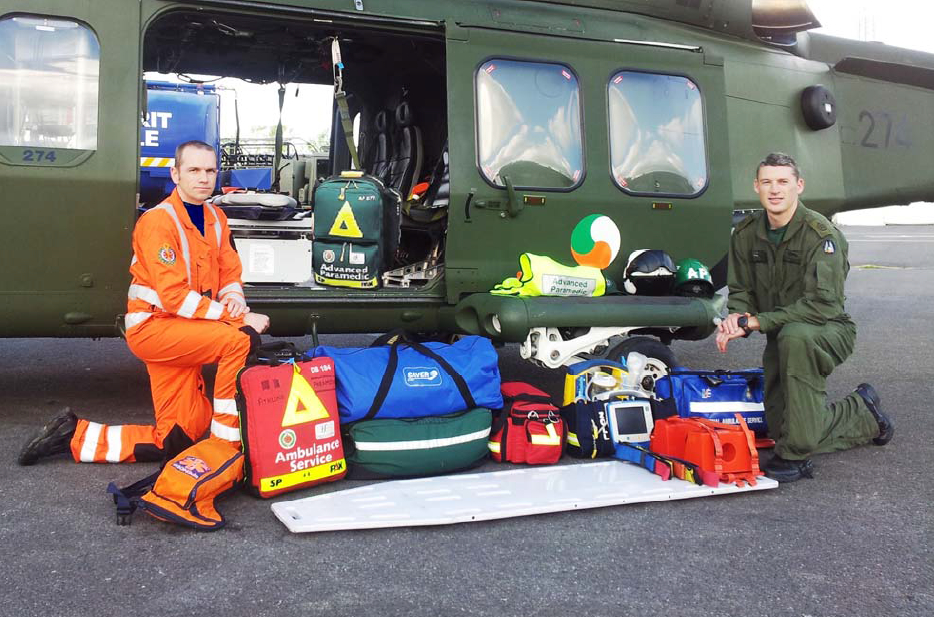 EAS equipment on an IAC AW-139

Mr Kearney has been involved for the past three years in running the Irish Community Rapid Response service, which was established in 2008, to deliver professional pre hospital care directly to the site of medical emergencies, throughout Ireland. It transports volunteer doctors to the scenes of crashes and other accidents and these volunteer doctors have made a significant difference, while working in association with the National Ambulance Service, when responding to 999/112 emergency calls. There are currently five Level 4 clinicians and over 100 GPs with the Rapid Response service, who have saved countless lives and improved care and undoubtedly affected patient outcomes.

Mr Kearney believes that building on the success and the experience with the Irish Community Rapid Response service, will enable the Republic of Ireland’s first dedicated doctor led HEMS to be provided. Based out of Cork Airport, Irish Community Air Ambulance will provide a vital lifesaving service to the greater Munster area, offering fast access to advanced clinical interventions at the roadside, by highly trained pre-hospital emergency care physicians.

Mr Kearney sees the new service as being complementary to the EAS operated by the National Ambulance Service, in partnership with the Air Corps, but the focus of the new service will be on the southwest and the southeast of the country.

“We will operate from a base at Cork Airport and we estimate we will be able to get to anywhere in Munster and over as far as Rosslare within 30 minutes – the only difference between us and the Athlone service is that they are paramedic led while we will be doctor led,” he added.

He went on; “The launch of a community air ambulance service is the next step, bringing better response times with permanent on-duty doctors who will have the ability to bring advanced skills to acutely ill and injured people throughout its catchment area.”

A key challenge will be funding, apart from the €1 million the group needs to get started, it will need around €2 million each year, thereafter to operate. Mr Kearney believes such targets are entirely achievable, and in order to raise the necessary funding, the air ambulance will travel to every town in Munster, over the next six months. With no confirmed state, funding the service will nevertheless face many challenges to get started, never mind be sustained into the future. Mr. Kearney is more optimistic however, pointing out that the communities in Cork have sustained the land-based Rapid Response service and he believes that €2 per person per year, from the people of Munster, will fund the new air ambulance. Unfortunately, the total population of Munster, adults and children is around 1.25 million, so raising the €1 million to get started and €2 million each year thereafter to operate, will be extremely difficult but not impossible and given the commitment and enthusiasm of those involved hopefully, they can bring the project forward. We wish the new service well in its endeavours.