In a statement issued by Irish Community Rapid Response (ICRR) Chairman John Finnegan on Friday, it was announced that the

Ireland’s first Charity led Air Ambulance has delivered in excess of 100 missions within its first two months of service. 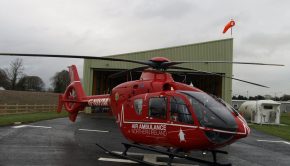