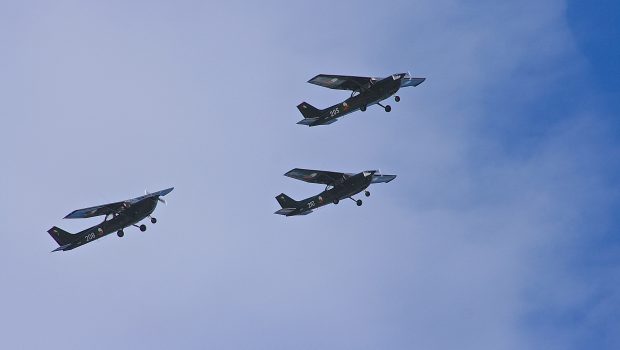 In a piece posted on 2nd February, we noted that the Department of Justice and Equality had secured an additional €1.8 million in capital funding, for the replacement and upgrade of equipment on the Defender aircraft, which entered service in 1997. We also noted the comments of the Minister for Justice and Equality, Frances Fitzgerald that “the question of the replacement of the Defender aircraft as it nears the end of its estimated lifetime in a number of years’ time is under consideration by An Garda Síochána and the Department of Justice, Equality and Law Reform”, although at that stage it did not seem that it was an immediate priority.

Given the long awaited replacement of the Air Corps 44 year old Cessna aircraft, it seemed likely that their replacement with three aircraft suitably equipped for Intelligence, Surveillance, Target Acquisition and Reconnaissance (ISTAR) tasks, would precede any Defender replacement. It seem logical that whatever platform that was chosen for the Cessna replacement, that a similar platform could form the basis of the Defender replacement. 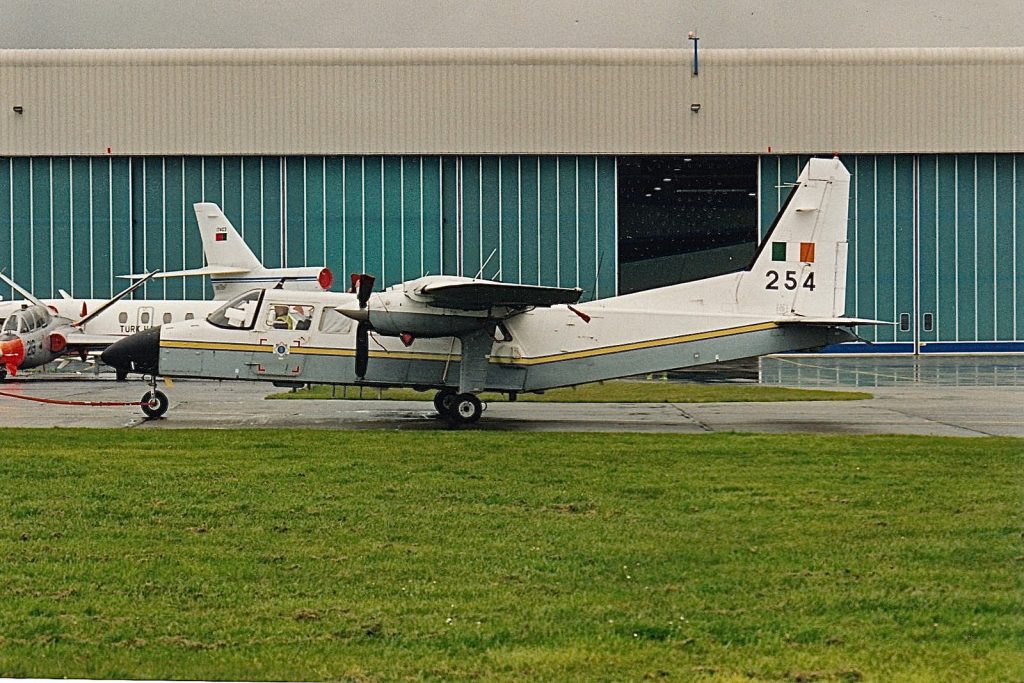 However on 14th October, an Etender request for ‘Information for a Fixed Wing Aircraft for An Garda Síochána’ was published. It noted that An Garda Síochána, which currently utilises various aircraft are to perform the airborne tracker, ground surveillance and air/ground interdiction missions, “wishes to explore the feasibility and practicality of using a sensor-equipped Fixed Wing Aircraft that can effectively perform these types of missions”. It added that the existing diversified fleet of Garda Air Support Unit (GASU) aircraft are used “to detect and deter crime, and mitigate threats to the homeland from acts of terrorism, drug smuggling and other unlawful activities”.

To improve mission effectiveness and resource flexibility, An Garda Síochána are “seeking information on commercially available aircraft that could be configured to satisfy all or a large portion of the general requirements,” which were described as follows:-

“The configuration should emphasize the ground surveillance missions; however, design flexibility is needed to support ancillary missions such as airborne tracker, logistical support and signal intelligence collection”.

In the interest of accountability and oversight, it was indicated that An Garda Síochána intends to award a contract to a prime contractor, for the end product, (aircraft and integrated mission equipment).

In 2016, the estimate for GASU aircraft in the Department of Justice and Equality budget was €1.05 million, mainly related to current or operational expenditure. This compared to €3.331 million in 2015, with the main difference being accounted for the replacement and upgrade of equipment on the Defender aircraft. So where is the money to come from for any new GASU aircraft? Well although no details of GASU expenditure was available at the time this piece was written, a clue can be found in the Expenditure Report published as part of the 2017 Budget document. Under the heading of ‘Special Operations’ in the Garda Síochána budget, a fund of €30 million is being provided. It notes that this will fund “the ongoing emergency response to organised crime as well as operations targeting burglary and measures to deal with international terrorism risks”. 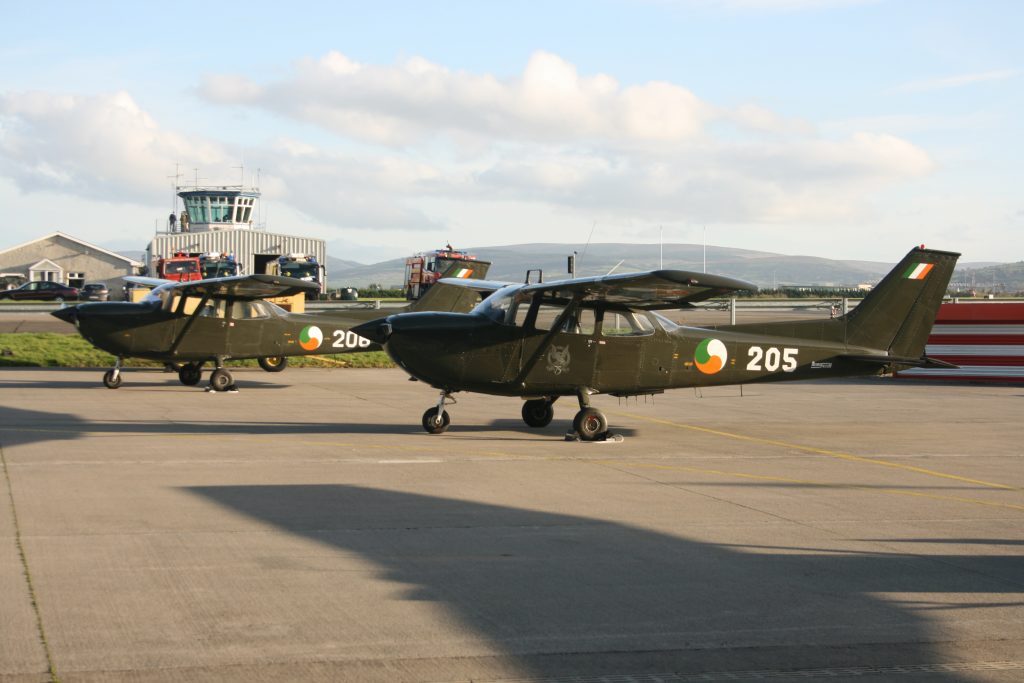 Irish Air Corps Cessna’s on the ramp in Baldonnel

Is Cessna replacement down to a two horse race?

While a detailed tender and specification is awaited for the Air Corps Cessna replacement there are indications that it is effectively turning into a two horse race, between the Cessna Grand Caravan EX, the most powerful Cessna-built 208 yet and the Pilatus PC-12, or more specifically the PC-12 NG Spectre™, the special mission version of the aircraft. Although the Cessna Grand Caravan EX offers a special mission version specifically to accommodate sophisticated ISR systems, video equipment, still photography and infrared cameras, we believed that the PC-12 is more likely to win out, even though it is likely to be more expensive that the Cessna Grand Caravan EX, which has a base price $2.3 million (around €2.1 million), compared to around $3.3 million (around €3 million), for the PC-12 NG. Final mission fit and customise changes could however, change these figures substantially. What will colour the final decision is the tender specification and what it determines should be the optimum, range, speed, weight and other key parameters. However a key clue was given in the ‘Ministerial Brief’ for the incoming Minister in May, which stated that it was planned to replace the Cessna’s with “three larger single engine aircraft”. This was the first time that a single engine aircraft was specifically mentioned, and it rules out aircraft such as the $600,000 (around €546,500) Diamond DA42 Twin Star, which would have been a good choice for the Air Corps.

Looking at the two contenders, the Caravan is unpressurised, but is rugged and can hold a prodigious combination of cargo and passengers and its ability to dispatch quickly compensates for its modest speed on most missions. The PC-12 NG on the other hand is pressurised, but has the ability to fly more than 1,700 nm, cruising at speeds of up to 260 knots.

Our bet would be on the PC-12 NG, which is extraordinarily fuel efficient and requires little maintenance. The cost to acquire, operate, and maintain a single PC-12 NG Spectre is half that of its twin-engine competition, and at an hourly operating cost of $727 (around €662); it is a fraction of the cost of utilising rotor wing assets for the same missions. This is likely to appeal to the Air Corps as is the reconfigurable cabin that can easily transform a single asset into a tool, which can be used for multiple missions, ISR, medevac, personnel transport, or cargo-hauling. With over 1,300 aircraft in the field, the PC-12 fleet has racked up over 5 million flight hours operating worldwide. The price however, might not be so attractive to the Department of Defence.

Some Comparative Specifications for the PC-12 and Cessna Grand Caravan