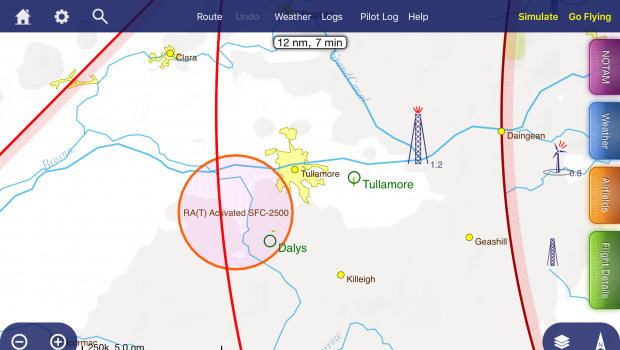 A restriction (Temporary Restricted Area) on the flying of aircraft, including Small Unmanned Aircraft as defined in S.I. 563/2015, shall apply in the vicinity of The National Ploughing Championships, Screggan, Tullamore, Co. Offaly in the Airspace contained within the under mentioned:

The Purpose of the TRA:

The purpose of the TRA, within which flight restrictions may apply, is to ensure the safety of aircraft operating into and out of The National Ploughing Championships, Tullamore, Co. Offaly and of other air traffic operating in the vicinity of the TRA in the period cited.

The Airspace contained within the TRA shall be classified as ICAO Class G. The ATS Service within the TRA will be provided as follows: Shannon FIS Frequency 127.500 MHz. Pilots should be aware of the proximity of this TRA in relation to EIP 8 (Prohibited Area) and its location within Military Operating Areas (MOA’s) 4 & 5.

Subject to any decision of the Flight Operations Department of the Irish Aviation Authority to the contrary, the Airspace within the TRA is restricted to use by aircraft authorised by the Event Organiser (Ms. Annamarie Mc Hugh, National Ploughing Association 059-8625125/ or enquiries@npa.ie).

Small Unmanned Aircraft (SUA’s) including drones and rockets, operating privately or under Aerial Works Permission may not operate within the TRA without written Permission from the Flight Operations Department and Event Organisers. SUA’s may be subject to seizure by An Garda Síochána as evidence for potential prosecution and in the interest of Aviation Safety.

Any exemptions, alleviations or permissions, granted to Civil General Air Traffic by the Authority, are not valid within this Temporary Restricted Area during the period cited. 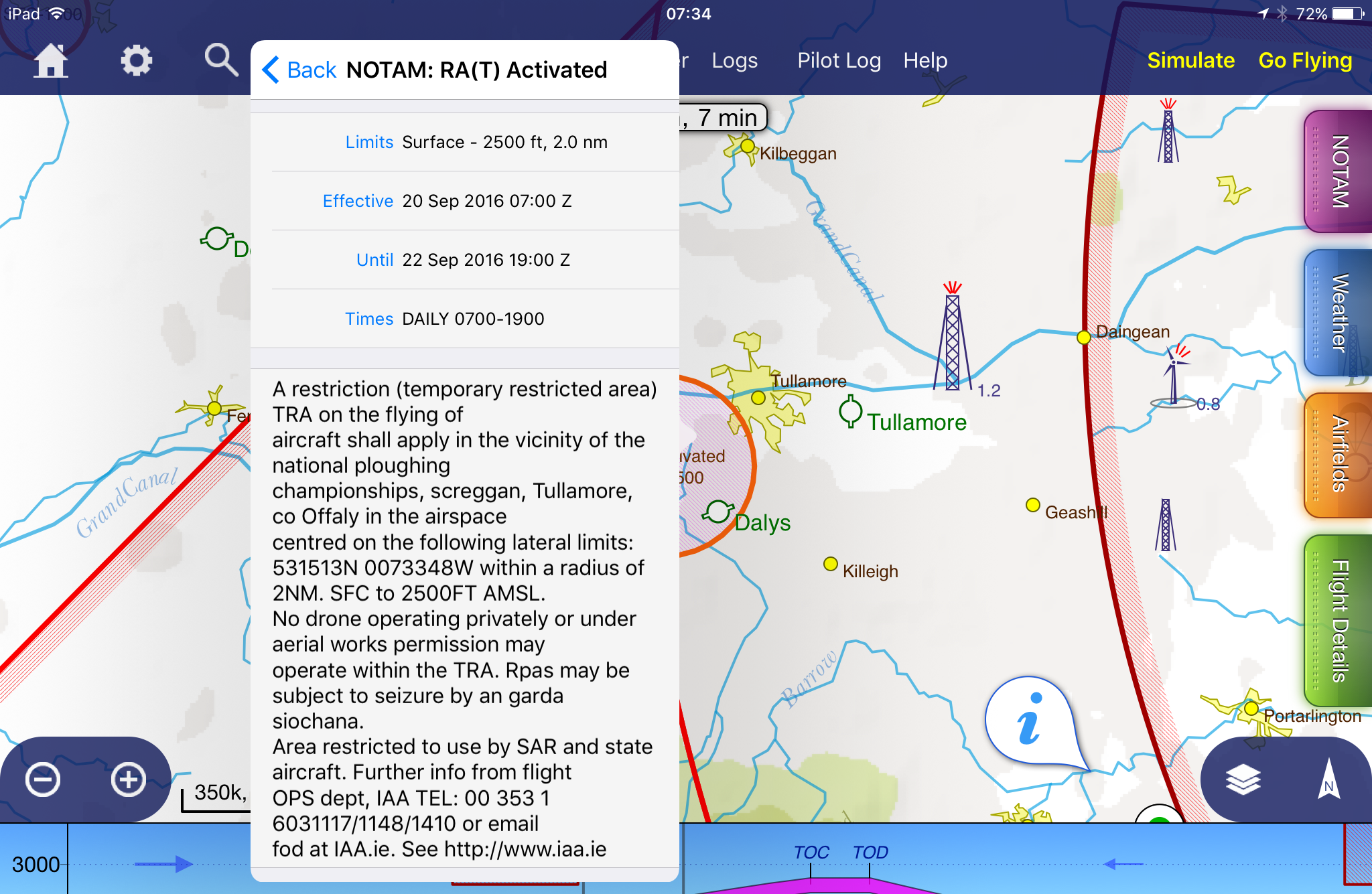