Any pilot will tell you that reading through NOTAMs is a painful process, they’re clunky, difficult to interpret, most of 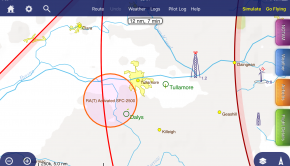 A restriction (Temporary Restricted Area) on the flying of aircraft, including Small Unmanned Aircraft as defined in S.I. 563/2015, shall