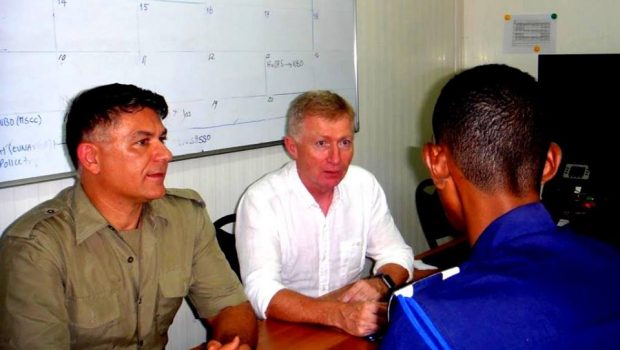 The civilian mission, which assists host countries develop self-sustaining capacity for enhancement of maritime security, was launched in July 2012. At its launch, EUCAP Nestor was mandated to work across the Horn of Africa and the Western Indian Ocean. As of the end of 2015, following a strategic review of the Mission, activities now focus solely on Somalia (including Somaliland). The mission is therefore focused on assisting Somalia create a constabulary Coast Guard with its related police and legal services in a region that has been beset by maritime piracy in recent years. See information sheet here and video. 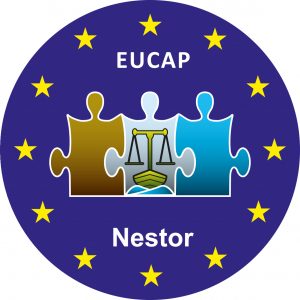 The Mission Headquarters is currently located in Mogadishu. Mr. Reynolds will be responsible for all operations and field offices of the EUCAP Nestor mission between Mogadishu, Puntland and Somaliland, as well as a training base in Djibouti. He has been granted special leave to take up the position – the first time that the Irish Coast Guard has been involved in an overseas mission – and he is expected to return to his post after his secondment, which the Department of Transport says will last between six months and two years “subject to how the mission evolves”. 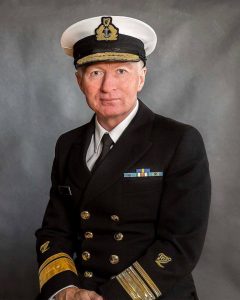 Speaking of his appointment, Mr. Reynolds said: “I believe this is recognition, on an international level, that we in the IRCG, both volunteer and professional, do a good job and that we have gained the respect and trust of all the communities we serve and all the partners we work with.”

After only few days on Somali soil, the mission’s new Head of Operations seems to have a clear plan on how to help Somalia re-gain its resources and grow stronger.

“A States ocean is a national asset which if safe and secure will support a diverse marine economy, with vast potential to tap into a marine market for seafood, tourism, oil and gas, marine renewable energy, and even for new applications for health, medicine and technology”, he said referring to his ideas for the future outcome of his engagement in Somalia.

Asked about “how to get there”, he replied: “Maritime security is the key to good ocean governance which includes the effective control of maritime borders and the prevention of trans-national crime such as piracy, smuggling and trafficking which can de-stabilise entire regions. In the longer term the creation of the conditions needed for Somalian economic growth, investment and job creation depends on ensuring a safe, secure and protected maritime domain consistent with international norms of governance”.

In his new role as Head of Operations, he hopes “to assist the government authorities and agencies in commencing the development of effective and efficient security arrangements and regimes so that Somalia, by managing its own maritime security needs, can prosper and develop ‘blue growth”.

It is a challenging mission in a dangerous and volatile region, but Mr, Reynolds career to date and his previous experience means that he is well equipped to meet that challenge. In 1979 he joined the Irish Naval Service as an Executive Branch (Deck) Officer and during his career he served in all seagoing positions on board various Irish Naval vessels. 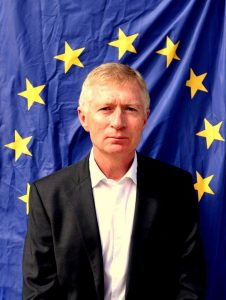 In June 1985, while on board the LE Aisling as Gunnery Officer, he was the ‘On Scene Commander’ for the response to the first terrorist bombing of a Boeing 747, the Air India disaster involving Flight 182, where members of his diving team were decorated for bravery.

In 1996 he was deployed to Lebanon with the United Nations Interim Force (UNFIL), where he was in charge of humanitarian convoys, set in place during Israeli-Hezbollah ‘Grapes of Wrath’ conflict, and was awarded a citation for bravery for his actions at the time of the Qana massacre.

In November 1997, he joined the IRCG as Operations and Training Officer and remained in this post for almost 10 years, until August 1997, when he became Director of the Coast Guard. In his role as Director, he has dealt extensively – and among others – with reducing the loss of life on Ireland’s waters, providing assistance to persons in danger at sea or on the coast, as well as dealing with maritime environmental and shipping security related activities. 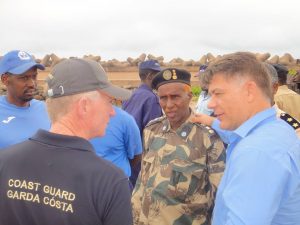 Chris Reynolds in his new role

From August 2011 until August 2012, he was Chairman of the Forum of the Heads of Coast Guards of Europe. As part of his Chairmanship, he was able to deliver a Dublin Declaration at the plenary conference, which set down for the first time, an agreed formula for the purpose and ambition of a future EU Coast Guard model, based on cooperation and interoperability, whilst maintaining Member States individual structures and competencies.

This massive expertise is now at the disposal of his EU and Somali colleagues in what may prove to be a long way ahead. Everyone knows that, particularly the new Head of Operations and he believes that “initial steps must be small and success will be dependent on multiple strands aligning”. We wish him well in his new role, where it seems, he is starting on the right foot.