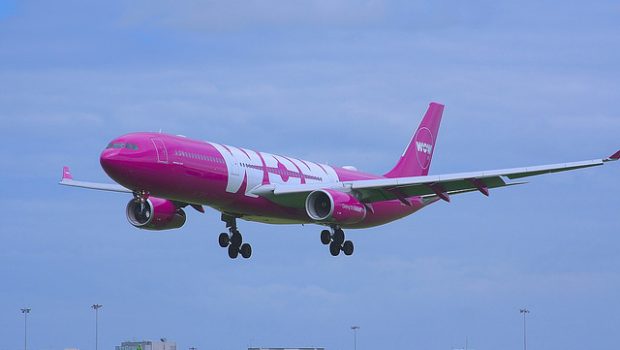 Flying in Ireland has followed closely the fortunes of Icelandic carrier WOW air, since it became the first airline to operate direct scheduled flights between Ireland and Iceland, when it began operating a service to Reykjavik from Dublin, in June 2015. At the 2016 Farnborough International Air show, Airbus Industrie confirmed that WOW air had placed a firm order with them, for four new A321ceo (current engine option) aircraft, the first direct sale to the airline from the aircraft manufacturer. The order represents an investment of $459.6 million (around €415.66 million) at list prices.

WOW air is currently an all Airbus operator, with 11 aircraft in its current fleet. Under the new deal, signed on 12th July, the airline is set to grow the number of Airbus aircraft in service to 17, by the end of next year. Two of the aircraft will be delivered in 2017, with the remainder in 2018. These new aircraft will strengthen the airline’s network of 30 international routes, across Europe and North America. 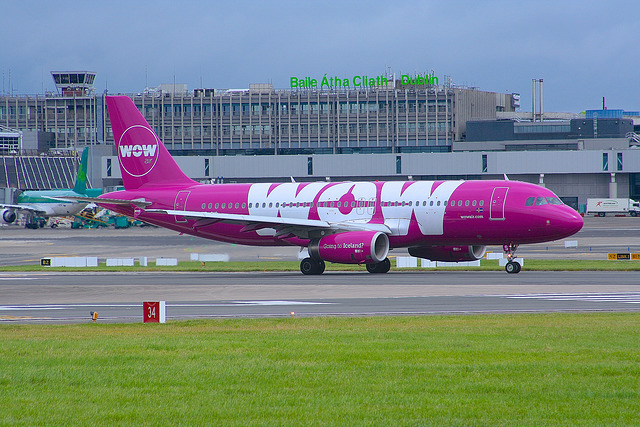 The airline operates transatlantic connections from Dublin to six U.S destinations – Boston, Los Angeles, Montreal, San Francisco, Toronto and Washington D.C via Reykjavik – and will fly Dublin to New York via Reykjavik from 25th November, it was announced recently. These flights will operate five days a week on Monday, Wednesday, Thursday, Friday and Sunday, with fares starting at €129 one way, for Irish passengers.

Skúli Mogensen, founder and CEO of WOW air said; “We are delighted to announce the addition of New York to our fast growing network from Ireland. New York is a popular destination for Irish travellers and it will now be more affordable than ever. Dublin Reykjavik route has been going extremely well and we are confident that this new route will further contribute to the success of WOW air´s Dublin route network.”

In a comment on the new A321 order, he added; “We are thrilled to be adding these brand new A321 aircraft to our fast growing fleet. WOW air is becoming one of the leading low-cost long haul airlines in the world and we look forward to expanding even further through our successful partnership with Airbus.”

John Leahy, Chief Operating Officer, Customers of Airbus said, “We are very pleased to welcome WOW air as a new Airbus customer. The new aircraft will fit seamlessly into the airline’s current all Airbus fleet, thanks to Airbus’ fleet commonality. The A321 will offer WOW air the lowest operational costs and the highest seat comfort and widest cabins for its passengers.’’

WOW air already has a young aircraft fleet, which has an average age of just 2.5 years. It was recently expanded with the addition of three A330-300 aircraft, (TF-GAY and EC-MIN and EC-MIO leased from Air Europa), that have a range of over 6,000 nautical miles and carry 350 passengers, with a larger-than-average seat pitch of up to 35 inches. WOW air also operates two Airbus A320-200 aircraft, registered as TF-BRO and TF-SIS, and six A321 aircraft. Continuing the family theme, these are registered as TF-MOM, TF-DAD, TF-SON, TF-KID, TF-GMA and TF-GPA (due to be delivered during the third quarter of the year). All five have a range of 5.900 kilometres. The latter two aircraft are part of the contract with leading aircraft leasing company, Air Lease Corporation (ALC), based in Los Angeles. The deal announced on 25th May, is for three new Airbus A321-200s, one new Airbus A321-200neo and one new Airbus A320-200neo. The A320-200neo and A321-200neo aircraft are scheduled to deliver in first quarter (Q1) of 2017 and first quarter (Q1) of 2018, respectively.

WOW air opted to expand its number of A321s for their wider cabin, low operating costs and excellent fuel efficiency and will operate the aircraft throughout Europe and North America. 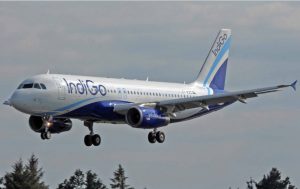 Former WOW Air A320-232, EI-EZG, now in the colours of Indigo landing at Shannon. Malcolm Nason

Finally, in a piece posted on 29th May, we noted that former WOW Air A320-232, LZ-WOW, which was re-registered as EI-EZG on 26th January, was rolled out in Indigo colours and marked as VT-IDU, (but not re-registered), on 23rd May. Following a test flight on 25th May, with Irish reg as EI-EZG taped on, the aircraft departed to Delhi via Istanbul on 3rd June, as EI-EZG.

In a special signing ceremony in Farnborough on 12th July, WOW air announced it has selected CFM International CFM56-5B engines to power the four new Airbus A321ceo in an order valued at $85 million (around €76.86 million) at list prices. This is the airline’s first purchase of CFM engines, although the airline currently operates a fleet of seven CFM56-5B-powered A320 family aircraft.

“We have been very happy with the CFM56-5B engines in our fleet,” said Skúli Mogensen. “The reliability they provide has been a key element in our ability to grow so quickly and so successfully.”

“We are very pleased to take our relationship with WOW air to the next level,” said Jean-Paul Ebanga, president and CEO of CFM International. “It is exciting for us to be part of such a dynamic team.”