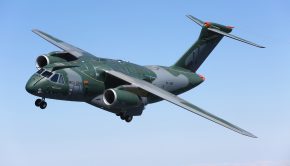 The Embraer KC-390 taking on the heavy weights

The UK Ministry of Defence (MoD) firmed up two orders at the Farnborough air show, which had been widely expected.