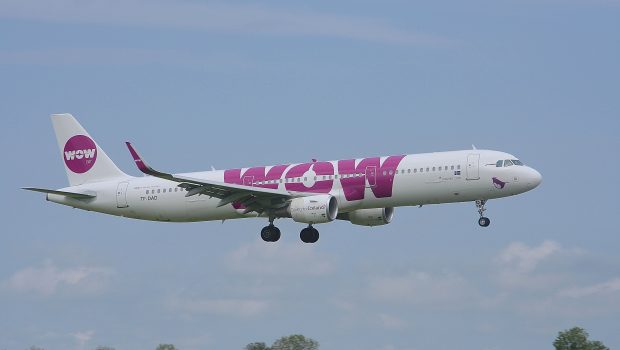 One of the A321s, a -211, TF-GMA (c/n 7127), was delivered to the airline on 16th May, with the remaining two A321-200s being delivered during the third (Q3) and fourth quarter (Q4) of this year. TF-GMA is a new aircraft, having first flown as D-AXVE on 3rd May. It was ferried Hamburg Finkenwerder to Norwich, for painting on 9th May and then positioned Norwich – Keflavik Airport for handover on 16th May. 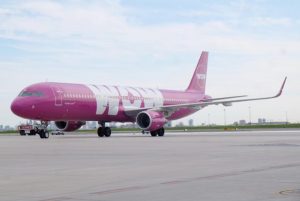 In addition to TF-GMA, WOW Air operates three other A321-211s, TF-KID, TF-MOM and TF-DAD, as well as the two A320-232s, TF-SIS ex LZ-MDC and TF-BRO ex LZ-MDD, leased from C.I.T. Leasing Corporation and it will introduce the first of three wide-body A330-343Xs, later this summer. This aircraft, c/n 1098, was originally delivered to Singapore Airlines as 9V-STJ on 10th March 2010. The aircraft has been in storage since January 2015, as PH-IBC and was delivered Guangzhou (Baiyun International Airport) to London Stansted on 10th May.

“ALC is very pleased to announce these five new A321 and A320 lease placements with our new customer, WOW air. We look forward to a long-term relationship with WOW air as they continue to add new modern Airbus aircraft to modernize their expanding fleet and grow their network,” said Grant Levy, Air Lease Corporation’s Executive Vice President. It is a significant placement for ALC and its team of dedicated and experienced professionals, who are constantly engaged in purchasing commercial aircraft and leasing them to its airline customers worldwide, through customised aircraft leasing and financing solutions. 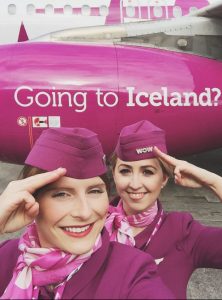 For summer 2016, the airline will serve 29 destinations across Europe and North America including Dublin, London, Frankfurt, Paris, Washington DC, San Francisco, Los Angeles, Montreal, Toronto and Boston. WOW Air commenced its Keflavik-Dublin service on 2nd June 2015 and for Summer the schedule has a five per week frequency, up from three per week in 2015. This year, services operate on the WW852/3 on Mondays, Wednesdays, Thursdays, Fridays and Sundays. The flight departs Keflavik at 06:20 and arrives in Dublin at 09:50. It departs Dublin at 11:20 arriving back in Keflavik at 13:55. The 930 mile (1,497 km) flight is operated with a mix of A320/321s.

WOW air was ranked as the 7th best low-cost airline in Europe at the 2013, 2014 and 2015 Skytrax World Airline Awards and was the youngest airline in the top ten.

Finally, former WOW Air A320-232 LZ-WOW which arrived maintenance at Lufthansa Technik in Shannon on 13th January was re-registered as EI-EZG on 26th January. It entered the Eirtech paint hangar 16th May for repainting in Indigo colours. It was subsequently rolled out in Indigo colours and marked as VT-IDU, (but not re-registered), on 23rd May. It was test flown on 25th May as EI-EZG (Irish reg taped on).