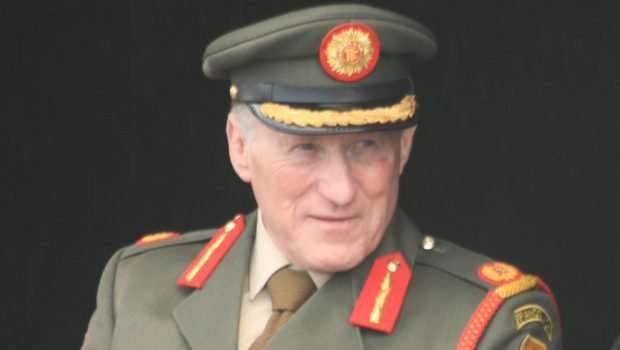 Just days after dispatch of Ireland’s latest continent to the United Nations Interim Force in Lebanon (UNIFIL), the 53rd Infantry Group, drawn primarily from James Stephens Barracks in Kilkenny and commanded by Lieutenant Colonel Stephen Ryan, the United Nations Secretary-General Ban Ki-moon announced on 27th May, the appointment of Major General Michael Beary, as the Head of Mission and Force Commander of UNIFIL. Following the Israeli invasion of Lebanon in 1978, UNIFIL was established to supervise the withdrawal of Israeli Forces and restore peace and security to the area. Since then the Defence Forces had some form of military presence in Lebanon, which is generally rotated every six months.

This is a major honour for the Irish Defence Forces and one which Chief of Staff Vice Admiral Mark Mellett DSM described as “an endorsement of his impressive track record of command, both at home and overseas, and is also a reflection of the substantial contribution being made by the Defence Forces to United Nations Peace Support operations in the region”. 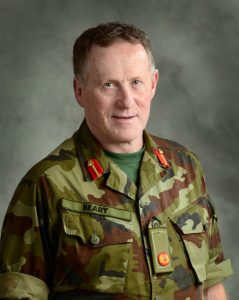 It is also appropriate that the announcement was made on the International Day of UN Peacekeepers, given Ireland’s proud tradition of participation in peacekeeping missions, both civilian and military. As Minister of State with Special Responsibility for Defence, Mr. Paul Kehoe, noted; “since our first deployment of 50 members of the Permanent Defence Force as military observers to Lebanon in 1958, Ireland has participated with honour and distinction in UN peacekeeping operations. The dedication and commitment of our peacekeepers has greatly contributed to the excellent reputation Ireland holds as a major contributor to international peace and security across the globe.” He added that “since our first deployment, Irish Defence Forces personnel have served in peace support missions all over the world in Europe, Africa, the Middle East, the Far East and South America, completing over 64,000 tours of duty with UN missions”. “86 military personnel have lost their lives in the service of peace overseas” he noted.

Ireland last held the position of Force Commander UNIFIL from February 1981 to May 1986, when Lieutenant General William ‘Bull’ O’Callaghan, held the appointment. 47 Irish Defence Forces personnel have lost their lives serving with UNIFIL since 1978, with over 32,000 individual tours of duty completed in that time. The presence of the Irish battalion in South Lebanon undoubtedly helped to restore normality to the area, as evidenced by the increase in population and economic activity in the region. It is also part of Ireland’s commitment to global peace and security.

Major General Beary will command approximately 10,598 uniformed personnel from over 40 countries with a land, maritime and air component, including an the Irish Infantry Group of 186 personnel, which will increase to 360 in November, when the Defence Forces will deploy a Mechanised Infantry Battalion, replacing the existing Infantry Group. 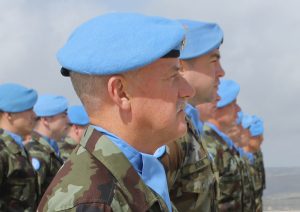 He is well qualified to head this important mission, having had extensive overseas experience, recently serving as the Head of Mission of the EU Training Mission Somalia, from August 2011 to February 2013. He was also seconded to the General Secretariat of the Council of the EU where he served three years in the EU Military Staff Division and served on three previous deployments to South Lebanon with UNIFIL, including appointments as Company Commander and Staff Officer in Operations Branch, UNIFIL HQ. He has also served as part of the United Nations Iraq-Kuwait Observation Mission (UNIKOM) and in Bosnia & Herzegovina with United Nations Protection Force (UNPROFOR). In 2003, he completed a four-month tour of duty in HQ ISAF in Afghanistan.

He held a wide range of senior appointments at home most recently as General Officer Commanding 2 Brigade, Director of Defence Forces Training and Senior Instructor of the Command & Staff School.

Major General Beary received his early education at Patrician College, Ballyfin County Laois and completed a B.Sc Degree in University College Galway. He is also a graduate of the Smurfit Business School, University College Dublin and holds a Master of Business Studies in Organisational Studies. He is a graduate of the Irish Defence Forces Command and Staff School and the National War College, Defence University, Washington D.C. from which he obtained a Master of Science degree in National Security Studies.