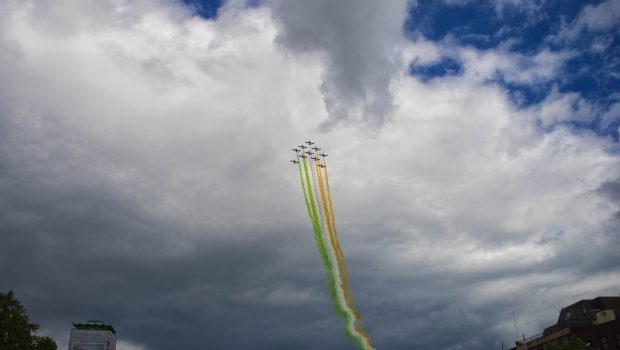 The annual Bray Airshow weekend kicked off in style this afternoon with the arrival of the Italian Air Force display team, the ‘Frecce Tricolori’. The Frecce arrived by flying along the Liffey with smoke-on to the delight of many thousands in Dublin City centre. They then proceeded to Baldonnel for a flypast before landing in a single line formation shortly after 3.30pm. The Frecce are expected to perform a practice display over Bray on Saturday afternoon with their full display scheduled to close the show on Sunday. 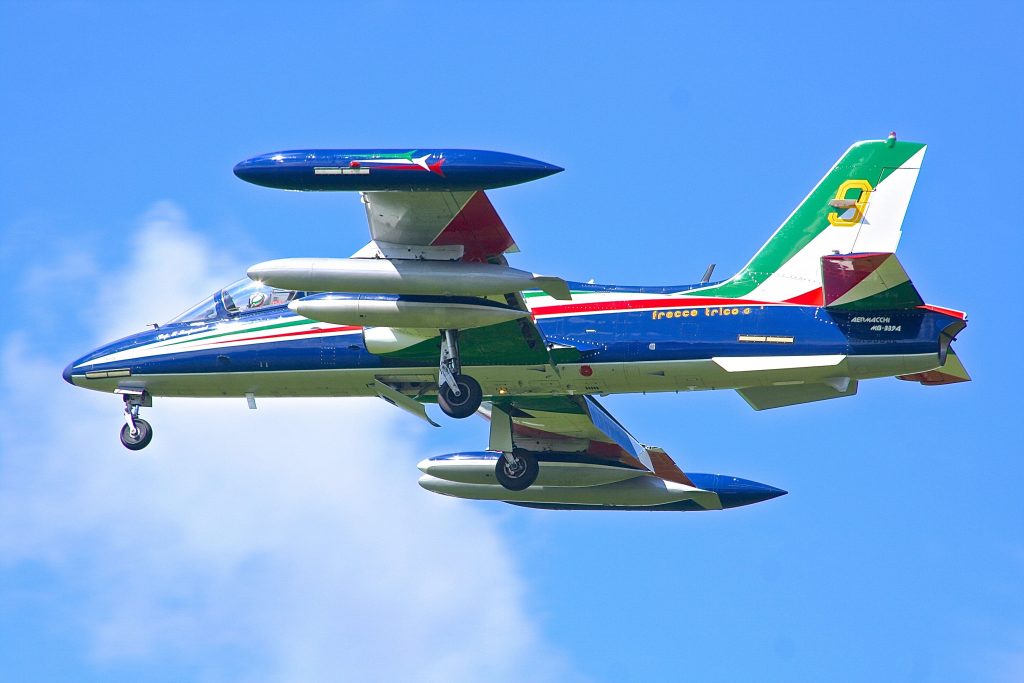 ‘Frecce 9’ on short finals to Baldonnel 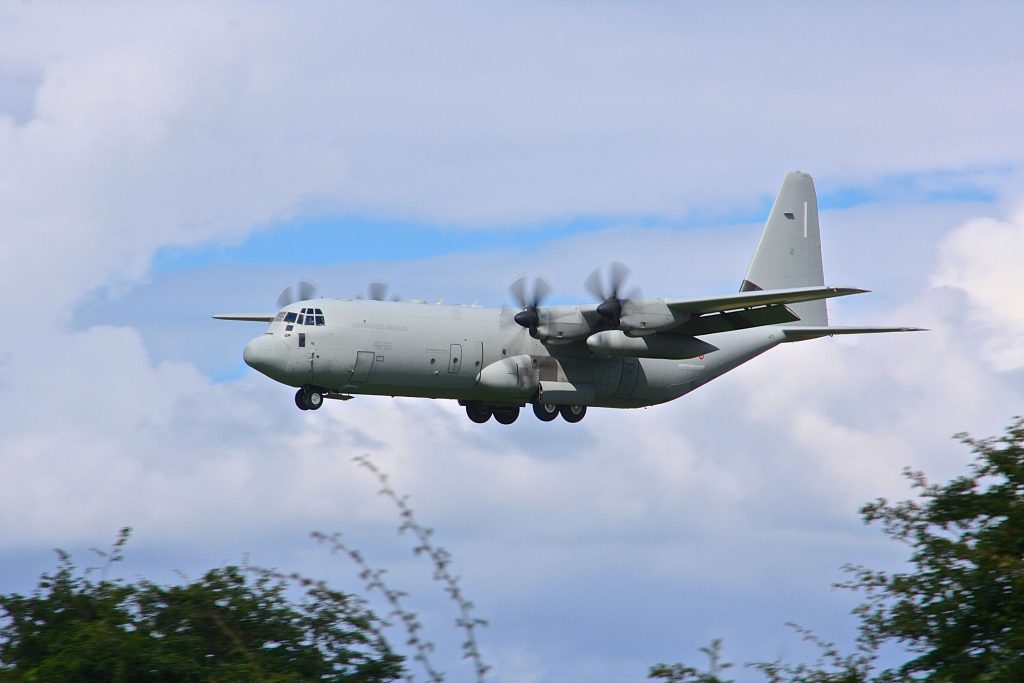 Shortly after the arrival of the display team, the support aircraft in the shape of Lockheed C-130J Hercules MM62189 (46-55) arrived into Baldonnel for a short visit. 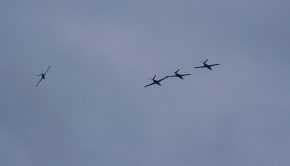