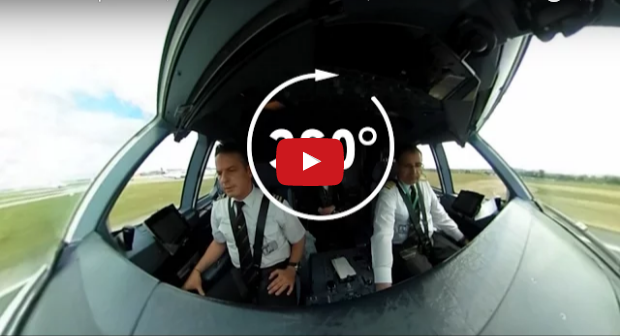 Takeoff in Dublin and land in San Francisco – in amazing 360° video.