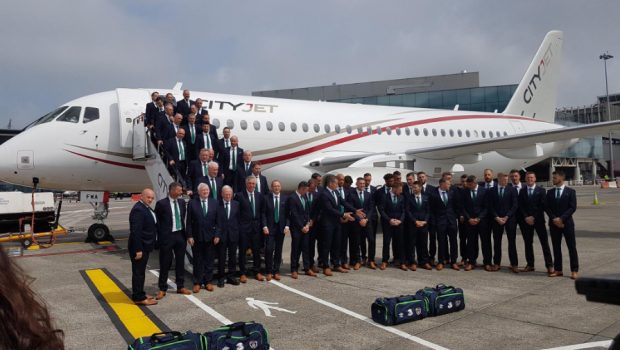 CityJet’s first Sukhoi Superjet 100-95, EI-FWA, departed Dublin as the BCY380, on the afternoon of 8th June at 1513, on a special charter to Paris Le Bourget, with the Irish team, ahead of the upcoming Euro 2016 football championship in France. As the Official Airline Partner of the Football Association of Ireland, CityJet had the honour of carrying Ireland’s manager, Martin O’ Neill, assistant manager, Roy Keane, 23 squad members and back up team to the championships.

Commenting prior to the departure of the special charter flight, CityJet Executive Chairman, Pat Byrne, said; “Everyone at CityJet was absolutely thrilled with the prospect of flying our boys in green to France for Euro16. It has been a privilege to carry the hopes of the nation to Paris and fingers crossed it will be some time before we make the return journey with the team. They have everyone’s best wishes in the championships.”

Mr Byrne added: “We were delighted to have the opportunity to come on board as official airline to the FAI in March and we look forward to working with the FAI as their ongoing partner following Euro16. CityJet is a pan-European airline with services across the continent, ranging from the Nordic regions down to Italy and a major operation in France, so it is wonderful working with the FAI at a time when the world of football focuses on Europe.” 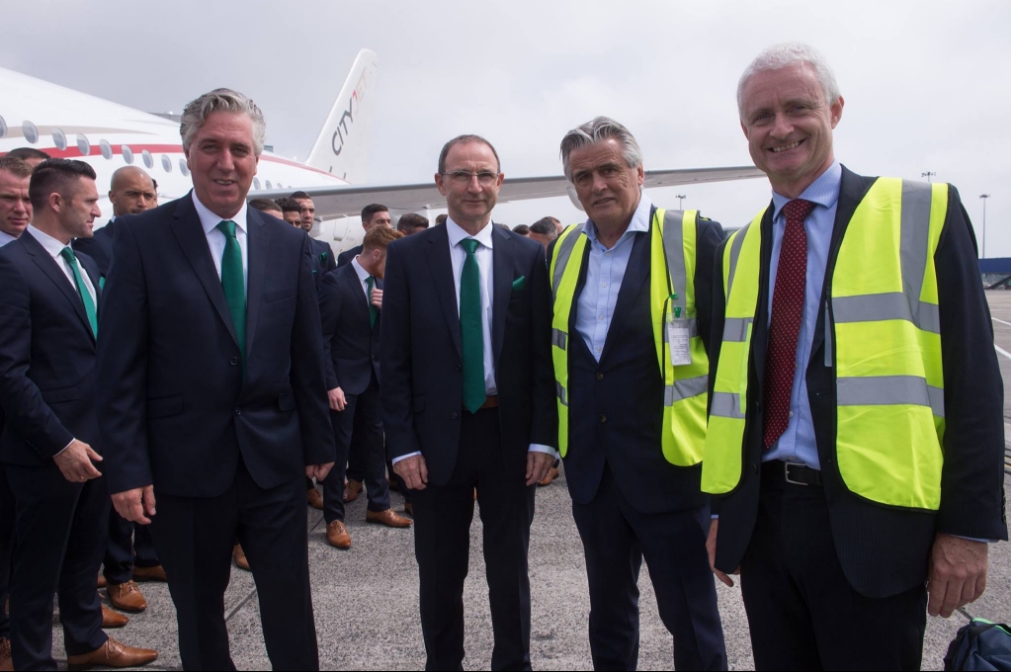 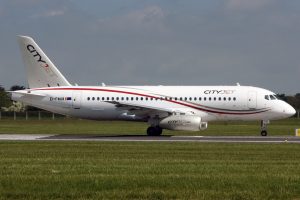 The team and officials are amongst the first to experience the comfort and style of CityJet’s latest recruit, the Superjet SSJ100, something that the company is betting on to be a winner for them. EI-FWA is the first of the type of three, that the airline expects to welcome to its fleet this year and this was its first scheduled flight in CityJet colours. The aircraft only the joined the CityJet team in Dublin last Thursday, having been delivered from Venice. Since then, and like the Irish team, it has been undergoing extensive training. Ahead is hopefully, a long and successful career with the airline. For the Irish team, they begin their Euro 2016 odyssey against Sweden on Monday at the Stade de France. 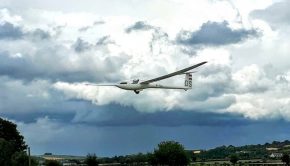