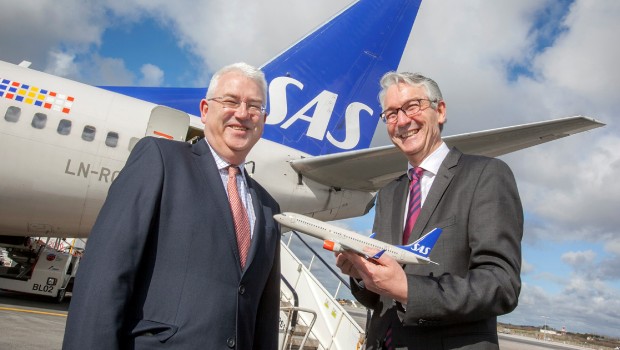 On 1st April 2016, SAS – Scandinavian Airlines, celebrated 50 years of services to Dublin Airport with the arrival of Airbus A320-232, OY-KAL operating the SAS537, from Copenhagen. SAS started services in 1966 on the route. with a Carvelle aircraft operating initially at a twice weekly frequency, (Fridays and Wednesdays), increasing to three times weekly. The inaugural service was flown by SE-210 Caravelle III, SE-DAC, named ‘Arne Viking’.

Coincidently, 1st April 1966 was also a Friday, although by all accounts it was a miserable day, when the Carvelle landed, just after 14:15. The winds and driving sleet and use of runway 06, coupled with the fact early Series III Caravelles did not have reverse thrust, necessitated the use of a brake parachute, which must have been an interesting sight. The weather was little better for the return journey. At that stage the route was operated from Copenhagen via Manchester, and typical of the arrangements of the time, the Manchester-Copenhagen sector was operated on a pooled basis involving SAS, British European airways (BEA) and Aer Lingus, with each carrier operating at a twice weekly frequency throughout 1966/7. It was not until over 20 years later, that the first SAS direct Copenhagen-Dublin service was flown, and by that stage SAS was a well-established operator of the Douglas DC-9. The first direct service was operated by DC-9-21 SE-DBR on 4th June 1986.

SAS had begun operating the DC-9-41 on the route in the summer of 1972, with OY-KGI, operating the first flight on 6th August 1972, routing via Manchester. Caravelles continued to operate most of the services during the latter part of 1972, with the last scheduled Caravelle service being flown by OY-KRA, on 10th January 1973. Unfortunately, this aircraft was damaged beyond repair after being hit by a service truck at Stockholm-Arlanda Airport just over a year later, on 25th January 1974. Fortunately, there were no casualties. SE-DAC, however, was not so lucky. She was lost on 30th June 1967, some 15 months after her initial visit to Dublin. She had been leased to Thai Airways International, as HS-TGI, and crashed while was making an ILS approach to runway 31 at Hong Kong, during a heavy rainstorm. 24 passengers drowned and three passengers and two crew were seriously injured. 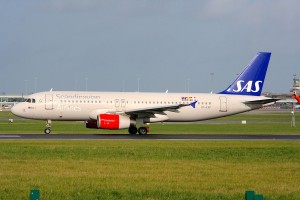 Today, SAS operates 24 flights per week to three destinations, Copenhagen, Oslo and Stockholm, using a mix of Airbus and Boeing aircraft. Since it first started its services to Dublin, the airline has carried over 4.5 million passengers on the three routes. On 1st April 2016 in addition to the Copenhagen service, SAS also operated LN-RGA, a Boeing 737-86N (WL) on the SAS535/6 (Stockholm Arlanda Airport) and SE-RJX, a Boeing 737-76N (WL) on the SAS4603/4 (Oslo).

“SAS has carried the equivalent of the entire population of Ireland on its route network from Dublin Airport during the past 50 years. We remain committed to serving the Irish market in the coming decades and we will continue to develop our services here and grow passenger numbers into the future,” he added.

“We’re very proud of our half century partnership with SAS who are Dublin Airport’s longest serving foreign carrier and we’d like to congratulate them on reaching this major milestone,” Dublin Airport Managing Director Vincent Harrison said in a comment.

“This is a fantastic success story at Dublin Airport and I want to thank SAS for its continued commitment to the Irish market over those five decades. SAS has expanded its business over the years by adding new routes and growing capacity, which has further strengthened the connection between Irish and Scandinavian people,” he added.

SAS is expanding its fleet 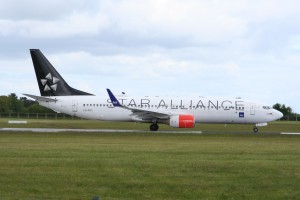 SAS entered into the agreement with CityJet last October, which will see the Dublin based airline acquire eight new Bombardier CRJ900s, to supplement the 12 CRJ200s SAS already operates, through its subsidiary, Cimber. This includes EC-JZV, leased from Air Nostrum. The Air Nostrum aircraft was taken into SAS fleet in mid-November, when SAS needed extra capacity to launch routes to Tallinn after Estonian Air’s bankruptcy. It also covered for a period of pilot shortages, like a CRJ900 and the aircraft is being retained over the summer to cover for OY-KFC, which was damaged during an engine test at Copenhagen Airport in early February.

The wet lease agreement with CityJet is for three years and covers the eight CRJ900s initially, with an option on a further six aircraft, bringing the total aircraft value to over $650 million (around €570 million). 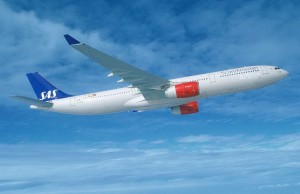 SAS is expanding its routes while cutting its losses

SAS is planning to keep its fleet of eight remaining A340-300s in service for a while longer, according to chief executive Rickard Gustafson. Low oil prices mean that the type is a more attractive option, compared to acquiring newer more fuel efficient, but overall more costly, aircraft, such as the A330-300 and A350-900. It had planned to replace its A340s with newer A330-300s and eventually A350-900s, as their leases began to run out. It currently uses its A340s on long-haul flights from its Copenhagen Kastrup hub to Beijing Capital, Chicago O’Hare, Newark, San Francisco, CA, Shanghai Pudong, Tokyo Narita, and Washington Dulles. They are also used on flights from Stockholm Arlanda to Los Angeles Int’l and Newark, as well as from Bergen to Tokyo Narita. It recently launched a major North American long-haul expansion, including a daily Copenhagen-Boston route, served by a 92-seat Boeing 737-800. It will open a Copenhagen-Miami route from September, bringing its North American services to 11.

Meanwhile, SAS has posted a first-quarter FY2015/2016 (November 2015 – January 2016) net loss of SEK246 million (around €26.46 million), narrowed from a SEK640 million (around €68.85 million) net loss a year ago. The first quarter is the seasonally weakest quarter of the fiscal year and, this year, income before tax amounted to SEK309 million (around €33.24 million). However, this represents a year-on-year improvement of SEK527 million (around €56.7 million). The improvement was driven by what the airline describes as it’s “commercial success, significantly lower jet-fuel costs and the effects of cost measures”. 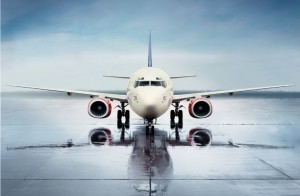 customers for their loyalty. In a statement it notes that “many travellers appreciate the advantages offered by SAS, which resulted in a year-on-year increase in EuroBonus members of 14%, while income from members accounted for more than 50% of our total passenger revenue”. Competition intensified in 2016 with increased capacity growth in the market. Accordingly, SAS are working intensively on adapting operations to market conditions and enhancing efficiency. The outsourcing of ground handling services at the line stations in Norway comprises a key element in increasing its cost flexibility and this has now been completed according to plan. The outlook for the 2015/2016 fiscal year therefore, remains firm, as demand has been positive in Scandinavia during 2015, and in the beginning of 2016. Overall, market capacity has increased about 7% during the winter period, with the strongest growth primarily on international routes. The capacity growth is expected to slow down slightly during the summer season. Demand for European leisure routes, long haul traffic and, when adjusted for the Easter holiday and industrial actions during March last year. Domestic routes continue to grow. More recently, SAS carried 2.3 million scheduled passengers in March, down 6.1% while load factor decreased 2% to 71.4%.