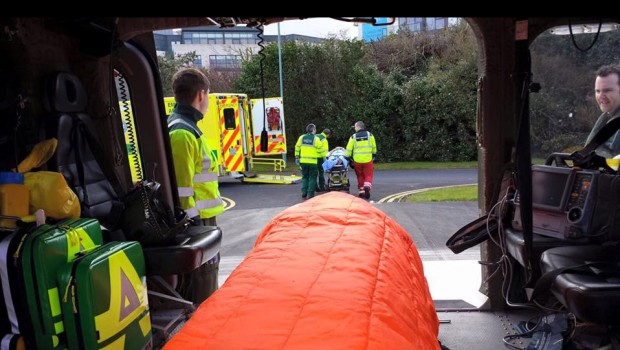 On 21st March, Northern Ireland’s Health Minister, Simon Hamilton MLA, (Democratic Unionist Party (DUP) member for Strangford), announced what he described, as a “way forward for Northern Ireland’s Air Ambulance,” moving a dedicated Helicopter Emergency Medical Service (HEMS) and a major trauma network, a step closer to implementation in Northern Ireland. This followed the launch of a public consultation on the development of a HEMS by the Minister on 23rd November 2015. 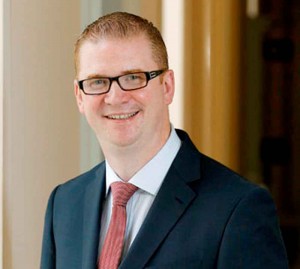 Announcing the public consultation the Minister said: “I want to hear the public’s views about the key HEMS issues before making my final decision about how this important service should operate. I would therefore urge everyone with an interest in HEMS to respond with their views. “As Health Minister I have had the opportunity to hear at first hand from clinicians, members of the public and their representatives who have given the campaign for a HEMS support and momentum to bring it to the current stage. In June of this year I also had the privilege of meeting the late Dr John Hinds, who worked passionately for the enhancement of our major trauma services and the introduction of a HEMS so that more lives can be saved. The fact that over 80,000 people recently signed a petition backing the campaign is a testament to the efforts of all involved, and to the strength of support for making their vision a reality”.

“I share their belief that a HEMS will help to save lives. In particular, it will enhance the excellent services that our trauma clinicians, nurses, paramedics and support staff currently provide,” he added.

The consultation invited discussion from the public and key stakeholders on:

The Minister added: “I am of the view that HEMS is a necessary service development which will help to strengthen our emergency services. I am also pleased with the first steps being taken by Health and Social Care organisations to establish the Northern Ireland Trauma Network over the next 12 months. This is key in strengthening our trauma and medical emergency response services to be followed by the introduction of the HEMS.”

An earlier study by consultants, Deloitte, in 2011, entitled a ‘Feasibility Study on the Provision of a Helicopter Emergency Medical Service / Air Ambulance for Northern Ireland’, although recognising that the UK’s Maritime and Coastguard Agency (MCA) – which co-ordinates SAR responses in Northern Ireland – had tasked aircraft assets to respond to Air Ambulance including RAF, Irish Air Corps, Royal Navy and, occasionally, PSNI helicopters, did not recommend the continuation of any of these service providers as an option, nor did it consider an all-Ireland model. 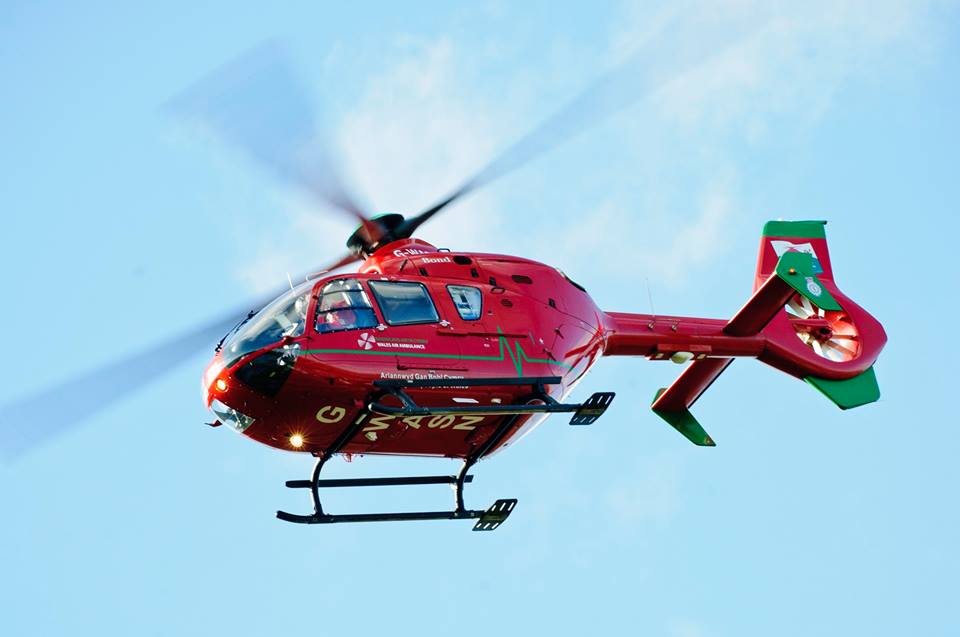 An earlier study commissioned by the Department of Health, Social Services and Public Safety (DHSSPS) and the Republic’s Department of Health and Children in 2003, examined the feasibility of an all-Ireland HEMS. It concluded “that the economic and financial case for HEMS in Ireland was equivocal, particularly in a primary response role, but that there might be potential for a service providing rapid inter-hospital transfer of critically ill or severely injured patients escorted by appropriately skilled and trained medical professionals”.

Given the privatisation preference in the UK, it is perhaps not surprising the Deloitte report came down in favour of the current model of HEMS provision used in England and Wales, which serve populations of a similar size to Northern Ireland or geographic areas of a similar size, a model (other than in Scotland), that is almost entirely funded through charitable donations.

However, it concluded that in the context of this programme of strategic changes to the provision of health and social care, and the challenging financial context in Northern Ireland that investment in a HEMS, “should not be progressed and the position reviewed in 3 to 5 years’ time”.

Public demand for a HEMS led to a petition

A petition, backing a HEMS, with 16,000 signatures and 65,000 online indications of support, (a total of 81,000), was presented to the Northern Ireland Assembly on 8th September 2015, in accordance with Standing Order 22, by Mr Jim Allister MLA (Traditional Unionist Voice [TUV] political party), an Assembly member for North Antrim. It followed the tragic death of Dr John Hinds, consultant anaesthetist and intensivist at Craigavon Area Hospital in County Armagh, who was an avid campaigner for an Air Ambulance Service and widely known and respected throughout the road-racing fraternity for his love of the sport and his dedication to high-speed motorcycle trauma medicine. Known as the ‘flying doctor’, Dr Hinds had a well-established partnership with his colleague Dr Fred MacSorley that saved the lives of many motorcycle riders. The two followed the riders on the warm-up and opening lap of each race or practice session, to enable them to be on scene rapidly in the event of a serious incident occurring. Tragically he lost his own life while providing medical cover at a Skerries 100 practice session in Co Dublin on 3rd July 2015. He is survived by his spouse, Dr Janet Acheson. 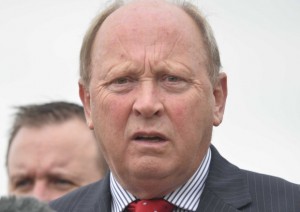 Speaking in the Assembly, Jim Allister noted it was Dr John’s “vision and passion for the need to deliver a proper air ambulance service to Northern Ireland that started this campaign, invigorated it and which inspires those who have taken the trouble of gathering the petition to ensure that his legacy is secured in the provision of that for which he long campaigned”.

“You could not meet Dr John without yourself being enthused with his passion and his tremendous knowledge on this subject. I know that, when I took him to see the Minister back in June, the Minister was well impressed with the infectious enthusiasm that he had for the subject” he added.

He went on; “It is, I know, the lasting ambition of his family and loved ones that the cause that was so dear to his heart and which he espoused so strongly might reach fruition with the full provision of an air ambulance service”.

In conclusion, Mr. Allister urged the Northern Ireland Health Department to show “its bona fides” by capital funding the acquisition and equipping of the helicopter. “That would show an example to charitable organisations, which are more than willing to help in the continual running of the service”, he added.

The Minister, made his 21st March ‘Way Forward’ announcement, during a visit to Craigavon Area Hospital, giving the key findings of the HEMS consultation, including the management and funding models, home base location, target patient groups and collaboration with other services. In attendance was Dr Acheson and speaking of her partner, the Minister said: “John Hinds and I shared the same vision of a world class pre-hospital emergency service and it is fitting that today we are here in his hospital base on what would have been his birthday, with his partner, Dr Janet Acheson, his family and many of his work colleagues announce that we are making his dream a reality”.

He went on “We will now develop a service specification for a daylight hours Helicopter Emergency Medical Service, which is physician led but also supported by paramedics. It will provide a primary response role initially for major trauma incidents and develop into a secondary response role helping, for example, heart attack and stroke patients, at an appropriate time in the future. This will be implemented by the Northern Ireland Ambulance Service as the Trust with lead responsibility for delivering the service, who will work closely with the five other Health and Social Care Trusts”.

“We will shortly begin the process of procurement and recruitment and sorting out staff rotas, and begin investing in enabling capital works on the helipad at the Major Trauma Centre at the Royal Victoria Hospital”.

“The Major Trauma Network and the HEMS will operate in a joined-up way. For this reason, Belfast International Airport offers the greatest potential benefit as the main base for the HEMS, both practically in terms of existing infrastructure, and geographically in terms of its proximity to the greatest number of potential HEMS missions, the Major Trauma Centre, the Northern Ireland Blood Transfusion Service, and a pool of physicians and paramedics from across the region who will staff HEMS rotas.” 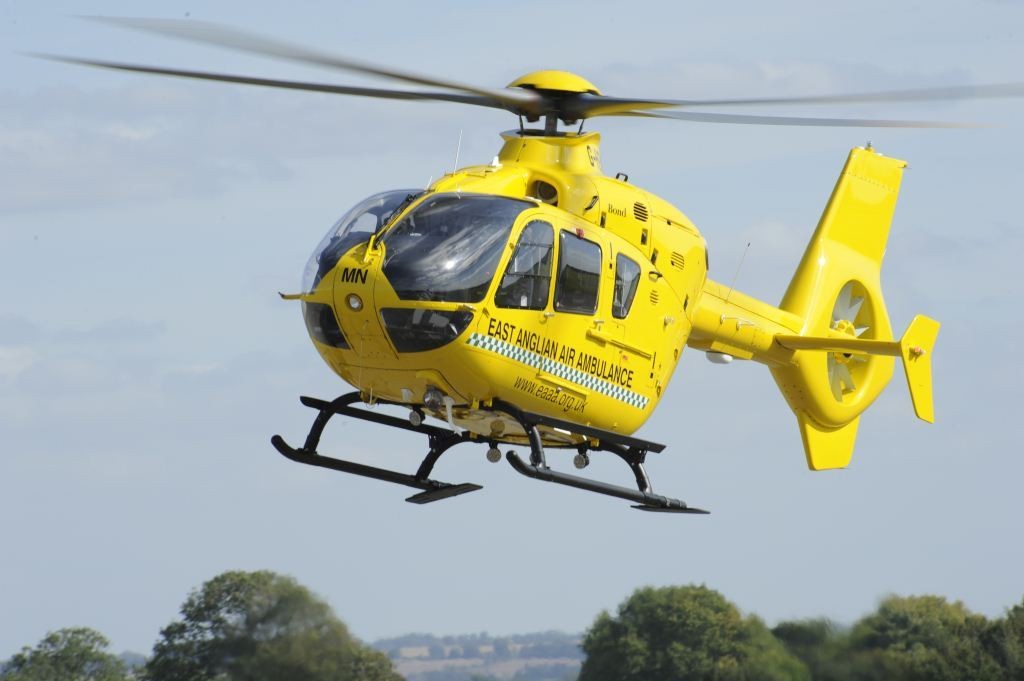 Highlighting the future funding model for the continuation of the service the Minister concluded saying: “Whilst the Department of Health will be responsible for providing sufficient funds to ensure the continuity of the service in the long term, I am keen to explore the possibility of supporting the service through charitable funds. Through our consultation the registered charity Air Ambulance Northern Ireland has come forward with proposals of how they would build a robust funding base in the local community. Indeed, best practice from other UK HEMS services indicates that this model can be highly successful in attracting funds to support the non-medical costs, and I think we can aspire towards this and I applaud the Trustees for their efforts to secure the £4.5 million (around €5.7 million) funds from the Chancellor”. In his Financial Statement on 16th March Chancellor of the Exchequer, George Osborne, announced that he would make available the £4.5million funding over three years, from LIBOR fines to help establish the first air ambulance service for Northern Ireland. 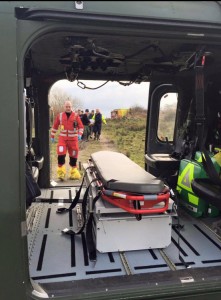 Minister Hamilton concluded “I am pleased to confirm recurrent funding of £250,000 (around €316,480) for the Major Trauma Network and a further £250,000 from my Transformation Fund in 2016/17 to facilitate the necessary planning, preparation, recruitment and training to get us to a state of readiness for the HEMS to be put into operation. The Trauma Network board have also met and begun preparatory work including recruitment of trauma clinical leads that should be in position by August 2016.”

Welcoming the Minister’s announcement Dr Janet Acheson said: “This is a day of mixed emotions for all of the Hinds and Acheson families. Today as a family we should have been celebrating John’s 36th birthday”.

“Last year, for his birthday John’s mum Josephine gave him a model London HEMS helicopter because he had a dream of a world-leading, trauma network with a doctor led HEMS at its core. That is now a huge step closer to reality”.

“This is the start – this is where the work begins. Hopefully it will not take too long to literally ‘lift off’, but it is better to get it right than rush into a second class service. It takes time to build the right team and the right structure. John believed in high performance. We are honoured to be a part of this announcement today, thank you.”