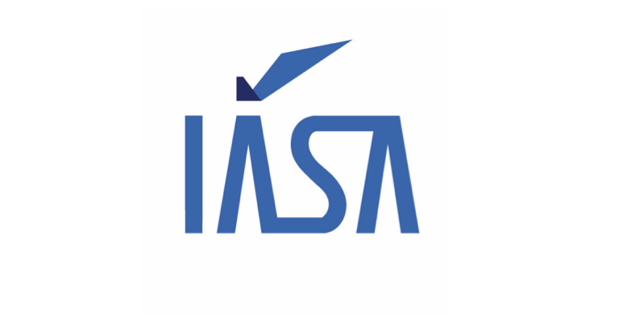 “Everything begins with an idea.”

It was once said, “The best way to predict the future is to create it”, and it was with this in mind, the Irish Aviation Students Association was established. IASA’s main objective from the outset was to build on Ireland’s global success in international aviation and aid its continuation by acting as a platform for students to engage with the industry.

It was the end of January 2015, after listening to an inspirational lecture, when IASA Co-Founder and Chairperson Alexandra Slabutu had finally decided that what she had been envisioning for the last couple of months was worth pursuing. After all what was the worst that could happen? Despite the potential for failure, she decided to take the risk and give it her best shot, rather than living with the regret of not doing so.

Within a day, Alexandra had established all the basic details on how this idea should be run. She decided to present it to two friends who were aware that she had been considering the idea. However, this time it was certain and was no more an idea, it was a well-developed plan of action. Once they agreed and discussed the different aspects of it, the trio started working towards achieving it. It was then that she decided to host the inaugural IASA Aviation Symposium.

The first four months of 2015 consisted of planning, research, meetings, emails and pitches to various aviation professionals and students from other universities to join our endeavour. Step by step our vision was getting noticed. It was the end of May, when we first sat with our two lead-sponsors and we took our initiative to the next level. The Irish Aviation Students Association developed from this smaller idea which essentially grew into what it is today.

The 21st of October 2015 was a momentous day for IASA and truly helped to cement the Symposium as an event to be continued annually. A broad cohort of students from the length and breadth of the country gathered at the Radisson Blu Royal Hotel, Dublin 8. The atmosphere on the day was one of opportunity and widespread positivity, accompanied by the willingness to continue Ireland’s global aviation success. It was a key turning point that facilitated the industry to come into contact with the student. The venue welcomed a surplus of 220 attendees, a mixture of which; presented talks, exhibited and attended as delegates on the day.

The exhibition hall was one of the day’s key focal points, with students keen to learn more on what the aviation sector has to offer. The event area, under a glow of IASA blue, staged top industry experts such as Ralph James, Fergus Wilson, Fiona Taaffe, Dick Forsberg and Julian Balaam. Additionally, there were three panel debates from areas such as Engineering and Maintenance, Piloting and Aircraft Finance. Selections of topical issues were discussed and debated with the view that the next generation would be made aware as to what’s in store when beginning their own careers. Social media links were maintained throughout the day with the event hashtag #IASAAviationSymposium trending locally. The audience were encouraged to post with the said hashtag to be in with a chance of winning one of three sponsored prizes.

It is without doubt that the role that our sponsors played made the Symposium possible and so thanks must be extended to all of our sponsors; CIT Aerospace, AWAS, Acumen Aviation, Santos Dumont, CAE Parc Aviation, ISTAT Foundation, Engine Lease Finance Corporation and Lufthansa Technik.. The Irish Aviation Students Association are privileged to have launched so successfully and to be central to such a well-received and valued inaugural event as we continue to inspire and empower the Next Generation of Aviation Professionals within Ireland.

“AWAS, a leading global lessor of commercial aircraft for over 30 years, is very proud to sponsor IASA…supporting its commitment to provide opportunities for promising Irish college students to enter the growing aviation industry. AWAS has been proud to call Dublin our home since 2006, and we truly understand and value of Irish Aviation talent as a critical resource for our business, which serves over 100 airline customers across the globe. Ireland has become a worldwide centre of excellence for the Aviation Leasing industry with over 40 years of expertise and accomplishment. Today more than $120bn of aviation assets managed are from Ireland…50% of the current global fleet of aircraft. We firmly believe in the future of Irish aviation, and believe IASA will be a key resource in helping provide our industry with a consistent flow of high quality talent.”

IASA has decided to host further events that will take place in the very near future. We are keen to run our first “CV Preparation and Interview Skills” workshop at the IAA headquarters on Tuesday, March 15th at 3:00pm to 5:30pm. This interactive event will be led by 5 Human Resource and Talent Acquisition specialists from some of Irelands leading aviation companies. This is the perfect opportunity for third-level students to fine-tune their CVs and sharpen their all-important Interview Skills in time for any work placement or internship positions before summer 2016. Our HR guests are coming from the following companies:

IASA will also be attending Pilot Career Live 2016 and you can avail of free tickets by signing up to our newsletter. We will exhibit at the event so certainly be sure to come up and say hello!

Finally, IASA will be hosting our second annual Symposium on 21st October 2016 in the Crowne Plaza Northwood Hotel, Santry. Preparation is still underway so be sure to keep up to date with our website at www.iasa.aero to stay informed.

An exciting path can be foreseen lying ahead for IASA as more minds join and believe in our vision. It does take a certain level of courage to turn a dream or idea into reality, though the amazing thing about initiating it is that you find out that others share the same vision and willing to help which develops into more extraordinary opportunities. Taking a leap of faith is necessary to succeed both in personal and professional life. I am looking forward to what tomorrow might bring for IASA. 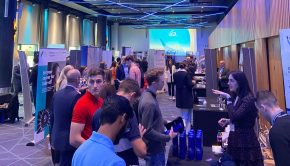 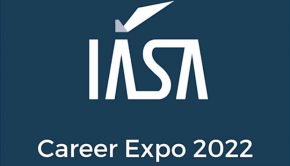 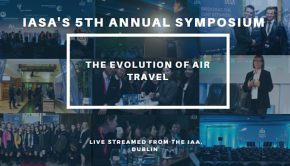