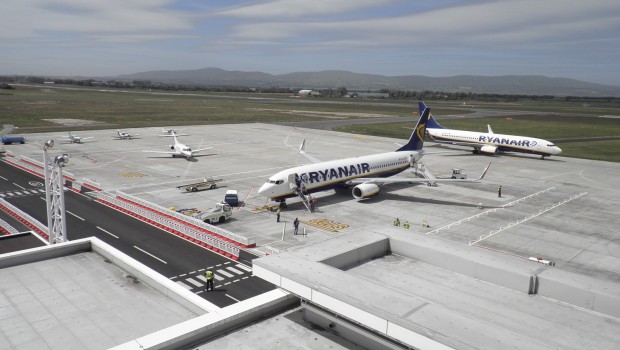 In a statement on 26th November, City of Derry Airport, (CoDA), welcomed the announcement that its application to the Department for Transport, under the Regional Air Connectivity Fund, to support a new service from Derry to Dublin, had been successful. The announcement was contained within the Spending Review and Autumn Statement, presented by the UK’s Chancellor of the Exchequer, George Osborne MP, to the Westminister Parliament on 25th November. Readers will recall that the Regional Air Connectivity Fund was announced by him as Chancellor of the Exchequer in the 2014 Budget Statement. The fund is designed to support the creation of new routes from small UK Regional Airports, with annual passenger numbers of less than 3 million. We previously outlined the background to this fund, in a piece posted on 8th November (see here).

Unfortunately, the Chancellor’s comments in the Spending Review and Autumn Statement, were less than comprehensive. In the course of this major statement, he devoted just one paragraph to the Regional Air Connectivity Fund, noting: “The government is also providing £7 million (around €9.93 million) through the Regional Air Connectivity Fund to support new air routes promoting domestic and international connectivity and stimulating jobs and growth, including from Belfast to Carlisle and from Derry to Dublin”. The Scottish Office also confirmed that the Fund will support new air routes from Dundee to Amsterdam and Edinburgh to Oxford.

When the Regional Air Connectivity Fund was launched in June 2013, it was stated that £56 million (around €76.4 million) was available to cover three years of start-up aid, so in that context the £7 million is almost insignificant, particularly in the context of the Spending Review and Autumn Statement, which sets out the government’s priorities and spending of £4 trillion (around €5.7 trillion) on these priorities, over the next 4 years. According to the latest clarification from UK Aviation Minister Robert Goodwill, the government doubled the size of the fund to £20 million (around €28.38 million) per year, in the 2014 Budget. 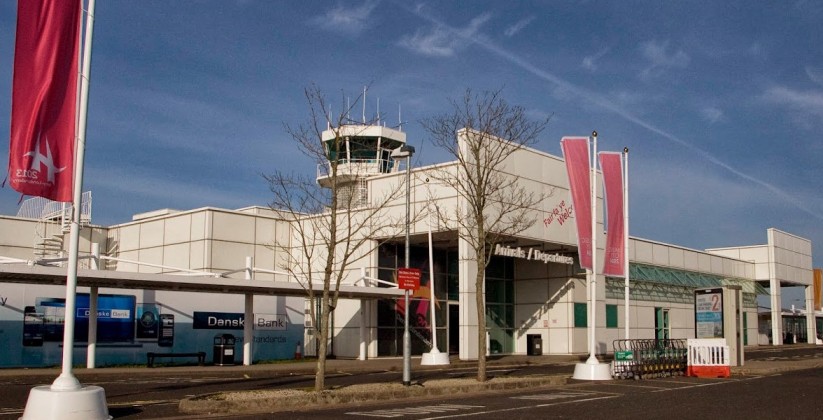 Commenting on the success of its application for a double daily service to Dublin, Clive Coleman, Contracts Director for Regional & City Airports at CoDA said: “this is very welcome news for the airport. CoDA views this scheme as a significant opportunity to secure new airline capacity on a strategically important route from our airport. We are delighted that our application has been successful for a double daily service to Dublin. The benefits of this new Dublin service, through enhanced inter-regional and international connectivity, to the local economy and travelling public are significant. Furthermore, they are aligned with the UK Government’s objectives of encouraging the growth of regional airports by making better use of their infrastructure, reducing the need for long-distance travel to and from airports, providing air passengers with greater choice and finally attracting new or more frequent international connections to attract new business activity to support the growth of a more balanced regional economy”.

He went on “this is fantastic news for the entire North West Region as this new double daily service to Dublin will allow CoDA to develop as part of a hub, providing economic and social opportunities for the North West, with improved accessibility to markets, increased investment and consequent employment growth for the North West”. He concluded “The aircraft will be served by a CoDA based aircraft that will also offer a twice weekly service to the Isle of Man. The new, service is expected to commence in April 2016”.

The Derry – Dublin route will be operated by Citywing, (a trading name of Citywing Aviation Services Limited), the Isle of Man-based company that sells seats on flights operated under charter from Van Air Europe based in Brno, in the Czech Republic. We have previously noted that it is in fact, not an airline in its own right. Its decision to operate the additional route to the Isle of Man from Derry is interesting, as it is not covered by the Regional Air Connectivity Fund. Van Air Europe, has a fleet of five Let L-410 19 seat Turbolet commuter transport aircraft, and two them, OK-ASA and OK-LAZ, are currently dedicated to the existing Citywing services. Obviously another aircraft would be needed for the Derry services.

Citywing, formerly Manx2 was rebranded on 1st January 2013. As Manx2, it was involved in an accident at Cork Airport on 10th February 2011, when a Fairchild SA 227-BC Metro III aircraft it was operating, crashed on its third attempt to land at Cork Airport, which was experiencing dense fog at the time. Six people, including both pilots, died while the remaining six passengers on board survived, with four receiving serious injuries. At the time of the accident concerns were raised about its status as a ‘virtual’ airline.

One of the routes shortlisted was Belfast to Durham Tees Valley. It was due to be operated by Links Air, founded in 2009 and which operated two Jetstream 31s, G-JIBO and G-LNKS. On the 16th October, the UK Civil Aviation Authority (CAA) unexpectedly suspended Links Air’s Safety Certificate (AOC), amid concerns about the airline’s safety protocols. Citywing is currently operating for Links Air on the Cardiff to Anglesey/RAF Valley Public Service Obligations (PSO) route, although their website notes that they are currently operated by Van Air! There was no mention of this route in the Chancellor’s statement, so presumably it is in abeyance, at least until the airline, can resolve the issues relating to the suspension of its AOC. 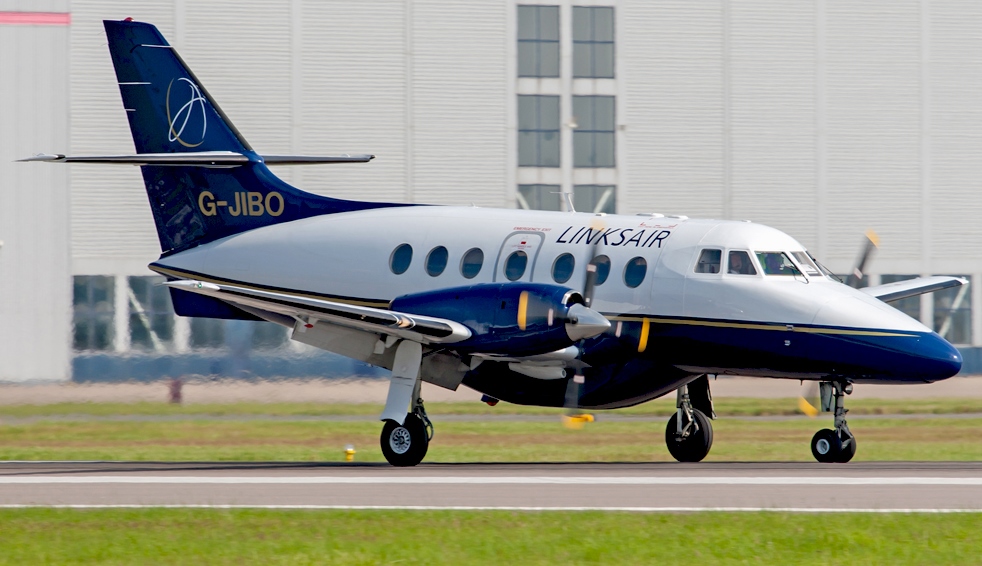 Equally, there was no mention of the Carlisle routes in the Chancellor’s statement, although local media are reporting that the Treasury has confirmed that the proposed routes from Carlisle to London Southend, Belfast and Dublin, are among those to share in the Regional Air Connectivity Fund. Quoting Stobart Group Chief executive Andrew Tinkler as saying it was “good news and a step towards getting flights”. “We’re certainly a lot closer now than we were this time yesterday” he added and that “Summer 2016 isn’t out of the question for starting flights”.

Carlisle Lake District Airport is conveniently located just six miles (9.65 km) east of Carlisle City and the M6 (J43 or J44) and is the gateway to the Lake District National Park, the Pennines, South West Scotland and Border regions. Nearest commercial airport is Newcastle, some 45 miles (73 km) away, while Leeds Bradford is 87 miles (141 km) away. 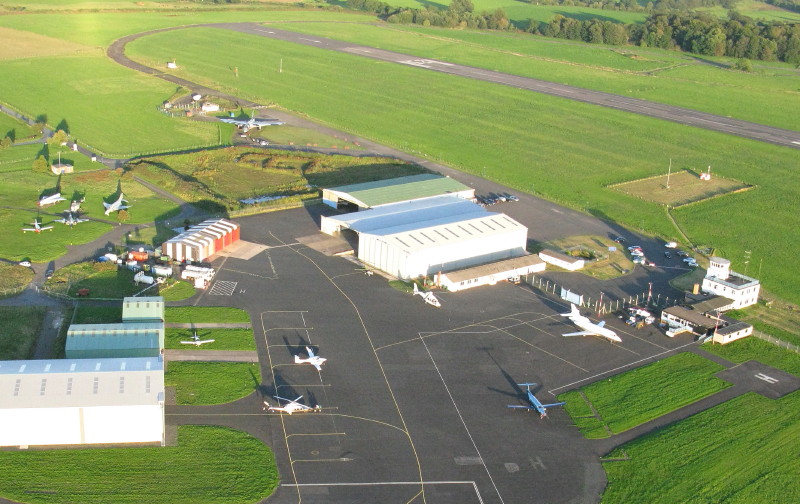 Mr. Tinkler also revealed that Stobart is in discussions with the CAA to upgrade the runway and for the installation of an instrument landing system at the airport. The project is expected to cost between £3 million and £4 million (around €4.25 – €5.68 million) and considerably more if Stobart opts to move the passenger terminal into a corner of the new freight distribution centre there. This would allow direct access to the terminal from the A689, however previous attempts to upgrade facilities at the airport have failed to receive planning permission, due to the objections of a local farmer.

While the plan is for Stobart Air, which is also owned by Stobart Group, to operate the three routes, aircraft availability would obviously be an issue. It only has two ATR42s, EI-CBK and EI-EHH, which would be the most suitable for this route. One of these is committed to the Donegal PSO while the other normally operates out of Southend. Its fleet of 12 ATR72 is also under pressure due to continued expansion and franchise agreements. It has been operating an additional aircraft, LY-MCA since 25th October on lease from Danu Oro Transportas. It has also taken delivery of an additional ATR72-600, EI-FMJ (c/n 1295), on 27th November. The new aircraft ex F-WWEZ arrived in Dublin at 18:59 on delivery as the STK509P from Toulouse in an all-white colour scheme. It entered service on the Dublin – Birmingham route operating the EI3274 on 29th November. A second aircraft, EI-FMK is expected.

Overall Flybe was successful in securing nearly half of the routes shortlisted. We have already commented on Flybe’s proposed double-daily return weekdays (and single return weekend) Norwich – Dublin route. In particular we queried if the frequencies proposed or if the route would be viable, once the three-year subsidy, which involves a 50% discount on landing fees, ends. So far the only comment has been on the Dundee to Amsterdam route, the approval of which was confirmed by the Scottish office. While the airport has said that it now needed to work with Flybe, Transport Scotland and Dundee City Council to “take the successful bid forward” although Flybe has said it has yet to reach agreement with the airport. Flybe currently operate on Southampton – Dublin, Exeter – Dublin, Inverness – Dublin, Bournemouth – Dublin, Cardiff – Dublin, Cardiff – Cork and Manchester – Knock.