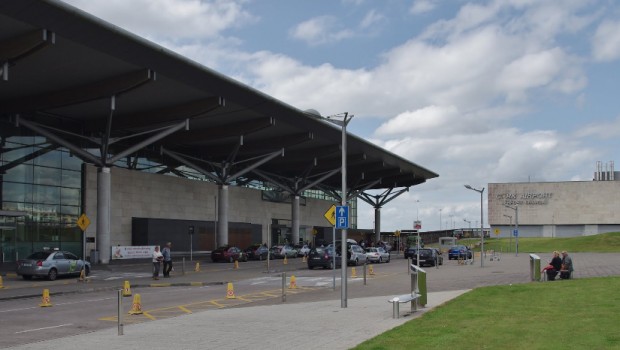 Cork Airport continued to announce additions to its 2016 summer schedules with the recent announcement of additional Spanish services. On 26th November, it announced a new Cork Madrid route, to be operated by the Iberia Group’s low-cost carrier Iberia Express, from 18th June 2016. The new seasonal Spanish service will operate twice-weekly, every Saturday and Wednesday, until September, ensuring sun seekers from the South will have even more choices next summer, as they will be able to fly on via Madrid to many Iberia Group destinations. In Spain these include Alicante, Malaga and Tenerife, while international links available will include Lisbon and Porto in Portugal, Marrakech in Morocco, and Buenos Aires, Mexico City, Montevideo, Sao Paulo or Santiago de Chile in Latin America.

This latest destination, in what is looking like being a bumper summer at Cork Airport, is more fantastic news for passengers from Munster. Just like Cork, Madrid is a beautiful city well known for its culture, shopping, sport events, world-class museums and lively nightlife. “It’s also very easy to reach other popular places in Spain from Madrid, which is right in the heart of the country,” noted Niall MacCarthy, Managing Director, Cork Airport.

Iberia Express currently operates on the Dublin – Madrid route, with a three per week frequency, also operated by an A320, on Mondays, Wednesdays and Fridays. The IBS3792/3 departs Madrid at 11:25 and arrives in Dublin at 13:00. The return flight leaves Dublin at 13:35 and arrives back in Madrid at 17:05.

Commenting on the new Cork route, Silvia Mosquera, Chief Commercial Officer, Iberia Express said: “This new route to Madrid is an important milestone for Iberia Express as it’s our second route from Ireland to Spain. Our customers will be able to fly from Cork to Spain and other Iberia’s destinations at competitive prices. With this flight, we will also make travel easier from Spain to Cork, which is a very popular destination for Spanish people to learn English and to visit the beautiful south-west of Ireland.”

The Cork – Madrid route followed the announcement on 24th November, that a weekly flight to Menorca from Cork Airport, would operate each Saturday throughout the 12 weeks of summer 2016, commencing on 25th June. The flight will be operated by CityJet, using one of their 98-seater Avro RJ85s. The seasonal service can be booked through Lee Travel or Stein Travel. The flight departs Cork at 16.30.

Declan O’Connell of Lee Travel said: “We’re delighted to be able to exclusively offer Menorca to our Munster customers this summer. It is the second largest of the Balearic Islands and is considered a perfect destination for a family getaway as it is less of a party island compared with its neighbours. Menorca is the most tranquil of the islands and thanks to its unspoilt beauty; it offers the chance to discover new charms and experiences.” Stein Travel’s David Slattery added, “Menorca is a hugely popular destination for sun seekers so we’re expecting a lot of interest in the new service. It is an island with an abundance of clean and quiet beaches and coastline so finding your own piece of paradise to relax and unwind won’t be difficult. And there’s plenty to do for the more adventurous including hiking, kayaking, sailing and biking.”

Welcoming the new service, Gonzalo Ceballos, Managing Director of the Spanish Tourism Office in Dublin said “We are delighted to see the launch of this new service from Cork to the Balearic island of Menorca. We believe Menorca is a fantastic destination offering a wide range of activities and experiences and with the added attraction of the sun. We wish to thank Lee travel and Stein Travel for making this destination accessible to Irish holidaymakers from Munster.”

Meanwhile, Norwegian, which announced a Cork to Boston service in September, is still awaiting a decision from the US department of Transportation (DoT) on its foreign carrier licence application, almost two years after it was submitted. “Norwegian Air International’s (NAI) application with the DoT is the longest pending of its kind – almost two years,” a spokesman for the airline confirmed.

He added “The application is in full accordance with the Open Skies Agreement between the US and the EU, and the EU has urged the US to approve NAI’s application without further delay. We urge the DoT to finally give their approval which will unlock the door for these new routes, bringing greater competition, more choice and better fares for passengers on both sides of the Atlantic.”

The airline said it would not be in a position to release details on fare costs or scheduling information on the proposed service, due to start next May, until the licensing decision is made.

First increase in passengers this year 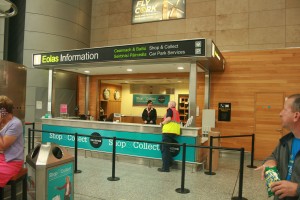 According to UK CAA data, the new Cork – London City route, introduced by CityJet, had 6,143 passengers in October, which more than exceed the increase in numbers at the airport. Overall London traffic is up just over 12,600 compared to last year. Load factor on route however, is reported to be below 50%.

Last year Cork Airport handled 2,144,476 passengers, well below the five million passenger capacity of its 28,300 sq. metres terminal, opened in August 2006. Although with 30 check-in desks and three incoming and two outgoing baggage belts, it is well placed to cater for any upsurge in demand. In addition, its Multi-Storey Car Park adjacent to the terminal has 630 spaces and is directly connected to the terminal building via a covered walkway.

Over 300 Cork students participated in the annual Cork Airport Christmas Trade Fair, where they had the opportunity to showcase 100 of their mini companies and their products and services, as part of the Schools Enterprise Awards. Initiated by the Local Enterprise Offices, the Schools Enterprise Awards are open to second level students across the country and has had over 17,000 participants each year. Students were interviewed by a panel of judges during the Trade Fair and rated on their business acumen. Prize winners were selected according to category during an awards ceremony at the end of the event, which took place on Thursday 26th November. Now in its 11th year (and its second year at the airport), the SEAs is the biggest enterprise competition for students in Ireland, helping them to grasp real life skills associated with running a real enterprise including working as part of a team, managing production and finances, organising a sales and marketing campaign and liaising directly with customers, judges and the media. 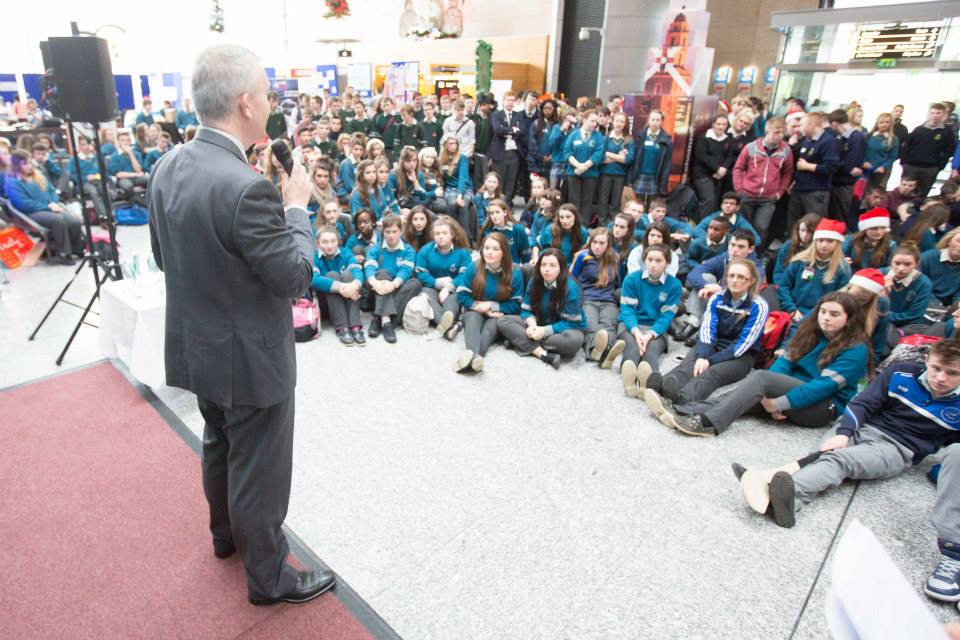 Niall MacCarthy, Managing Director at Cork Airport said: “We are delighted to host this fantastic event at the airport. It always creates a sense of enthusiasm and energy in the terminal with students showcasing real enterprise and creativity”. “I was astounded at the quality and standard of the products on sale” he added.

“We are delighted the Cork Schools Business Runway will be held at Cork airport again this year,” said Head of LEO South Cork, Sean O’Sullivan, adding, “It is a fantastic platform to showcase the innovation and achievements of Cork’s next generation of young entrepreneurs. Youth Entrepreneurship is so vitally important to our future economy and events such as this allow young student businesses to experience real world commerce”.

Saturday night, 21st November saw 1,700 runners brave a cold winter’s night to take part in the inaugural ‘A Lust for Life Runway 5K’ at Cork Airport. This was a new experience for Cork Airport, which it was delighted to share with Cork Athletics members, but it was not an evening for the faint hearted, as temperatures dropped to 5C with nowhere to hide from the cutting wind. 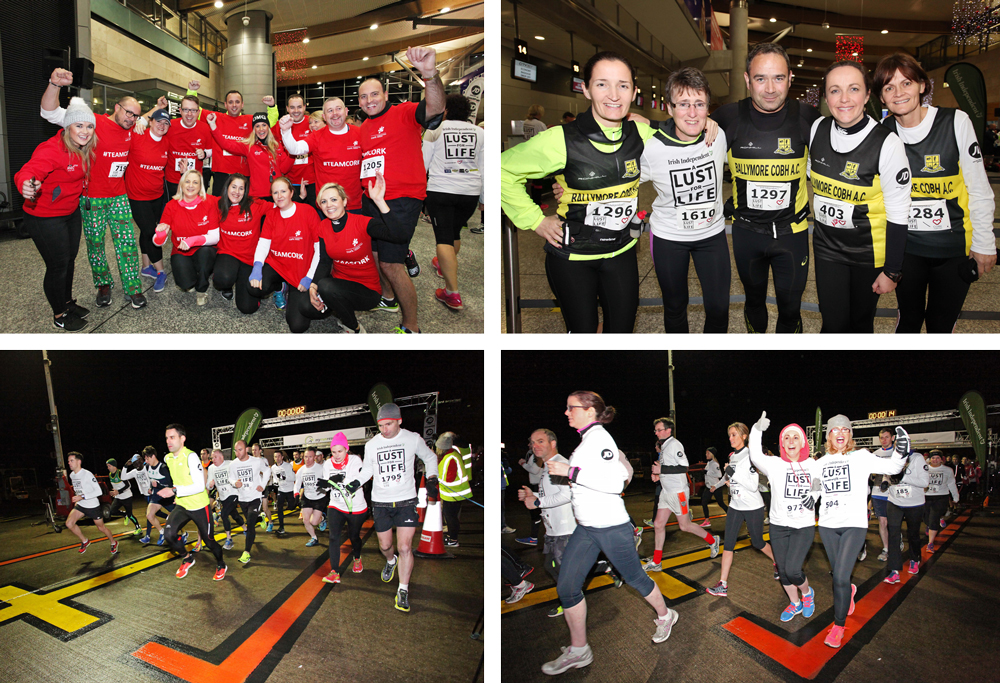 Ciaran Carton, General Manager Operations, Cork Airport in a comment said that the entire crew at Cork Airport “were proud to provide our world class facilities and support our partners at ‘Lust for Life’ and the Irish Independent to stage a really successful 5K run on our runway. Hopefully this is not a once-off event but rather the start of a great journey of self-discovery for everyone at Cork Airport for this inaugural runway run”. The run itself was in aid of two local charities, Cork City Hospital Children’s Club and Cork Mental Health Foundation and the inspiration for the run was Niall Breslin’s (Bressie) mental wellbeing initiative ‘A Lust for Life’. This was the key message for the evening with a clear focus on mental wellbeing.

Leading the way home was Michael Bruton, who came first with an impressive time of 15.54. Katie Hickson was named the fastest female finisher, completing the run in 20.03. A short video from the evening can be found below.