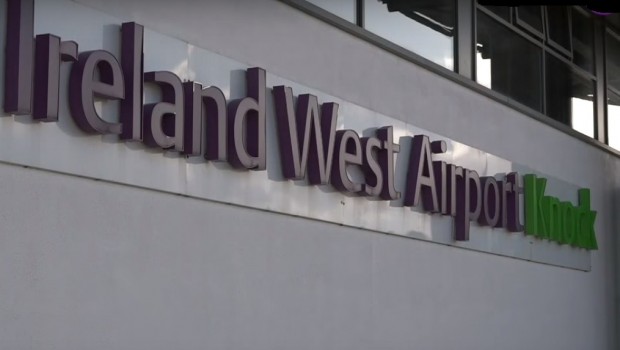 64,011 passengers travelled through Ireland West Airport Knock in September, making it the busiest September. in the airports history. However, this was only a 0.2% increase or just 158 passengers more than the same month in 2014. However, passenger numbers using the airports seven UK services increased by 10%, whilst numbers using continental European services to the likes of Alicante, Malaga, Faro, Tenerife and Lanzarote increased by 12%, contributing to a record month for the airport.

All of the airports main airline partners, Flybe, Aer Lingus and Ryanair showed an increase in passenger numbers and more importantly, strong increases in load factor during the month.

Commenting on the record numbers for September, Joe Gilmore, Managing Director Ireland West Airport, said “We are delighted to have recorded our busiest month of September in the airports history. It’s another very proud milestone to reach and further demonstrates that passengers are increasingly choosing the convenience of flying from their regional airport. The double digit growth in particular on our UK services is most welcome and research carried out during the summer has highlighted the airports location as the central access point to the Wild Atlantic Way, as a key reason for the increasing numbers of UK tourists visiting the West of Ireland”

Over 15,000 passengers were expected to pass through Ireland West Airport Knock over the October bank holiday weekend. Passenger numbers are expected to be up by 15%, over the same weekend last year, with over 75 flights scheduled to arrive and depart from the airport, over what was expected to be one of the busiest weekends of the year. The weekend bank holiday also saw the official end of the summer schedule and the start of the winter schedule.

This winter will see the airport offer the biggest selection of services to UK airports from any airport in the West and North West of Ireland, with direct flights to Liverpool, Manchester, East-Midlands-Nottingham and three airports in London (Gatwick, Luton and Stansted) and also weekly flights to sun drenched Lanzarote in the Canary Islands. In total, there are over 375,000 seats available to and from the West of Ireland Airport this winter. The airport now serves 21 international destinations and is served by leading European airlines Aer Lingus, Flybe and Ryanair.

€7.3 million investment to go ahead after Galway vote

Galway City Councillors voted in favour to invest in Ireland West Airport Knock at their monthly meeting on 14th September, becoming the last council in the region to agree to such investment, meaning it can now go ahead. At the meeting, the City Councillors agreed that Ireland West Airport Knock provides significant economic benefits to Galway city and the wider region. The investment proposed will see Mayo County Council raise a loan of €7.3 million in total on behalf of seven local authorities, including Galway City Council, and each local authority will contribute to the repayment of the loan charges on an annual basis, over a period between 20 and 30 years. Galway City Council’s contribution is expected to be in the range of €50,000 to €60,000 for the period of the loan. The investment is subject to certain conditions including the councils collectively getting a 17.5% equity stake in the airport. 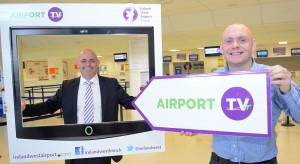 In a first for an Irish airport, Ireland West Airport Knock launched a new innovative online TV Channel – ‘AirportTV’ in early September. The channel broadcasts the latest news stories from the airport, as well as lives events as they happen, which should offer an insight into the day to day operations of the airport.

Regular monthly features include the travel experiences of passengers who use the airport, holiday reviews of its 21 International destinations, as well as a showcase of local food/gift producers and tourism providers from across the West of Ireland. As well as being broadcast online on http://www.irelandwestairport.com/airporttv it is also screened on TV screens throughout the airport for passengers to enjoy as they travel through the airport.