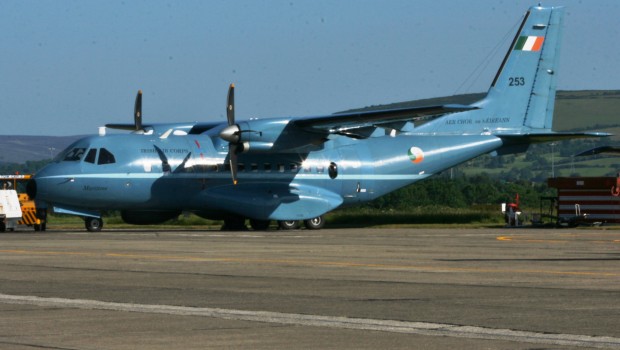 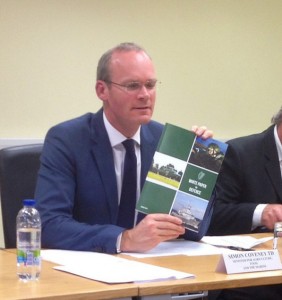 Following the budget announcement on 13th October, the Minister for Defence, Simon Coveney, was quick to welcome the increase in the budget for Defence for 2016. Announcing an overall allocation of €904m in Defence funding for 2016, he said that this increased allocation represented “a new very significant commitment to Defence and will allow Defence to deliver on the commitments outlined in the recently published White Paper on Defence”. He went on to say that the Budget announcement marked, “a new chapter in spending and commitment for the Defence Forces”, adding that Defence expenditure, is now linked to the White Paper on Defence. “It will also facilitate the implementation of the White Paper proposals, including the replacement of major equipment platforms and other priorities for the Army, Air Corps and Naval Service” he added.

Minister Coveney emphasised the significance of the Capital allocation of €66 million in 2016 and €437 million over the period of the ‘Building on Recovery Infrastructure and Capital Investment 2016-2021 Plan’, which he said would allow Defence, to prioritise and plan for significant capital investment programmes, over the coming years. Looking at this multi-annual investment, the breakdown is as follows:-

However, of the gross allocation to the Defence Sector, provided in the 2016 estimates, €224 million is for Army Pensions (Vote 35), with the balance of €680 million, being for Defence (Vote 36). There are over 12,100 military pensioners paid from the Army Pensions estimate, which is largely non-discretionary and demand-driven. Some €498 million of the Defence Vote provides for the pay and allowances, of over 10,500 public service employees (military personnel, civil servants and civilian workers). When you compare the figures for 2015 and 2016, the increase in the Defence vote is just €3 million. Looking at the expenditure on Defence, expressed as a percentage of Gross National Product, expenditure in 2015 was only 0.5%, down from 0.6% in the previous three years (2012-14) and from 0.7% in 2011. 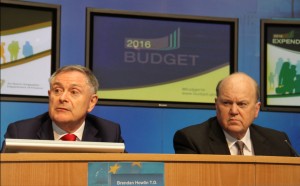 In the White Paper it was recognised that “significant additional funding is required simply to maintain existing levels of capability and associated operational outputs”, so a €3 million addition to the estimate hardly makes a dent in it. Nevertheless the Minister believes that this budgetary allocation, will allow Ireland to continue to deliver on all roles prescribed for the Defence Forces, both domestically and overseas. The non-pay allocation of €182 million (including €66 million in capital), provides mainly for essential and ongoing Defence Forces standing and operational costs. together with the necessary procurement and upgrading of defensive equipment. However, the Naval Vessel Replacement Programme is a significant component of this with over €45 million being allocated sub-head A.11, Naval Vessels (Equipment & Support) in 2015 and nearly €69.5 million in 2014, which allowed the delivery of LÉ James Joyce during the year and the acquisition of the third ship purchased under the programme, the future LÉ William Butler Years, scheduled for delivery in July 2016.

Another key point is the significant reduction of capital funding over the past 7 years. This means that developing and maintaining infrastructure (all buildings and permanent installations), not to mention acquiring new assets, will be very challenging over the lifetime of the White Paper. 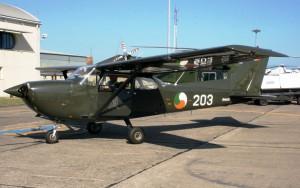 As part of the capital budget there is a requirement to carry out major building refurbishment in a number of areas, including Casement Aerodrome. In addition there is a requirement to replace the existing five Cessna 172’s as a matter of urgency. The White Paper proposed that they be replaced “with three larger aircraft suitably equipped for ISTAR (Information, Surveillance, Target acquisition and Reconnaissance) tasks”. However, under sub-head A.9, ‘Air Corps – Aircraft, Equipment and Support’, only €2 million is being provided for capital purposes and while this is better than the €100,000 provided in 2015, it would barely cover a deposit on the replacement Cessna aircraft.

Looking at the figures, it is hard not to be disappointed with the allocations announced. Worse it is very hard to see how the immediate needs, of the Air Corps in particular, can be met by this meagre provision. Looking at the capital allocations for the period to 2021, it is also hard to see any major improvement, with just a €1 million increase in each of the years 2017/8, with a further €11 million in 2019/20, when the CASA 235s are due for replacement. It is hard to see how their replacement could be funded, let alone allow any consideration to be given to their replacement with “larger more capable aircraft”, that would enhance maritime surveillance and provide “a greater degree of utility for transport and cargo carrying tasks”, as outlined in the White Paper. In 2021 the allocation is €81 million, just €15 million more than 2016, which means that no matter what the interdepartmental high-level group of officials, chaired by the Department of Defence, which is reviewing “the medium to long term options for the future provision of an independent off-island air transport service for high level delegations” comes up with, it will be virtually impossible to fund any significant replacement for the Learjet 45. With regard to the development of a radar surveillance capability, which is also a priority for the Air Corps, I would not be holding my breath for that one, never mind the development of “a more capable air combat/intercept capability”. 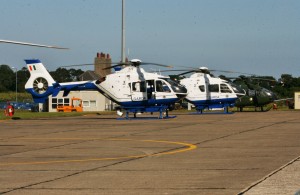 Finally and looking at other Aviation related expenditure just over €1 million was provided in the Garda Síochána estimates for 2015 under the A.7 sub head ‘Aircraft’, while over €76 million was provide in the Department of Transport, Tourism and Sport’s budget, under the C.3 sub head, ‘Maritime Administration and Irish Coast Guard’, which includes expenditure on the SAR Helicopter contract. 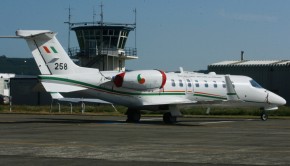 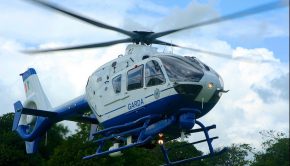