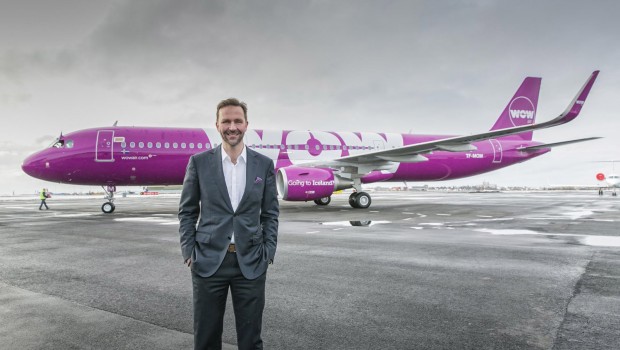 Following the success of its Dublin to Reykjavik route, which carried almost 3,300 passengers with a load factor of 81%, in the first month of service on the route, WOW air, announced the return of its introductory offer of €133 one way transatlantic fares, including taxes, for Irish customers. The fares from Dublin Airport to Boston and Washington DC via Reykjavik went on sale on 16th September are were available on selected dates between 1st October to 15th December 2015, and 10th January to 10th March 2016. The flights from Reykjavik to the USA are operated using WOW air’s fleet of two Airbus A321-211 extended range aircraft, TF-DAD and TF-MOM. The airline’s Airbus A320 aircraft carry passengers from Dublin to Reykjavik on the first leg of the journey, although the larger A321s or the smaller 144-seat, A319-112, OY-RCH, leased from Atlantic Airways, are sometimes substituted. There is then a two hour layover ahead of onward travel to the US. Direct scheduled service between Dublin and Reykjavik are also available from €69 one way including taxes and charges.

Skúli Mogensen, CEO of WOW air, said: “Modern travellers are smart travellers. They prefer to spend less money on airfares so that they can spend more on experiencing their destination. We are thrilled to be able to make transatlantic travel accessible for people who otherwise would not be able to afford it. We made a promise to keep offering low fares between Dublin and the USA, and these new €133 fares are proof of this.” 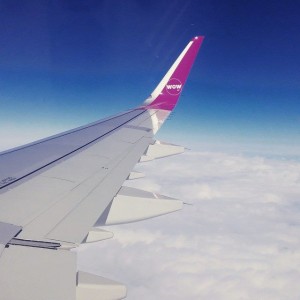 A quick check on their website (wowair.ie), confirmed that one-way fares to Reykjavik are indeed available from €69, on several dates in October, for example, but rose as high as €255 on others. Return flights from Reykjavik to Dublin start from €79.77 in October. However, being a low cost carrier there are a number of extra charges, for pre-booked seats, food and checked in luggage. WOW Air allows one cabin bag of less than 5kg for free but one 20 kg (44 lbs) checked in bag will cost either $38 or $67 (€34.69/€61.16) per flight, of less than four hours, or $48 or $67 (€43.82/€61.16) for flights over four hours, depending on whether the bag is booked online or at check-in.

We previously noted that WOW air, enjoyed a sharp increase in passenger numbers system wide in June 2015. These figures were up 49% compared with the same period in 2014. Some 83,000 passengers travelled with WOW air during the month, with passenger load factors also up to 84%, an 8% increase over the same period the previous year. This has prompted WOW air to engage in talks to buy two more Airbus A321s, which will help it add more trans-Atlantic destinations and increase its foothold in the low-cost long-haul travel market. The new additions, which will bring Wow Air’s fleet to seven, will be used for new routes to North America from next spring, adding to the airline’s existing Boston and Baltimore-Washington International destinations. 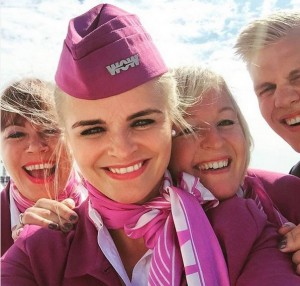 “We will be adding a couple of A321s,” Mr. Mogensen, confirmed, but declined to say, who the airline is in talks with, to buy the new aircraft “When we go into a market, we have become more and more confident that we can, with the low prices, do enough stimulation to grow the market sufficiently,” he said. WOW aims to increase its passenger numbers from 750,000 this year to up to 1.3 million in 2016 and six million by 2020. Attaining such target would apply a fleet of more than 30 aircraft by 2020. Such growth would require some external financing. “It would be the prudent, correct thing to do, to bring in the right investor,” Mr. Mogensen added, but did not give specifics or details on timing. WOW air is also on track to make a profit 2015, a first since it was established four years ago.

Meanwhile, WOW air has taken its A320-200 operations in-house once again by registering and operating the two ex-Air Via A320-200s that the Bulgarian carrier had previously operated on behalf of the airline. Following in the tradition of registrations used on the A321s, the two aircraft have been registered TF-SIS (ex LZ-MDC c/n 4270) and TF-BRO (ex LZ-MDD c/n 4305). They were first noted in service as follows, TF-SIS on 12th – 13th September operating on the Reykjavik London Gatwick and TF-BRO on 18th September operating on the Reykjavik – Copenhagen route. TF-SIS first appeared on the Dublin route on Tuesday 22nd September operating the WOW852/3.