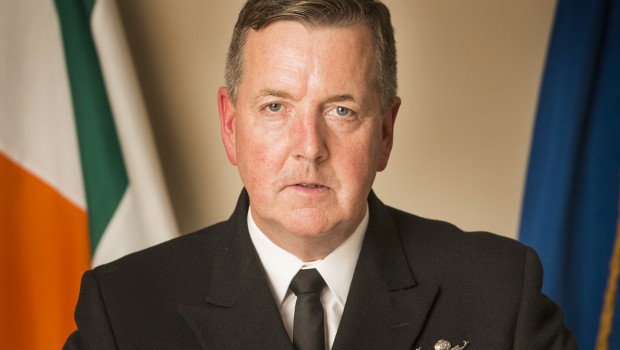 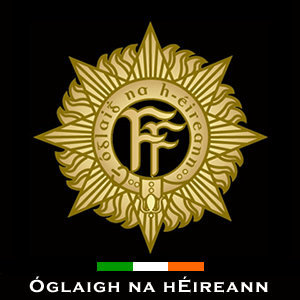 Rear Admiral Mellett, who was appointed to the position of Deputy Chief of Staff (Support) of the Defence Forces in November, 2013 was promoted to the rank of Vice Admiral and took up his position as the new Chief of Staff and will formally take up the appointment from midnight on 28th September.

During the ceremony which was held in McKee Barracks Dublin, Minister Coveney presented the Distinguished Service Medal (with Honour) to Lieutenant-General O’Boyle. 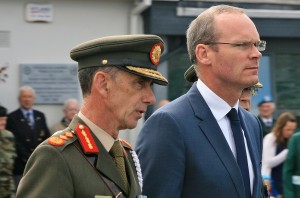 On 9th September, the Minister for Defence, Mr. Simon Coveney TD, announced the appointment of Colonel Kevin Cotter to the position of Deputy Chief of Staff (Support) of the Defence Forces with effect from 29th September in succession to Rear Admiral Mark Mellett with effect from the 29th of September 2015, and will assume the rank of Major General. The Deputy Chief of Staff (Support) is tasked with military support matters by developing and implementing policy, plans, guidance and procedures for the Army, Air Corps and Naval Service.

The Cabinet approved the appointment at its meeting on the previous day. Colonel Kevin Cotter is a Communications and Information Services Corps officer who is currently the Director of Strategic Planning in Defence Forces Headquarters based in Newbridge, Co. Kildare.

He is a graduate of Dublin Institute of Technology and the Command and Staff Course, Military College and his most recent senior appointments include a period on the European Union Military Staff in Brussels and a period in the Military College, Curragh Camp. Colonel Cotter has extensive overseas experience having served in Lebanon, Bosnia, Kosovo and Liberia, Major General Cotter was born in New York, moving to Limerick in his youth and is married with one child. His interests include strategic affairs and outdoor pursuits.

Speaking of the appointment Minister Coveney said “I wish Colonel Cotter every continued success and I know he will make a significant contribution to the Defence Forces in his new role as Deputy Chief of Staff (Support). I look forward to working closely with him in the future”. 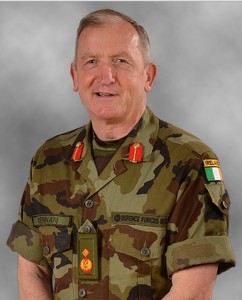